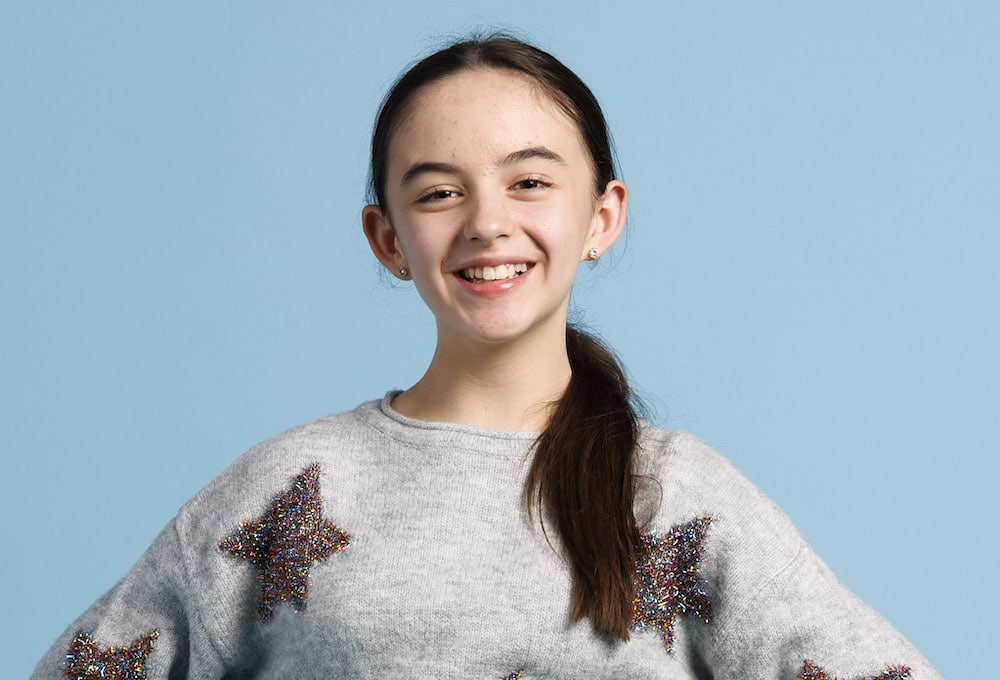 A Gilford schoolgirl is set to take to the stage in a leading role for RTÉ’s Toy Show The Musical in Dublin next month.

Clare Keeley is one of three girls who will play the lead character Nell in this brand-new, original Irish musical at The Convention Centre Dublin, which opens on December 10.

Speaking to Armagh I, Clare said: “I was so delighted and in disbelief when I found out! I’m just so lucky to have been chosen for this amazing role and I am still pinching myself.

“I am so, so, so excited to be on stage in the convention centre with this whole amazing team who have now become my friends.”

Clare said it was “my biggest role to date”.

“I’ve been lucky enough to have taken part in other shows but nothing as big as this but hopefully I’ll get to be a part of many more productions in the future,” she said.

And someone who has been equally ecstatic is Clare’s proud mum Denise.

“We are so delighted and proud,” Denise told Armagh I. “It is such an amazing opportunity for Clare to be able to work with an amazing team and have her first professional debut.

“It is a big commitment but also an equally big opportunity for Clare and we couldn’t do anything else but make this possible for her. We are just so excited for her.

“Clare has worked very hard to get to this point even though she is only 12. She is just so lucky to have amazing triple threat training with Stagebox and also her local dance school (Blevins Academy of Dance in Portadown) and singing school (Flynn Performing Arts in Newry).”

Denise says the reaction has been fantastic.

“Everyone has been so supportive and encouraging and really cheering her on and we couldn’t be more grateful.”

Clare will also share the role of Nell with Ceola Dunne, 10, from  Dunsany, Co. Meath and Doireann McNally, 11, from Dundalk, Co. Louth.

Speaking about the casting of Ceola, Clare and Doireann, Toy Show The Musical Executive Producers Jane Murphy and Katherine Drohan said: “These young girls are extraordinary; they each embody Nell’s character from head to toe. It’s honestly like they were born to play this role. Singing, acting, dancing, and acting the maggot…. all at once!”

Toy Show The Musical will run from December 10th, 2022, in The Auditorium, The Convention Centre, Dublin. Tickets are priced from €25. For further information and to purchase tickets, go to www.rte.ie/toyshowthemusical