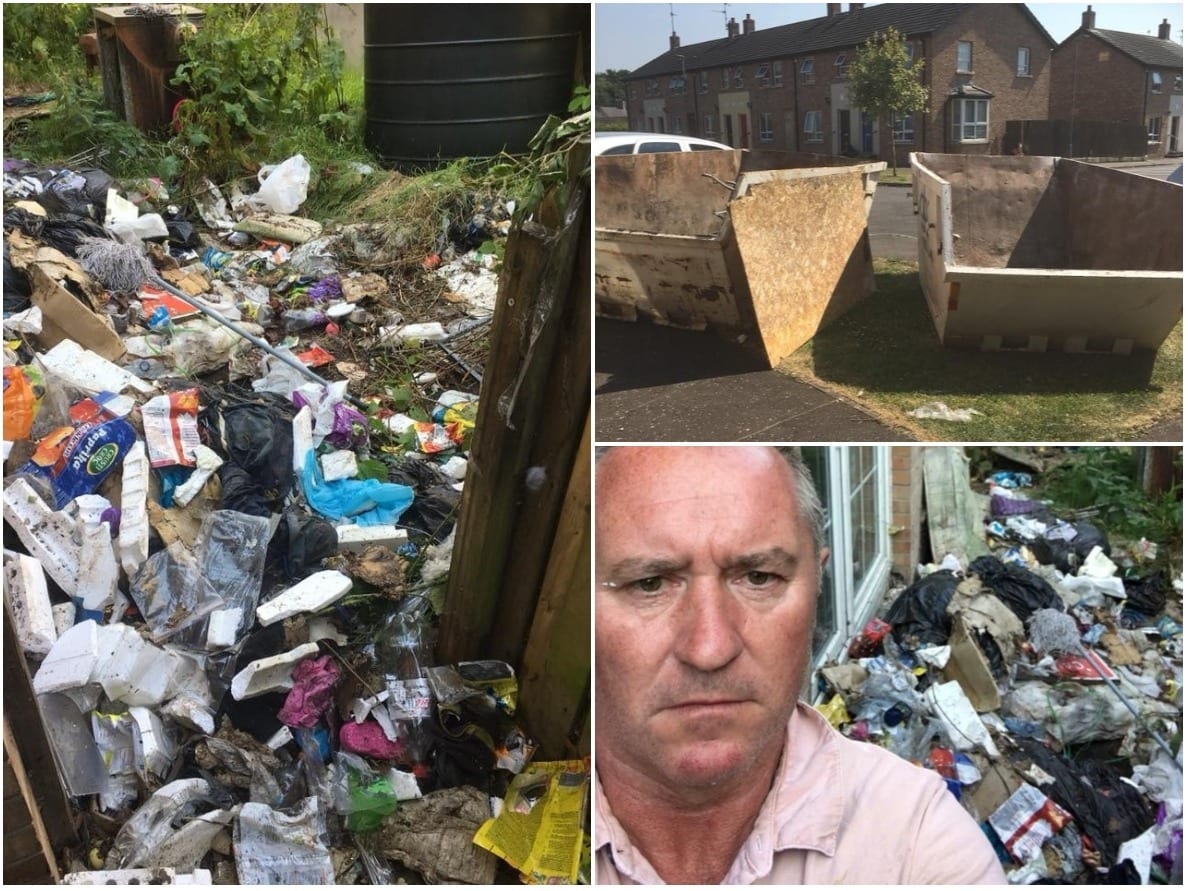 A scene described as “fly-tipping at its worst” has seen a team from the Council’s environmental health swoop in this morning (Friday).

The team, along with outside contractors, were called in to help clear away months of rubbish from a vacant house in Lurgan.

SDLP councillor Declan McAlinden says he has spent months dealing with the issue on Castle Lane Mews, which has seen tonnes of household rubbish dumped at the rear of vacant property in the area.

“Thanks to Armagh, Banbridge and Craigavon Borough Council environmental health staff and outside contractors for the unenviable task of having to clean this mess up.

“Three skips have already been filled with another two to finish the cleanup.”

He added: “I will be contacting the Northern Ireland Housing Executive to get the house fenced off.”