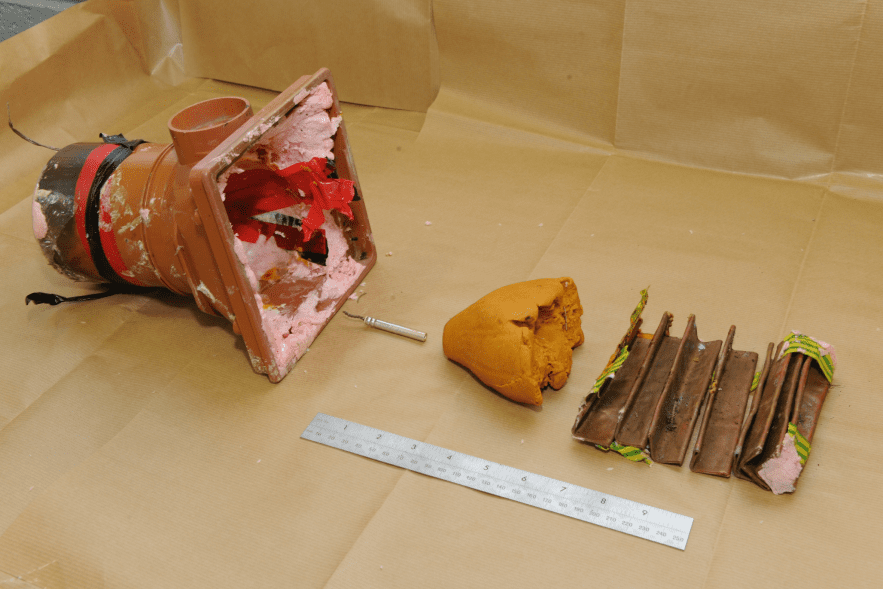 Device discovered by police in September 2016

A Co Armagh has been banned from going within 800m of any dissident republican gathering, the High Court has ruled.

Shea Reynolds, 24, from Kilwilke Road Lurgan, is accused of being part of a terror plot targeting a retired police officer.

He faces a charge of preparing a terrorist act, namely targeting a former member of the security forces following the discovery of an improvised explosive device in Lurgan in September 2016.

He was one of four men arrested at the time.

With a trial not expected until next year, Reynolds was today (Monday) released on bail.

It was granted after defence lawyers outlined the length of time their client had already spent in custody, as well as his clean record.

The judge, however, imposed strict conditions, which included a curfew and electronic monitoring.

He was also banned from contacting any co-accused or witnesses, ordered Reynolds to surrender his passport and set the cash surety at £4,000.

The judge also told him that he must not attend or be within 800m of any gathering, rally or protest involving dissident republican activity.