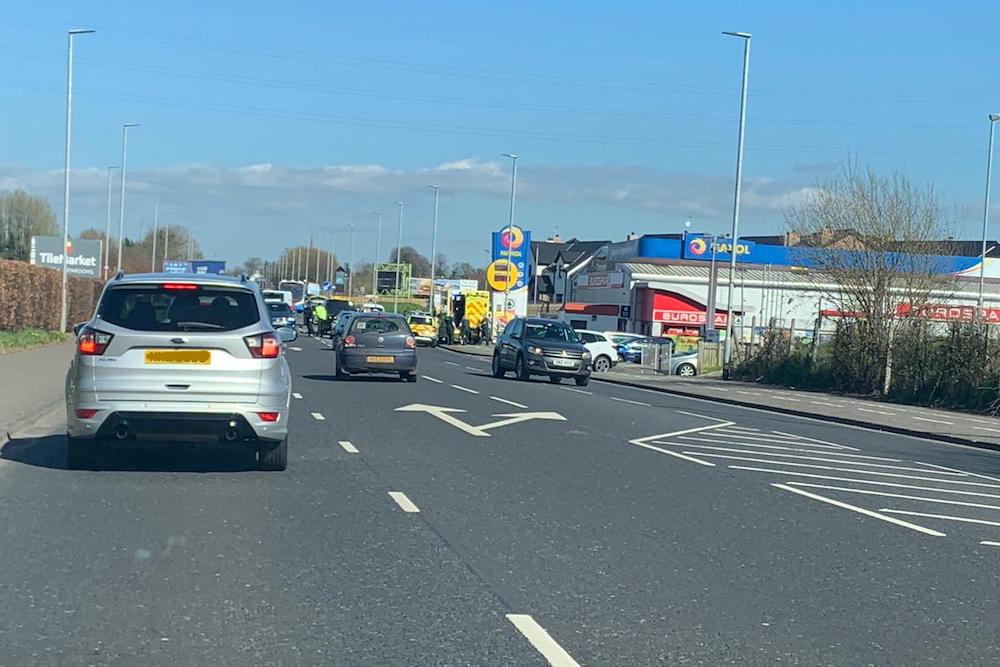 A child was lucky to escape with “superficial” injuries after being clipped by a car in Lurgan earlier this afternoon (Friday).

The youngster is understood to have inadvertently walked out in front on oncoming traffic on the Portadown Road – at the junction with the Gilpinstown Road, close to the Maxol garage, shortly after 3pm.

While the child was left badly shaken, they only suffered minor scratches, according to a police spokesperson.

Police attended the scene and spoke to the driver of the vehicle who was then cleared to carry on their journey.

Two ambulance crews also attended and checked the child over at the scene.

The road remained opened for traffic and after initial investigations and speaking to witnesses, police cleared the scene and sent the child and parent on their way.