Bank machine in Co Armagh smashed up in ‘homophobic’ attack 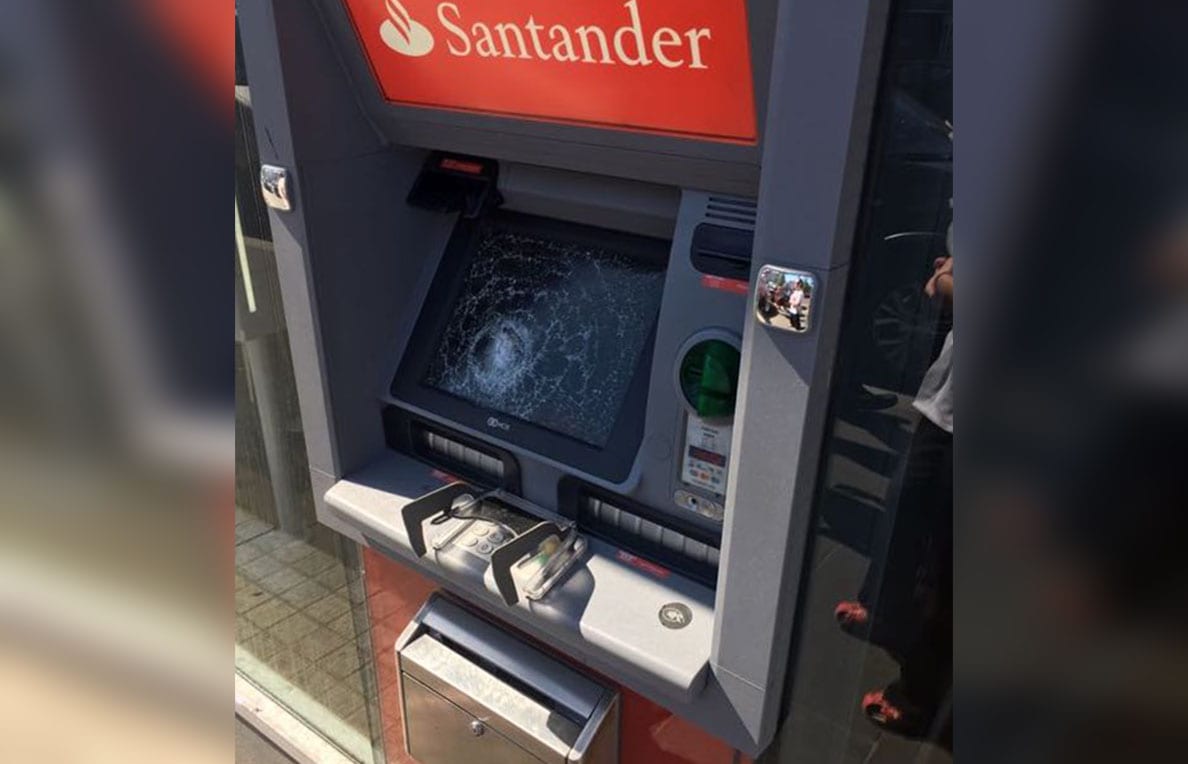 A bank machine in Lurgan has been smashed up in a suspected “homophobic attack”.

The ATM at Santander Bank on Market Street was smashed up and scrawled across because of their messages of support for Pride.

“ATMs outside the Santander bank in Lurgan were smashed because messages of support for Pride were displayed on the screens,” he said.

“The bigots then scrawled anti-gay messaging on the machines.

“This is an attack driven by hatred and the culprits should face the full rigour of the law.”

There are no further details, however, if you did witness this incident or have any relevant information please contact police on 101.