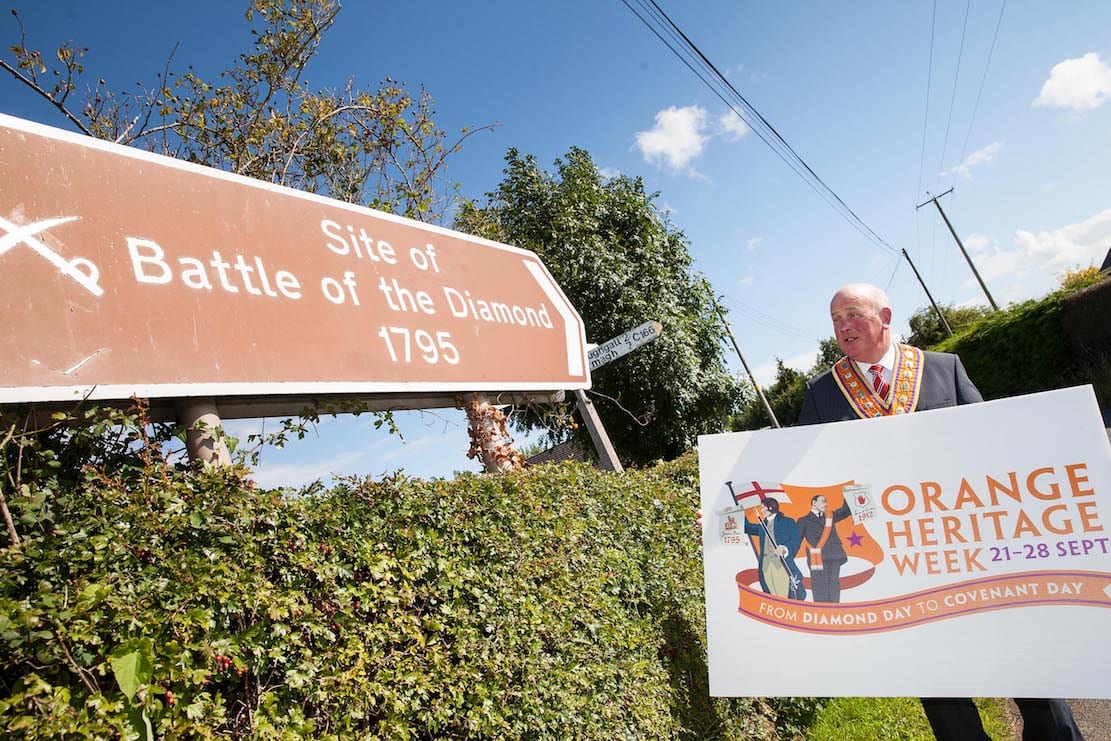 The birthplace of Orangeism will be centre stage next week as the Orange Institution plays host to its second annual heritage week.

The Orange Tree Festival in Co Armagh will explore the formation of the Loyal Order through, music, song and cultural experiences.

The three-day event, held in Loughgall, will be one of a programme of activities running from September 21 – 28, aiming to celebrate and inform audiences about the origins of the Institution, its membership and its influence on wider society.

Other confirmed events include tours of, and events at, Carleton Street Orange hall, Portadown; a series of activities at Limavady Orange heritage centre; and an Orange Order themed trail of Belfast City Cemetery.

The Tree Festival will kick-off this year’s heritage week with guided tours of Dan Winter’s Cottage and the Museum of Orange Heritage in Co Armagh. Other highlights include traditional musical performances and workshops, historical talks and a panel discussion on Orangeism.

In nearby Portadown, Carleton Street Orange hall will be hosting a packed programme of events including audio tours of the historic building; a children’s treasure trail; a concert and the launch of three exhibitions; Portadown
Orangemen on the Western Front, Drumcree: 20 Years On and Orange & Industry.

Meanwhile, history will be the focus in Limavady as the Orange heritage centre holds a number of lectures, including the involvement of Roe Valley Orangemen in the First World War.

He said: “Following on from our inaugural heritage week last year, we are delighted to be once again organising a variety of events and activities across the Province.

“By showcasing the impressive cultural heritage of Orangeism and its significance, this latest venture aims to educate and inform all sections of society about our traditions and identity.

“I wish the respective organisers every success with their endeavours; and would encourage all of our members, and the wider public, to get involved and show their support for this tremendous initiative.”