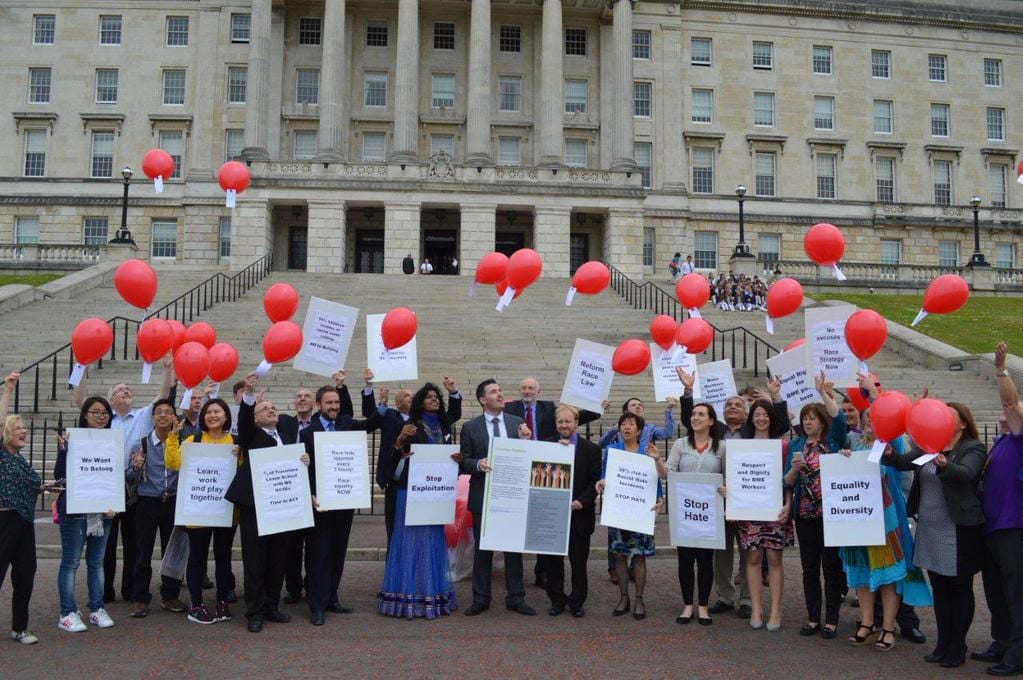 An event to mark one year since a Racial Equality draft was published was held outside Stormont this week.

MLA Megan Fearon was among those who took part in a balloon launch outside the government building.

“The main issues for any such strategy are the need for legislative reform tackling hate crime, the need for research and monitoring, better linkages with TBUC and Delivering Social Change and the need for a robust implementation plan,” said Ms Fearon.

“I appreciate and share the concerns at the delay in the strategy coming forward. Our Joint First Minister Martin McGuinness has also been frustrated at the delay. Sinn Fein wants to see the strategy published and acted on as a matter of urgency.

“There has been a high level of public interest in the strategy and I believe that the high response to the consultation is evidence of the importance of these issues and of the need to get the strategy right.”

The MLA said hate crime remained a problem in Ireland.

“I condemn all racist attacks. They are wrong.  They are unacceptable and they must stop.  I would encourage anyone who is a victim of such attacks to report them to the PSNI,” she said.

“The investigation of hate crime is the responsibility of the PSNI and the immediate focus must be on supporting the police to bring the perpetrators of these attacks to justice.

“There is also a responsibility on communities to support the victims of racist attacks.  No victim should be made to feel isolated or vulnerable.  Local people showing their support for victims of racist hate crime sends out a message that the racists do not represent them and that a racist attack is an attack on the whole community.”