A selfless individual, he was the consummate professional, going the extra mile for all of those he was proud to represent 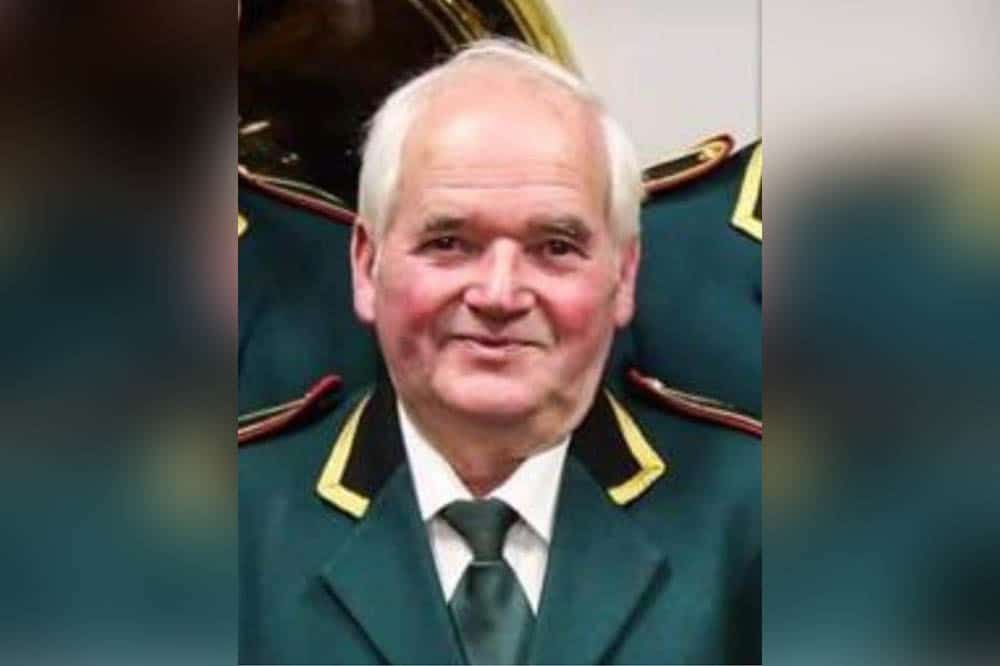 Mr Rollston, who was in his late 70s and lived at Knappagh Road, Killylea, was a much-loved local representative for the Orchard Ward.

He served the people of the area for the best part of two decades, being represented on all of the major committees and decision-making bodies.

A farmer, he championed efforts for the rural community and the agricultural sector in particular, always first up to lend a helping hand.

A selfless individual, he was the consummate professional, going the extra mile for all of those he was proud to represent.

As a councillor he believed in giving back to those who elected him and did his absolute best; knocking on doors to see what needed to be done and making phone calls to help find resolution to issues of concern, in his own ward and across the district he was an up front and present politician who genuinely cared and sought to make a difference.

Charles Rollston – or Charlie as he was known – first stood in a local government election to Armagh City and District Council in 1993.

He would successfully contest three further local government polls and, when he decided to retire from local politics, his daughter-in-law, Joy, would take the seat he had held with diligence, dedication and distinction, she first standing for election in 2011.

It was in June 2007 that his Ulster Unionist Party colleagues returned Councillor Rollston as the first citizen of Armagh City and District, taking over the mayoral reins from the DUP’s William Irwin, a fellow farmer who now represents Newry and Armagh as an MLA at Stormont.

Undoubtedly the highlight of his year in office came in 2008 when Her Majesty The Queen and the late Prince Philip visited Armagh to present Maundy Monday at a special service at St Patrick’s Church of Ireland Cathedral.

During that visit to Armagh – the last by the Queen ahead of this month’s NI Centenary Service at the same St Patrick’s Cathedral – Mayor Rollston was on hand to formally welcome the Royal party to the city.

In the company of Lord Caledon and former Headmaster Paul Crute, he did so as they attended the Royal School Armagh, where celebrations were jointly taking place to mark the 400th anniversary of the five ‘Royal Schools of Ulster’ in 1608.

Outside his work in politics, Mr Rollston had been a highly-respected member of Killylea Silver Band, and was deeply involved in its activities and programmes for many years; indeed, he had served as a trustee.

Just three years ago, he was beyond proud to attend – along with fellow band members – the official opening of Killylea Silver’s ‘new home’. The Old School Community Hall was transformed after a complete refurbishment and renovation project produced a superb facility, with meeting space for the entire community thanks to a Big Lottery Fund-backed project.

The passing of Mr Rollston has robbed community and county of a gentleman, diminutive in stature but a giant in all he achieved, all he delivered, and his contribution will live on as a testament to the man and a lasting legacy for future generations to enjoy.

Chairman Danny Kennedy said: “Charlie was a former Ulster Unionist Councillor in the old Armagh City and District Council. He served as Mayor and was a very distinguished local government representative. He was a hard-working and dedicated individual, fair-minded and very public spirited.

“I worked closely with Charlie and always had enormous respect for him as an individual and councillor and I would like to send my condolences to his family.”

Ulster Unionist Alderman Jim Speers – who served alongside him in the Orchard Ward – added: “I have known Charlie all my adult life. He was a committed unionist, a real character and a gentleman in every sense.

“He was a dedicated public representative and represented the Orchard electoral area with me on Armagh City and District Council between 1993 and 2011.

“He was also extremely supportive of me in my role as Group Leader and was committed to working for the entire community in the wider Armagh area.

“I have lost a good friend and colleague and a fine gentleman. My thoughts today are with his wife Irene and the family circle.”

Mr Rollston’s funeral will take place on Thursday at 2pm at Knappagh Presbyterian Church, followed by burial in the adjoining graveyard.