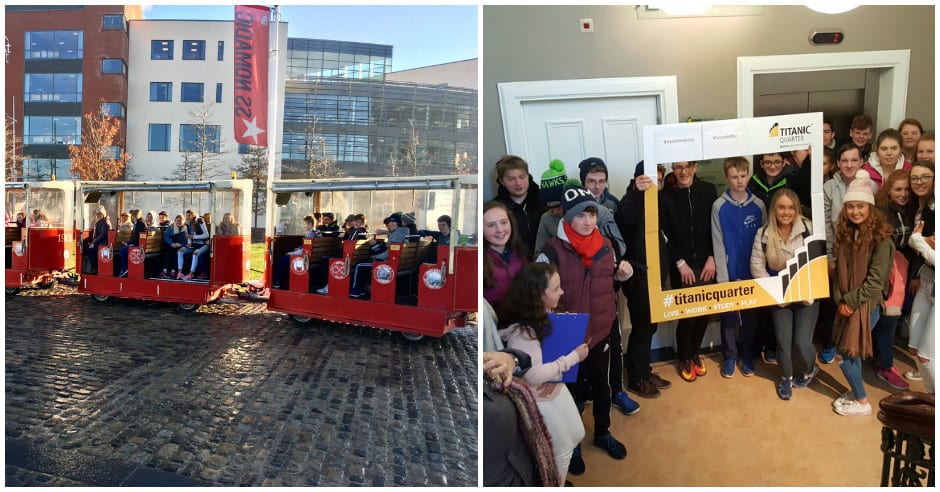 Philip Corr, Titanic Quarter Ltd’s Project Manager provided a presentation on mixed-use and sustainable development, infrastructure and architecture, and how sustainability features such as ground heat pumps, solar power and biomass are used in  the waterfront development.

The pupils also enjoyed a tour of Titanic Quarter on the ‘Wee Tram’ with Rev. Chris Bennett, Chaplain to Titanic Quarter, who spoke about community life and the area’s regeneration.

Belfast’s Titanic Quarter is one of the world’s largest urban-waterfront regeneration projects.

Master-planned over 185 acres on the site where RMS Titanic was designed and built, Titanic Quarter is redefining what it means to work, live, and play in central Belfast. During a decade of development Titanic Quarter is evolving into a world class tourism destination, an educational and media campus, a residential community, with space for premium retailer outlets and Grade A offices.