Tree or not your tree? Stalemate as branch hangs dangerously over Co Armagh housing estate 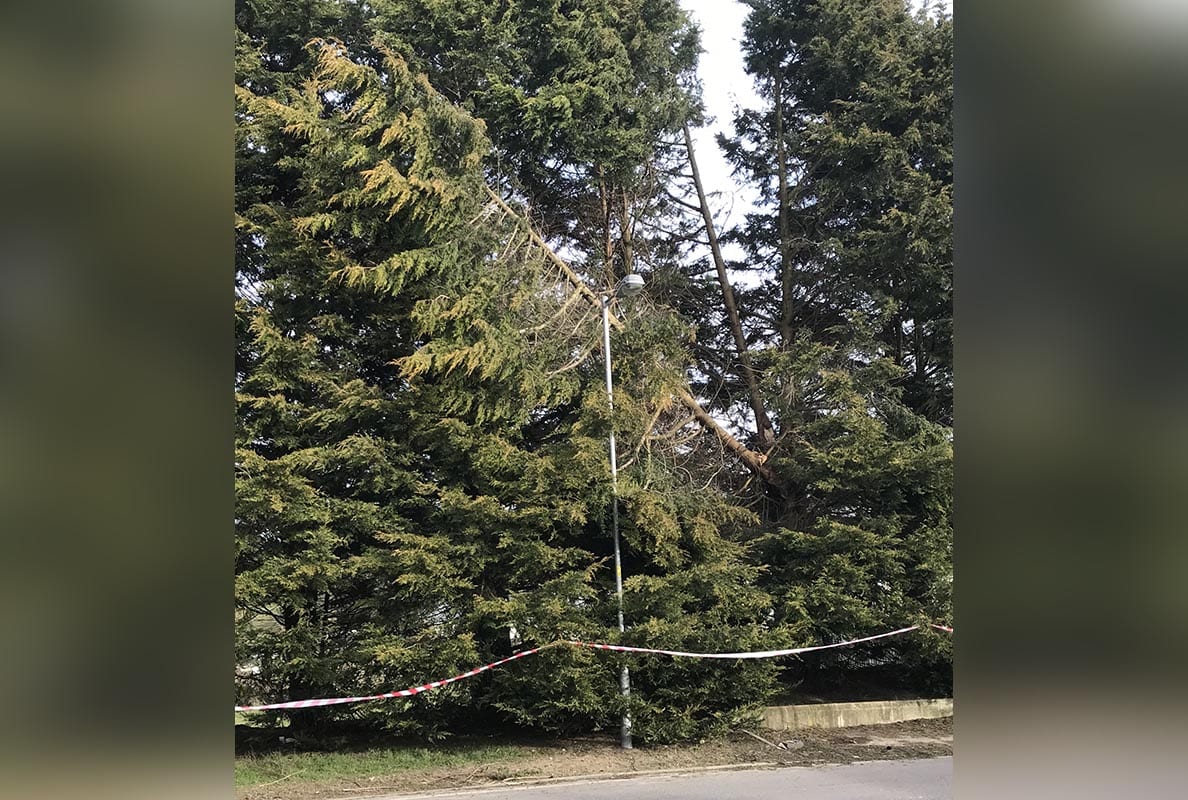 Stalemate has ensued over the removal of a tree which has been left hanging precariously over a Co Armagh housing estate.

The tree in Annvale Green in Keady has been swaying in a state of flux for more than a month.

The problem was initially reported four weeks ago and again last week to both the Armagh City, Banbridge and Craigavon Borough Council, as well as the Department of Infrastructure (DfI), however, neither seems to know whose responsibility it is to remove the tree, according to residents.

The fear of those residents is that should the branch fall, it poses an extreme danger to property and life as many children play in amongst the trees.

Sinn Féin councillor Darren McNally has reported the issue to the council and the Department of Infrastructure, while local Sinn Féin activists have themselves cordoned off the area and advised residents to keep their children away from the branch.

Resident Willie Monaghan has spoken to both the council and DfI, who have visited the area twice.

He said: “DfI staff looked at the branch and said that it should be removed immediately but when he passed it on the message back is that it is a council matter.

“I then rang the council and they palmed me off saying it was a matter for DfI. DfI say that it is council’s concern as they maintain the grass area upon which the trees are planted. The passing of the buck continues.”

Annvale Green was once looked after by a management committee that collected a fee from each household on an annual basis.

Mr Monaghan says this practice stopped many years ago when DfI adopted the road and street lighting and the local council maintain the area around the trees.

He added: “All I know is that if this branch falls and damages property, or even worse, causes injury or death to a child, the full force of the law and media will be directed to those individuals, and the departments that they represent, for neglecting their duty to the residents of Annvale Green.”