Quad and mountain bike stolen in overnight burglary in Keady

Police appeal for information after latest theft in town 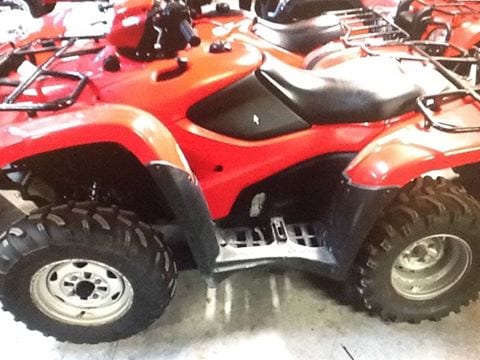 A quad and a mountain bike have been stolen during a burglary in the Keady area.

It happened on the Derrynoose Road sometime between 11pm on Wednesday and 10.30am on Thursday, July 27.

The red Honda 500 quad – similar to that pictured – was taken, along with a green and black coloured mountain bike.

The quad had the registation plates GXZ4225 when stolen.

Police say a white van was seen acting suspiciously in the area.

Also on the same night, at Mulcreevy Park in Keady, a man’s van was broken into and tools, along with a wallet containing cash, bank cards and driving licence were also taken.

It is not known if the incidents are connected.

The man’s wife had appealed directly through Armagh I to anyone with information or offered tools for sale to come forward.

Again the police can be contacted using the non-emergency number 101.