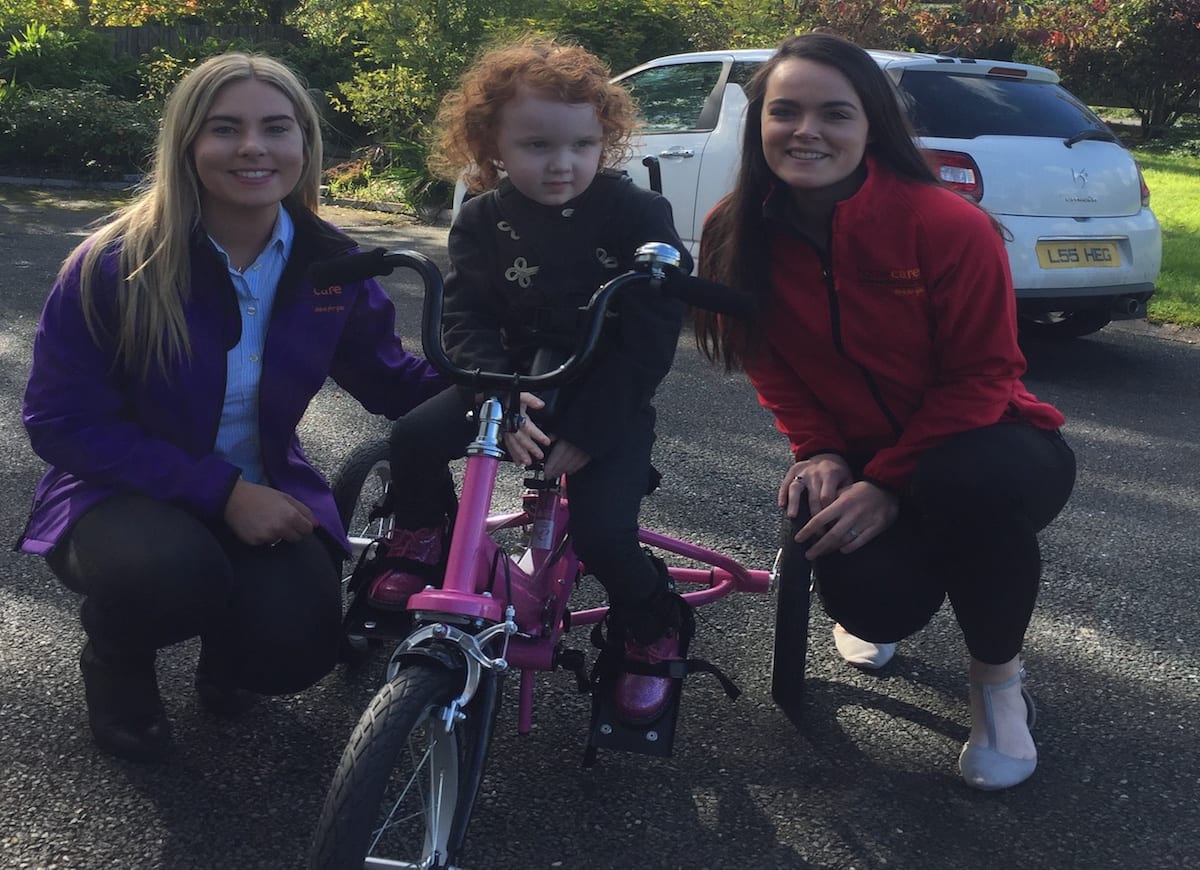 A young Keady girl’s dreams were made a reality recently thanks to county Armagh charity iCare.

Like many of us choosing to overlook the everyday blessing of full mobility, overlooking this luxury is not an option for Jasmin Grimes.

Along with mother Diane, together they face challenges everyday in trying to lead a normal life of a five year old girl, and that falls at the hands of Cerebral Palsy.

The disease, found predominantly in the early years of a child’s life can lead to a weakness in muscles and currently affects around one in every four hundred children born.

Treatment for the disease can be found through physiotherapy, where excessive stretching and exercise can be used in an attempt to strengthen the muscles.

Jasmine currently goes through Hydrotherapy sessions at school and it goes without saying, the specialised trike will assist Jasmin in fighting her disorder with weighted gloves.

iCare were touched by the opportunity to help Jasmin by providing a trike costing £2980.40 which includes a harness to assist with sitting upright.

By providing the specialised trike, Jasmin is now able to enjoy the simple pleasures in life we so often take for granted, and will continue to do so, as the harness provided can be adjusted as she grows.

A breath of fresh air has been brought to the iCare charity, with a smile on the face of Jasmin speaking a thousand words, despite her disability leaving her unable talk.

Jasmin has now been given the opportunity to capture a glimpse of normality, in enjoying the outdoors and playing alongside her brother Jake on her new trike.

iCare are delighted to aid Jasmin on her journey to making the most of her childhood, regardless of disability and furthermore in doing so, showing the character and charisma of a remarkable daughter and her loving family.