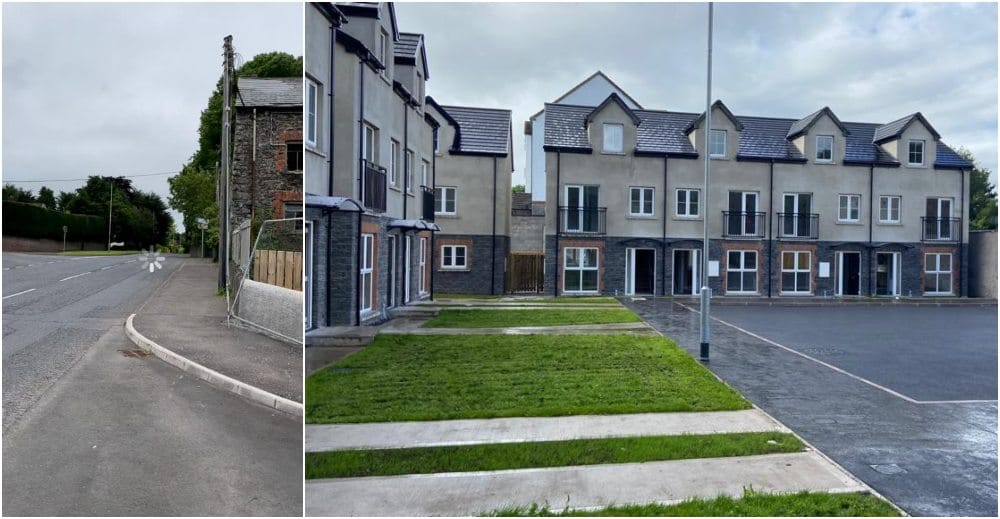 A Keady contractor has spoken of his frustration after homes he built 13 months ago have been standing empty due to a dispute over sightlines.

Mark Fegan, contracts director of Apple Orchard Construction, said he had also been waiting since then for the Planning Appeals Commission to hear the case.

He said that, in the meantime, families are unable to move into the social houses at Mill View Race in Crumlin

And he also revealed that last weekend, the oil burners were stolen from all 11 houses.

“We do security checks on them but the longer they are lying empty, the more chance there is of something like this happening,” he said.

Mr Fegan said problems originally arose over the sightlines and that he and a neighbour were given three weeks to come to an accommodation regarding a wall, which proved impossible.

“All our specialists are telling us we can achieve the sight splays. We just can’t get a date from the planning commission.

“Every time you turn on the news, you hear about families looking for homes. Well, there are 11 homes built and ready to go.

“All the residents have made submission to the appeals commission.

“One woman is about to give birth in four weeks and another woman has three autistic children and she is having to live with her mother and sister while her partner lives with his family.

“We’re outlying money on this but money isn’t the issue. The issue is getting it to appeal.”

Mr Fegan, often sells property to housing associations and had already done a deal with Ark, which allocated the homes.

Planning has been passed for the homes by Antrim and Newtownabbey Borough Council – but can’t be finalised over the cul-de-sac exit’s sightline.

He added: “We are now in August and this has been going on from October last year. We were doing our best to get the tenants in for Christmas last year and they were geared up for that.

“The [houses] have been finished from July last year and have been sitting there for 13 months. There is oil in the oil tank and electric in the metres and these tenants all live in Crumlin. Some of them are registered as homeless.

“Anytime that you look at newspaper or TV they are complaining that there’s no homes for people, yet whenever we are talking to the Appeals Commission we are told there is no priority here.

“The big sticking point for us is that the Appeals Commission have given no more credence to 11 families that are practically homeless than they would give if I came with a brand new site. I don’t think it’s fair.

“It’s about 11 families. It would break your heart.

“There is an ongoing issue over a site splay but I am 100% adamant that this is something that can be remedied. It’s not a big enough issue to keep these families out of their homes.”

The Planning Appeals Commission has said it will be advising the parties shortly of the hearing date.