They raised over £2,000 within 48 hours and swung into operation to do their bit 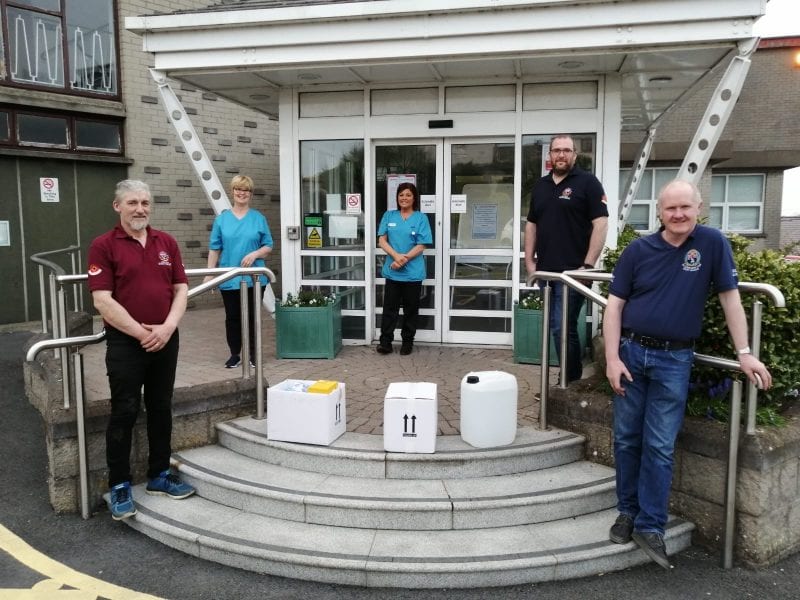 Members of Keady Apprentice Boys of Derry have dug deep in their own pockets to buy personal protective equipment to distribute across the local community.

Health centres, nursing homes and community nursing teams were all contacted to find out what they needed and they swung into operation.

With the outbreak of the coronavirus it was becoming more and more obvious to everyone from the news that there is a massive shortage of PPE throughout the country.

Rab Johnston, President of Keady Apprentice Boys of Derry, put an appeal out to the members of the Keady Club on Tuesday, March 31.

He called for cash donations to buy PPE equipment.

The Keady Club is based in Keady Orange Hall and within 48 hours the men had stepped up to the mark and donated £2025. 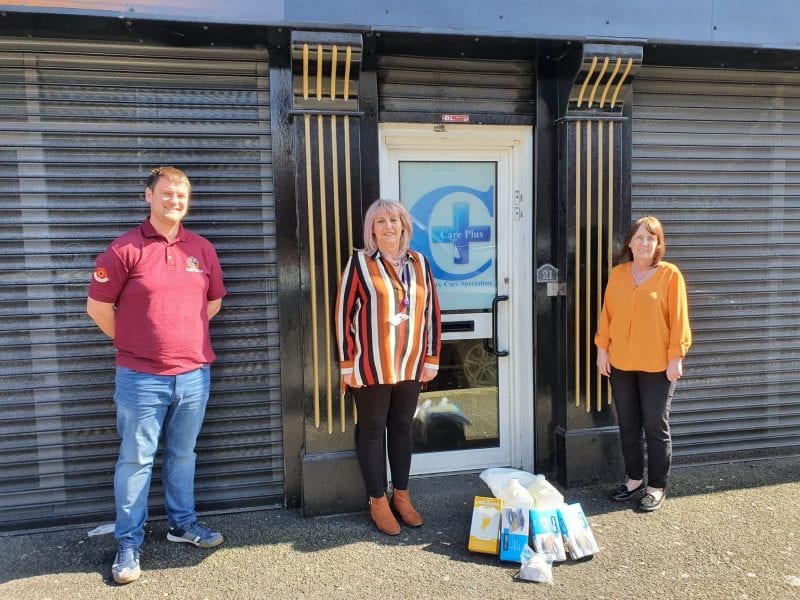 Care Plus, at Railway Street, Armagh, receives some PPE from President Rab Johnston.

Having made contact with those in need of PPE to ascertain what was required, they were able to source the right equipment for their needs.

This week the equipment had started to arrive and the men were able to start distributing it to a whole host of graceful recipients.

The staff at all were extremely grateful and could not thank the men from Keady enough for their kind gesture.

For some places the equipment had arrived just in time to keep them going until their next delivery of PPE came in.

Club spokesperson and Chaplain Kenny Moffett said they had a real concern for their community at this time and also gave hampers to the older members of their club. 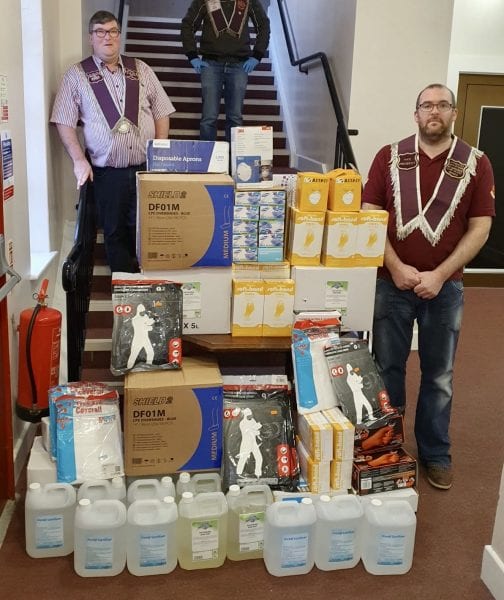 He said: “The Officers and members of the Keady Club have an attitude of helping others and had recently donated £500 to the Northern Ireland Air Ambulance, but this recent coronavirus appeal had exceeded their expectations.

“The club has also seen the appeal from the Southern Area Hospice for much needed funds and the members will be going to the Hospice over Easter to present a cheque for £600. 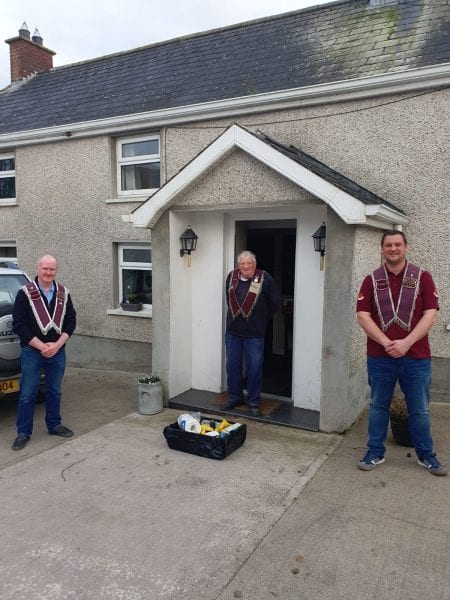 “The members of Keady Apprentice Boys of Derry recognise that at difficult times such as this, that we all need to look out for each other. They encourage others to help in any way they can and also reiterate the message of keep safe and stay at home.”