Eugefest raises over £5,000 for Chest, Heart & Stroke in memory of much-loved Keady man 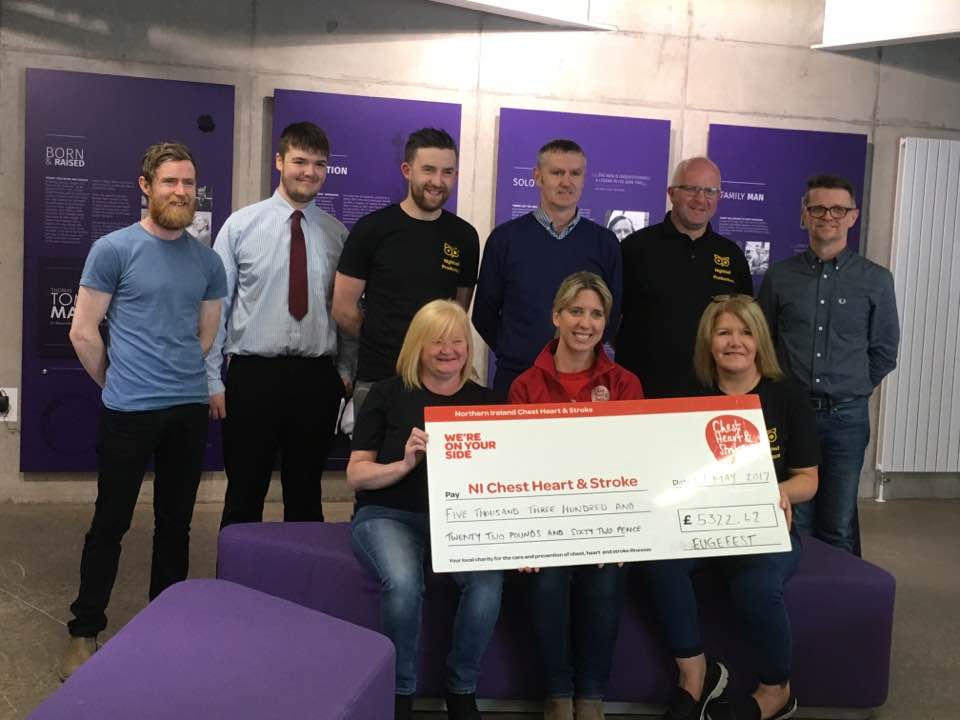 A special fundraising event in memory of a popular and sadly-missed Keady man has raised over £5,000 in his memory.

And the money has now been presented to the Chest, Heart and Stroke.

Eugene Nugent, 52, from Keady, passed away in February of last year.

He was a well-known and respected member of the community, who started Dj’ing at the Keady Parochial Hall in the 1980s and was known for his sessions in the Community Centre and Stan’s pub in the town for many years.

In March, Eugefest was held in his memory, a special musical celebration and a great night’s craic at the Tommy Makem Centre in the town.

Eugene’s wife, Linda, was delighted with the response and would like to thank everyone involved, who turned up on the night or who helped in anyway.

Linda has handed over a cheque to Chest, Heart and Stroke for a fantastic £5322.62 – money which will be put to great use by this very worthy charity.