Calls for a more permanent arrangement to be put in place 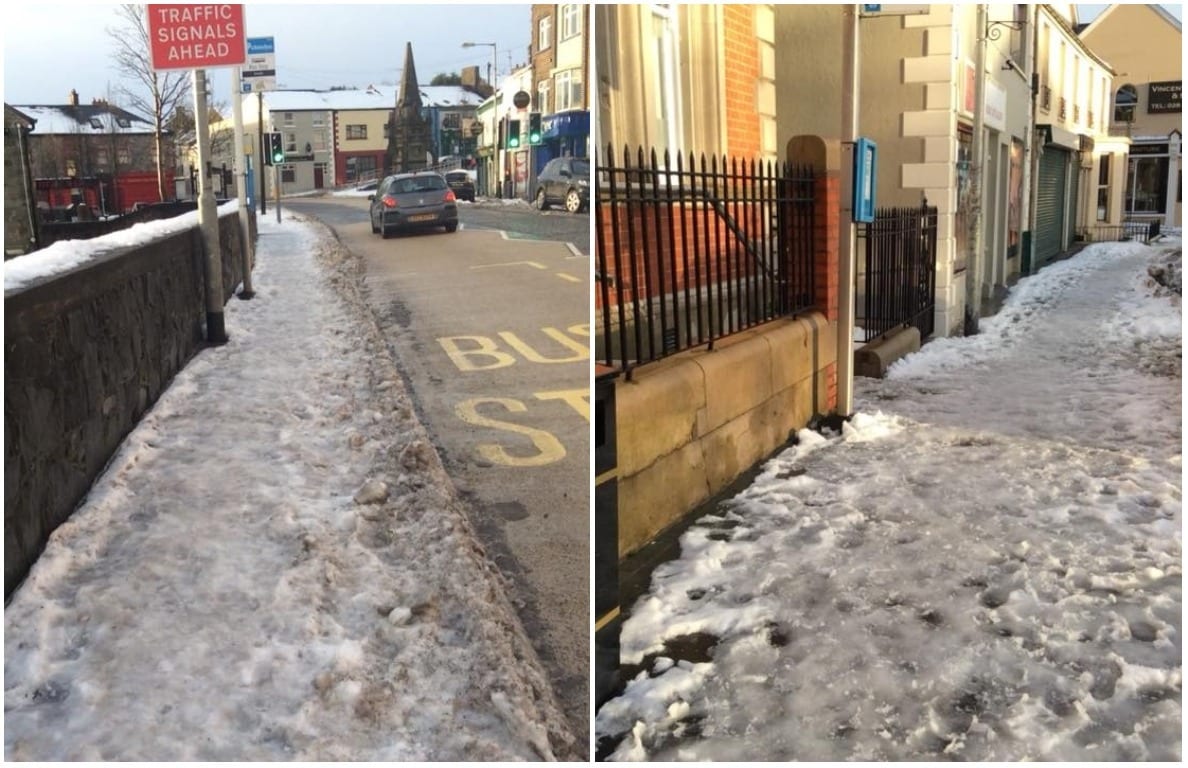 A Co Armagh community has been praised for their spirit in helping out neighbours following the recent bout of bad weather.

Many residents around the sloping Keady town would have been left stranded in their homes only for locals to come along with tractors and machinery to clear the snow from most of the housing estates.

However, Sinn Fein councillor Darren McNally has called on Council to re-introduce a previous agreement with the Department for Infrastructure (DFI), which would allow council staff to grit and clear the paths, instead of relying on the DFI for these smaller jobs.

Councillor McNally raised the issue after describing the streets of the town this morning (Thursday) as being in a “terrible state”.

The Council were prompt to responding to his calls.

In a Facebook post, councillor McNally, said: “Council have a team in Keady today scrapping the paths and gritting them.

“Council have a multi digger in Keady today which is doing a great job. I’ve checked and a lot of the routes are now passable which is some difference compared to this morning.

“In addition to this, the car park was cleared yesterday with the help of a JCB.”

He added: “A lot of people have been so good helping out neighbours and the elderly. Residents have cleared roads in housing estates, helped free cars and tractors were used in some estates to clear snow. Great community spirit.”

Despite the quick and effective response, the Sinn Fein representative says he wants a more permanent solution put in place.

Watch: Tractors taking to clear the Mountview estate in Keady

It is an issue which has been raised often in the past and came before the chamber at Armagh City, Banbridge and Craigavon Borough Council last January.

Now, a full year on, and not much has changed in the thinking at the Civic Centre.

It was recommended that car parks under council control are not gritted.

Up until April 2015, car parks were the responsibility of Transport NI which did not grit car parks at all.