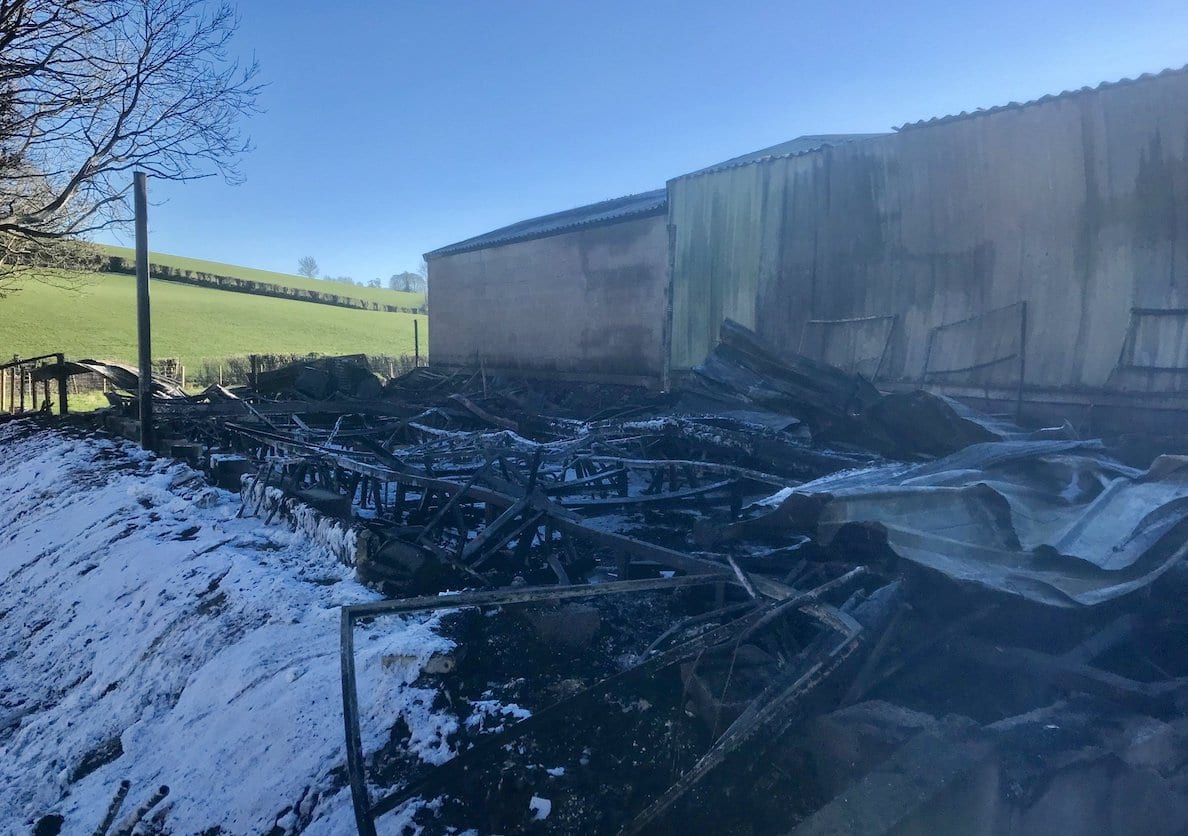 This is the aftermath of a fire which ripped through a number of buildings on the outskirts of Keady during the early hours of this morning (Friday).

The blaze broke out at a small hall on the Madden Road shortly after 3am.

Three fire appliances; one from Keady and two from Armagh attended before extinguishing the fire at 5.35am.

A spokesperson for the NIFRS said: “Two non-residential buildings were well alight on arrival and one shed was destroyed in the fire.

“A garage with a number of vehicles inside was also well alight and damaged.”

The road was closed to motorists for a period.

PSNI and fire investigators revisited the scene later in the morning to determine the cause, however, it remains unknown at this stage.

Inspector Greg Beckett said: “The hall sustained extensive damage as a result and Madden Road was closed for a number of hours.

“Whilst the reason for the fire is unknown at this time, we do not believe it to have been started deliberately.

“We are, however, conducting further enquires and would ask anyone who may have information which could assist us with our enquiries to please contact 101 quoting reference number 98 1/2/19.”