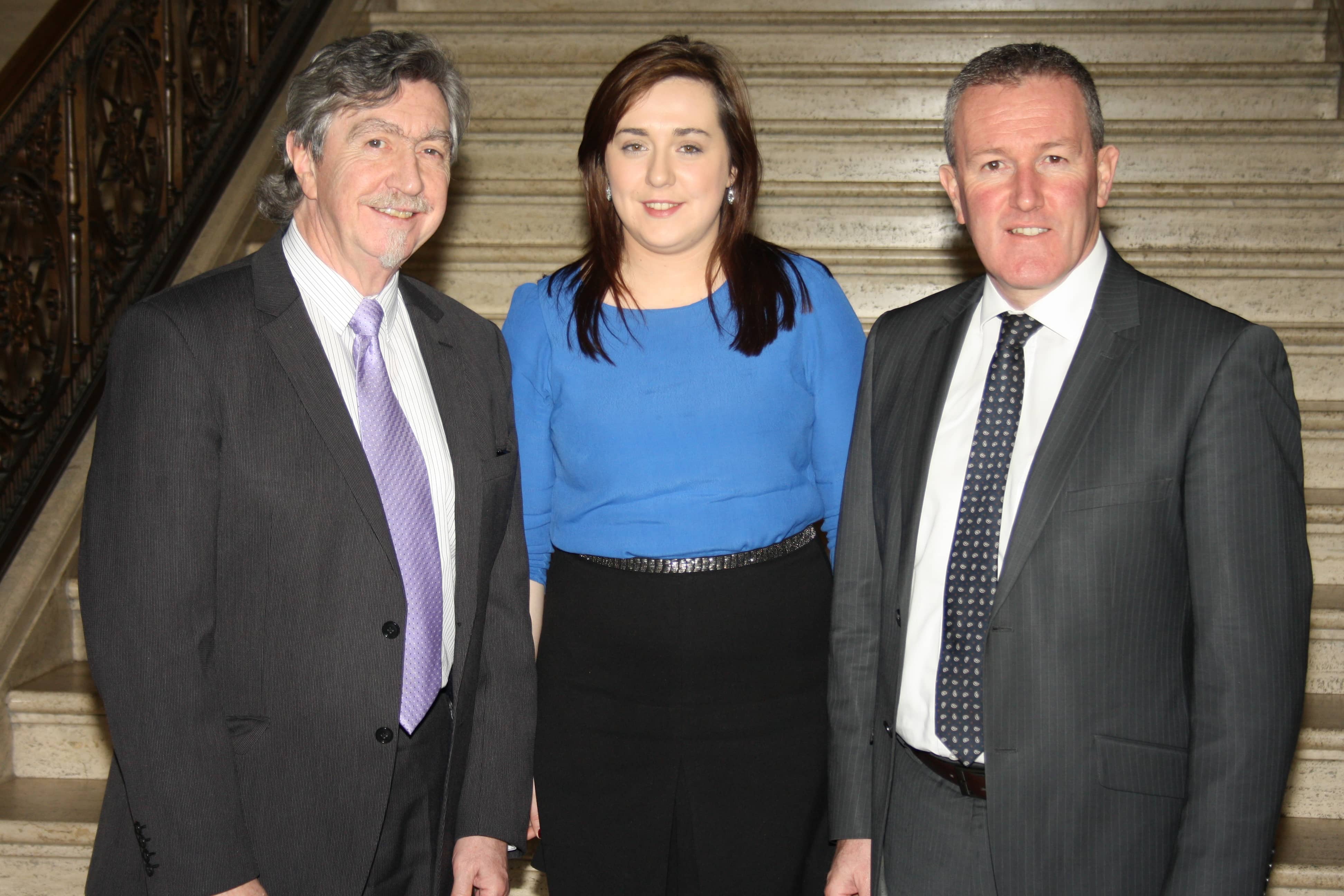 THE battle to retain the Jobs and Benefits Office in Crossmaglen has gone to the Assembly, where a Sinn Fein delegation put forward the case to Social Security Agency boss Tommy O’Reilly.

Newry and Armagh MLAs Mickey Brady and Megan Fearon and MP Conor Murphy MP, (pictured) emphasised the importance of the facility for residents.

Armagh I reported this week how it had been predicted the closure – which was due to take effect in April – would place additional pressures on the Citizens’ Advice Bureau in Crossmaglen.

Now we can reveal that the office is to be given a temporary reprieve of two months and additional services made available.

Speaking after the meeting with Mr O’Reilly at Stormont, Mr Brady said: “Many people avail of this facility and closure would cause them further stress. I also explained the lack of public transport available to people in the area and that it would be difficult for them to travel to Newry, as bus services only go at limited times.

“Due to the ever increasing claimants, the closure of this office is going to impact on the Newry office. This will result in an already stretched SSA staff having to deal with even more people.

“Mr O’Reilly informed us that the rationale for closure is that there will be a new up-to-date phone service put in place. We requested that this new service be monitored.

“They agreed to both monitor the new phone service and to keep the office open for an additional two months. They maintained that there would be other advice services made available.”