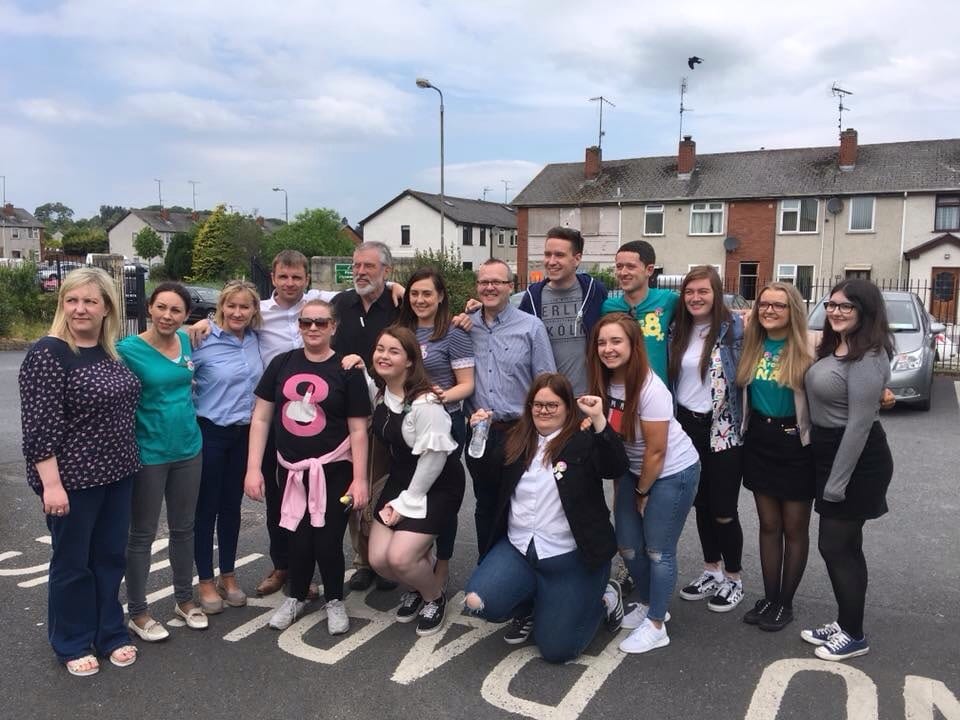 A’Yes’ vote was a further step in building a better Ireland for women, delivering “a momentous day for all the people”, a Newry and Armagh MLA has said.

Speaking from the count centre in Louth, Sinn Féin spokesperson on Equality and Social Justice Megan Fearon said: “The Repeal of the 8th is a momentous day for all the people of Ireland.  Ireland is changing. The old certainties being challenged, and a new and better Ireland is emerging.

“It is a day when those who had been silenced demanded to be heard, a day when we decisively broke from the past.”

The MLA, who along with many of her elected colleagues and party members from the Newry & Armagh constituency  had campaigned passionately for a ‘Yes’ vote, added: “I want to thank all those who campaigned, and in particular the women who spoke publicly about private tragedies in order to make this country a better place for all.

“Our thoughts  today are with all those who have suffered and those who have died, as a result of an amendment that should never have been in the constitution. My solidarity goes out to them and their families.

“I wish to acknowledge those who voted ‘No’. It is important that we recognise the diverse views that we as a society hold on these important issues. I hope that the vote today is a further step in building a better Ireland for women.

“It is not acceptable to solve the problem for women and girls south of the border and say it is alright if the same problem exists across the border here in the north.

“We now need a single legal framework that allows for women to have access to the care that they need and at our  Ard Fheis next month in June our party members will now debate and decide on our policy to ensure that this is delivered.

“So let’s go from here. Let’s work together to ensure that this is the first step in creating a better, fairer, and more caring Ireland.”