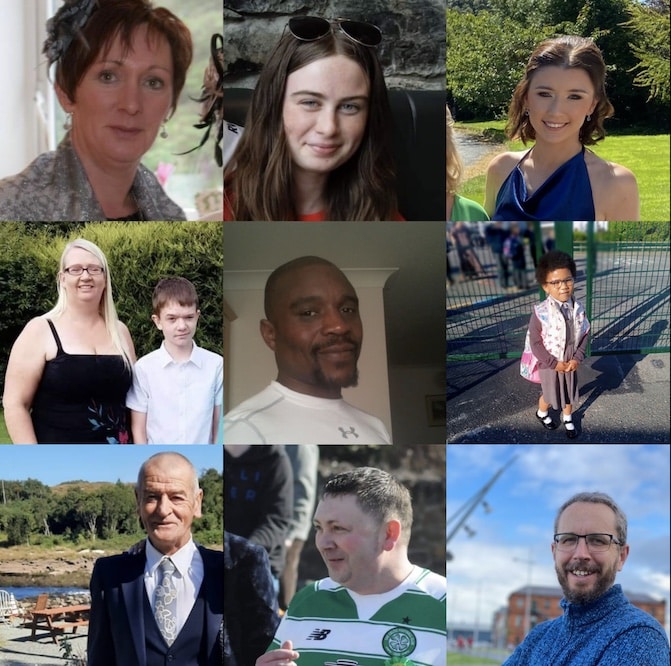 Health Minister Robin Swann has paid tribute to the emergency service crews from Northern Ireland who attended the explosion at Creeslough in Co Donegal.

Ten people lost their lives in one of the worst tragedies to hit the island of Ireland in recent times.

An Garda Síochána confirmed a man in his 20s remains in hospital in a critical condition.

Seven other people who were injured in the explosion are being treated at Letterkenny University Hospital and remain in stable condition.

Mr Swann stated: “I would like to express my deepest sympathies to the families and friends of those who tragically lost their lives at Creeslough. Our hearts go out to all those affected and to the wider community.

“I pay tribute to the crews from Northern Ireland who answered the call from across the border and brought their expertise and experience to the incident.

“The words of gratitude to the NI personnel that have been expressed by the Taoiseach and his Government colleagues are very much appreciated.

“Cross-border co-operation has long been a daily reality on this island and there are established protocols in place for mutual aid.

“The assistance provided on Friday was about neighbours rushing to support neighbours at their time of need. They would do the same for us in a heartbeat if the situation was reversed.”

The Northern Ireland Ambulance Service dispatched a number of resources to Creeslough including Rapid Response Paramedics, a number of Emergency Crews, Hazardous Area Response Teams, a non-Emergency Crew, officer support and the Charity Air Ambulance, with HEMS crew on board.

The Northern Ireland Fire & Rescue Service deployed its Specialist Rescue Team from Belfast along with a Command Support Unit from Strabane to support colleagues in Donegal Fire Service.