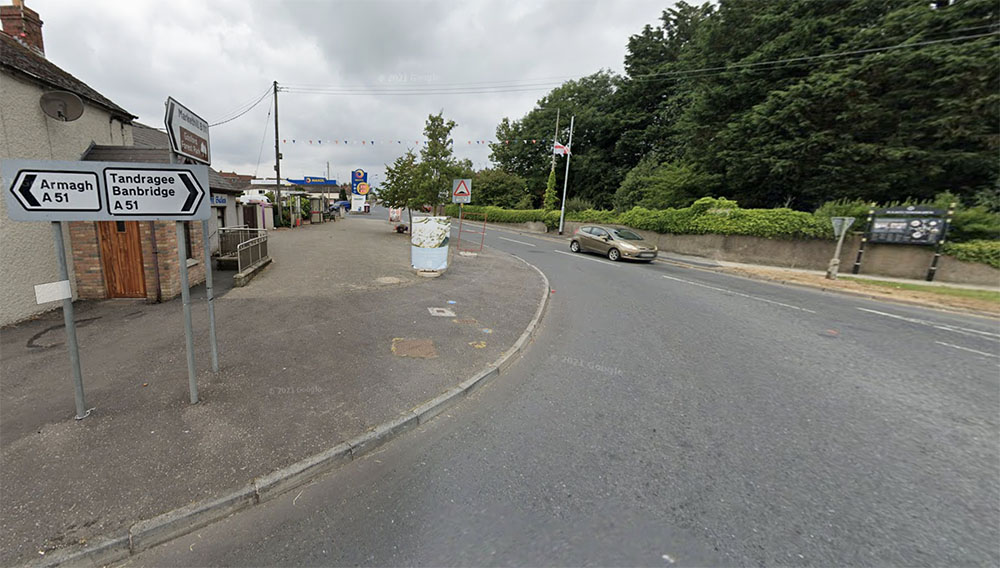 The Annareagh Road in Hamiltonsbawn

A Killylea woman who drove whilst over twice the limit after failing to get a taxi has been handed a 12 month disqualification.

The 27-year-old’s legal representative commented his client was “deeply ashamed” by the incident and the loss of licence would impact upon her employment.

Sarah McMahon, of Ballymacully Road, had a plea of guilty entered on her behalf to driving with excess alcohol at Armagh Magistrates’ Court, sitting at Newry, on Tuesday.

Prosecution outlined that on February 6, at 2.30am, police attention was drawn to a Peugeot 307 being driven slowly by a female in the vicinity of Annareagh Road in Hamiltonsbawn.

Officers got the attention of the driver, who then stopped in the middle of the road and activated her hazard lights.

At first, the driver was hesitant to engage with police but later identified herself as the defendant, Sarah McMahon.

A preliminary breath test conducted at the roadside resulted in a fail, with a subsequent evidential sample obtained at Banbridge Custody Suite giving a reading of 73mg of alcohol in 100ml of breath – over twice the legal limit.

Defence counsel stated that his client was “deeply ashamed” by the incident,.

He explained that McMahon had taken the decision to drive after being unable to obtain a taxi home.

He commented that it was the slow pace at which she was driving that brought her to the attention of police and that she appeared with a 10 year driving record without even a penalty point.

The legal representative said the loss of licence would have an impact on the defendant’s employment and that she was now seeking accommodation closer to negate the need for travel.

District Judge Bernie Kelly disqualified McMahon from driving for a period of 12 months and ordered that she pay a fine of £350, along with the offender’s levy of £15.