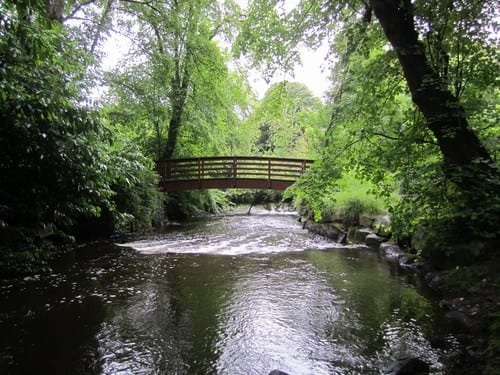 A masked man threatened and ordered workers engaged in essential forestry work in the Ring of Gullion to leave the area.

The incident, which happened before Christmas, has been described as “very concerning” by the Department of Agriculture and Rural Development.

A group of sub-contractors had been working in the Ring of Gullion – which is designated as an Area of Outstanding Natural Beauty – to deal with larch disease which was affecting trees in the area.

She is also calling on those responsible to withdraw the threat against the workers.

The South Armagh MLA explained: “One of the employees was approached by a masked individual and told to cease work immediately and leave the site.

“This was a very sinister and frightening experience, not only for the person involved, but for all those working on this project.

“The contractors – in fear of potential harm to themselves, their employees and plant – have now left the site.”

Ms Fearon said that any threat to people going about their day’s work was “an attack on the whole community and those of us who live here in South Armagh are rightly outraged at these actions”.

She added: “The individual or individuals responsible for issuing this threat must lift it immediately.”

Slieve Gillion area Councillor Mickey Larkin said the threat had impacted on necessary work being carried out in the area and cause unnecessary inconvenience.

“Essential work has been ongoing to remove a significant number of trees in this region which have been affected by larch tree disease,” he explained.

“The main drive at Slieve Gullion park will close soon for safety reasons (movement of heavy machinery), although Forestry Service expect that it will temporarily reopen for the Easter period.

“This work will continue until mid-Summer at the earliest.

“I had hoped that inconvenience to local people and businesses in relation to this work would be kept, as far as practicably possible to a minimum, but this threat to workers has caused serious concerns.”