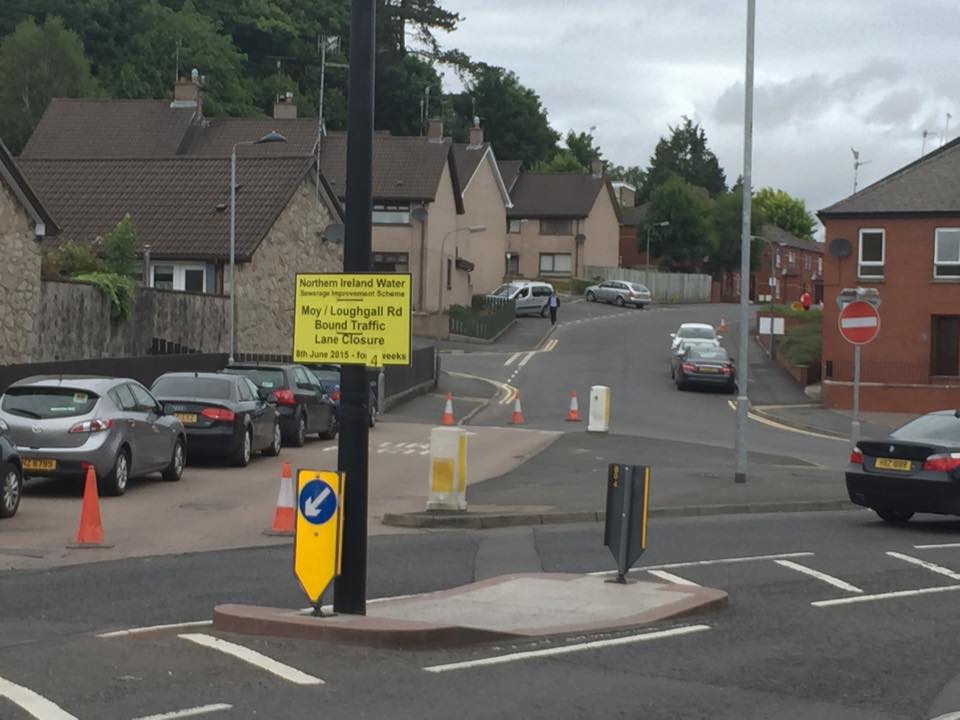 The roadworks leading to the closure of a lane at Banbrook Hill have been completed.

But there are fears that an accident will occur as motorists have become used to travelling in the opposite direction to the norm.

And a few traffic cones is all that has been put in place to advise drivers it’s ‘as you were’!

The temporary traffic restrictions came in to play at the start of June for a period of four weeks.

The lane closure was to facilitate ongoing work for the major sewer improvement programme which is taking place across the city centre.

But one local says he watched almost five collisions this morning alone as confusion continues.

He told Armagh I: “They have opened the road here again but instead of a sign they have a few cones to more or less say no going over Banbrook Hill anymore.

“But because it’s been the other way they are now driving both ways over!

“There is definitely going to be an accident. I saw five near misses.

“A big sign was needed to let people know.”