The properties affected by the application for a 6,000 sq ft gym are Homestyle Furnishings, at Units 8-10, the Post Office at Unit 11 and Oaks Furniture, Unit 12 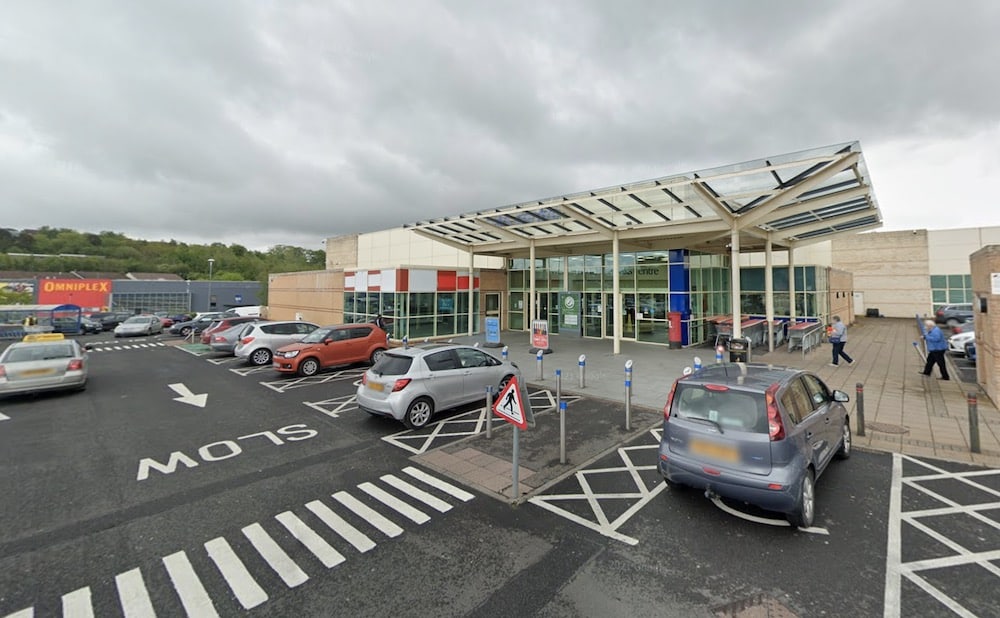 A new 24-hour state-of-the-art gym could soon be on the way to the Oaks Centre in Dungannon.

The development, if approved, would involve the amalgamation of four separate shops units in the retail centre to accommodate the needs of the new tenants.

The four outlets which would be amalgamated are Units 8-12 – the first four on the right hand side when entering through the main entrance of the shopping centre.

On the main application, they are described currently as “retail shops, some vacant”.

The properties currently in situ are Homestyle Furnishings, at Units 8-10, the Post Office at Unit 11 and Oaks Furniture, Unit 12.

The Oaks Shopping Centre boasts some 20 stores among them Poundstretcher, Books and anchor Sainsburys.

This new development would be a shift away from direct retail but the applicant insists it is in keeping with the overall area.

The new gym would be a major enterprise and offer fitness fanatics close to 6,000 sq ft of floorspace providing all the very latest in technology and state-of-the-art equipment.

And it would operate 24 hours a day.

Unit 12 – at one time Video City – has its own external entrance, meaning the main body of the shopping centre would not have to remain open beyond normal closing time, which is currently 9pm six days a week and 6pm on Sundays.

A mezzanine floor – of around 330 sq ft – is currently in place as part of the existing retail arrangements. But it will be removed to accommodate the development, which would represent a significant investment and a slight reduction in overall floorspace.

The application before council is for a change of use from retail.

According to a planning statement, the gym will be developed through the removal of internal walls and the mezzanine floor, work which is “not development under the Planning Act and as such does not require planning permission”. The removal of the mall shutters and the provision of screens is also classified as internal works to the building and again does not require planning permission.

It also reports the need for such a facility in the area and explains that it will be well used.

“The Oaks Shopping Centre is a district centre and as such is the focal point for the community and well suited to accommodate visitors to the area throughout the day and night,” adds the planning statement.

“The Dungannon and South Tyrone Area Plan notes that the centre provides a range of shops including convenience and comparison goods, as well as a multiplex cinema.

“The fact that there is a late night cinema, a late night petrol filling station, a coffee shop and a drive thru that operate from the development and that the shops in the centre can open late at night is illustrative of the long hours this centre can accommodate customers.”

It also argues that the new gym will actually prove beneficial to the town centre nearby and dismissed any concerns that it might have a detrimental impact.

The planning statement notes: “As a gym is not retail use, it will not harm the town centre of Dungannon and there will be no effects on its convenience or comparison turnover. Indeed, removing retail units from the district centre will reduce the turnover of the centre and will potentially direct small shop traders to locate in the town centre instead.

“The proposal is not an extension to the district centre. In fact it is a reduction in floorspace.

“The proposal will provide a complementary non retail use that people will use frequently, some daily, and many two to three times per week.

“The proposal is therefore complementary to the role and function of Dungannon town centre.”

The planning statement also indicates there is “abundant car parking” already available at the Oaks and there will be no noise nuisance as a result of this addition to the shopping centre.

“The proposal will not raise any issues of noise or emissions or any other disturbance, given the distance and intervening land uses between the proposal and the nearest residential dwelling,” it states.

And it adds: “The proposal will utilise existing car parking which will be used off peak and, as such, there will be plenty of vacant spaces when the gym is busiest on Monday and Tuesday nights.”

The proposals will now be advertised shortly to allow the public to have their say before a council decision follows in due course.