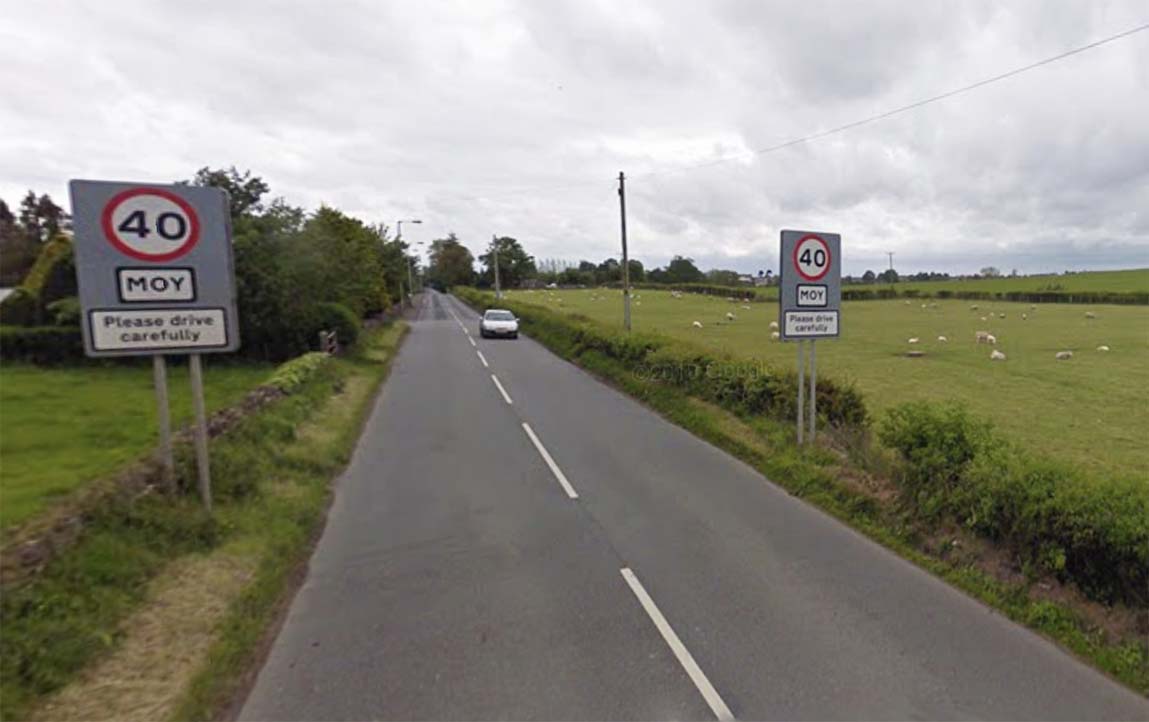 A man who died in a crash in Moy on Wednesday evening has been named by police.

He was 57-year-old Noel Sweeney from Coalisland, Co. Tyrone.

He was driving a Volkswagen Crafter van when the crash took place on the Trewmount Road at around 8pm.

It involved a fallen tree and two other cars, a Mitsubishi Shogan and a Volkswagen Polo.

Inspector Johnstone said: “Police, along with other emergency services, attended the scene.

“There were three occupants in the van and all three received medical treatment, but sadly the driver passed away in hospital.

“Some of the occupants of the other vehicles sustained injuries, not thought to be life threatening at this time.

“The Trewmount Road remains closed this morning with diversions in place.

“I would appeal to anyone who was travelling on the Trewmount Road, either prior to or after the collision, or anyone who witnessed it or captured it on their dashcam, to get in touch with us by calling the non emergency number 101, quoting reference number 1904 of 18/12/189.”