Major mixed-use plans for shop, creche and workshops at former abattoir site up for approval 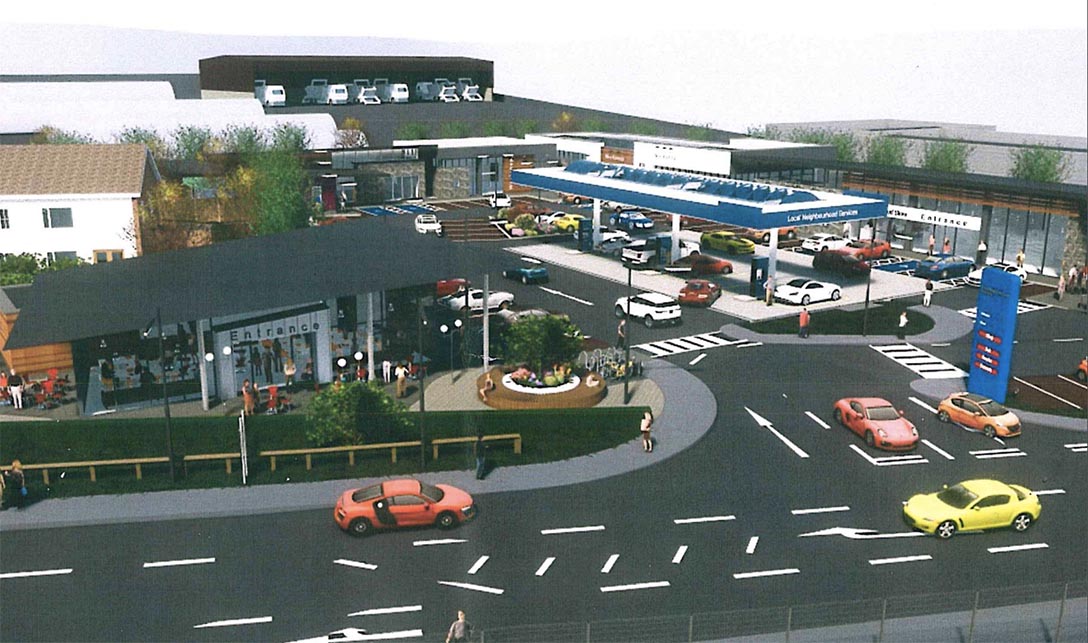 Computer-generated images of the plans

A major project to redevelop the site of a former abattoir in Dungannon – creating a shop, workshops, creche and petrol pumps – is about to be recommended for approval.

Almost three years after the proposals first went to Mid-Ulster District Council – and after an in-depth determining process and considerable public reaction – and the plans will go to committee today (Tuesday) with a recommendation to approve.

The site in question is the former Dungannon Meats Abattoir on the Coalisland Road, immediately north of the Oaks Shopping Centre, with the applicant being BDJ Management Ltd.

According to a design and access statement there is a good local need for the various elements of the scheme.

A design and access statement reveals: “The application involves the proposal of a mixed-use development including a neighbourhood shop, petrol forecourt, coffee house and four small workshops of a size and design to facilitate and support fledgling craft businesses.

“As such the proposed development seeks to service the local community, facilitate nearby large businesses and create on site employment.”

The site is described as a former abattoir which, in later years, saw small sections of the existing abattoir admin area being leased as office space.

The shop will comprise of retail floorspace in excess of 3,000 sq ft and will include a deli and small seating area.

It will also include another 3,000 sq ft attached to the shop to incorporate public restrooms, staff welfare facilities and storage.

According to the design and access statement there will be a need for such a shop.

It states: “It is proposed that this deli will draw daily business from the local residential areas and morning and lunch-time trade for the numerous large businesses and schools within easy access of the site.”

There will also be a small public realm space at the front of the site, creating a “pleasant location for meet and greet activities”.

There will be a small creche facility proposed to the rear of the site.

According to the statement, it would serve not only the local community but potentially some of the 1,500 people employed within close proximity of the site.

It is expected it will cater for up to 24 children, employ three or four staff, and provide a secure play area too. Evening homeworks classes might also be facilitated. The four workshop units would account for about a third of the entire site and account for closed to 6,000 sq ft in floorspace.

They have been designed to “create a visual and physical linkage to the complex” and would be geared towards “craft or local service industries”.

There will be a petrol station forecourt with six fuel pumps included.

There had originally been plans for a “modern style coffee house” with glazed facades and external seating and ‘milling’ areas, providing a ‘gateway’ feature to the site approaching from the Coalisland direction.

But the coffee house element of the plans – which would have accounted for 1,200 sq ft space with public toilets and staff accommodation – was later abandoned.

It will be up to Mid-Ulster Council’s planning committee to decide whether or not to accept the opinion to approve.