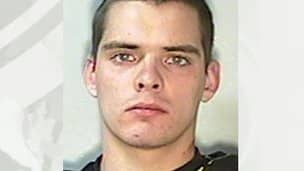 Detectives in Craigavon have welcomed the sentence handed down to 24 year old Darius Porcikas at Craigavon Crown Court  on Tuesday.

Porcikas was found guilty of  a total of 12 offences including rape, attempted rape, sexual assault and inflicting  grievous bodily harm and assault in relation to an incident in Dingwell  Park, Lurgan on July, 13, 2011.

A 26 year old woman was the victim of repeated rape while her 23 year old boyfriend was seriously assaulted and knocked unconscious.

Speaking after the sentence, Detective  Chief Inspector Stephen Wright, said: “Porcikas has been sentenced to 18  years for crimes which Judge Lynch has described as ‘vicious and sustained’  and ‘gross and persistent’.

“The female victim in this case has waited  more than three years for justice and has suffered emotional, physical and mental trauma as a result of the attack while the male victim has been left  unable to live independently.

“This was an horrendous attack and we are pleased that the court has recognised the severity of the offences  and reflected this in sentencing.

“I would like to pay tribute to the two  victims whose stoicism and bravery enabled us to take our investigation forward.  I would also thank to thank the public who helped us locate Porcikas.

“I hope that this sends a clear message that we will not tolerate attacks of this nature in our society and, if you offend, we will bring you before court where you will face the full rigour of  the law.”