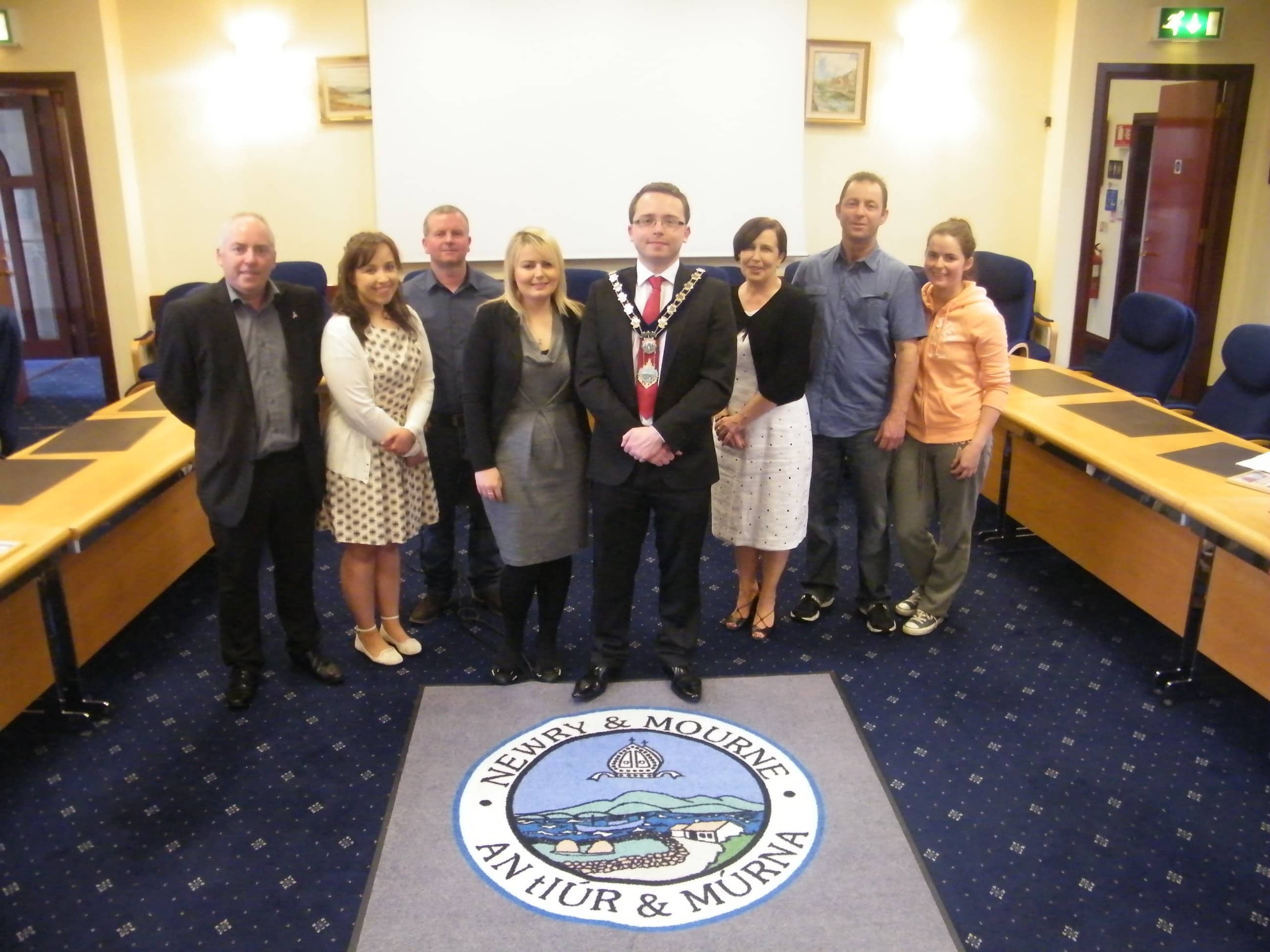 “This is the last time that Newry & Mourne Council will have its own Mayor and I am determined to ensure that this term leaves a lasting impression on the people of the District.

“I am delighted to have been selected by Sinn Féin and I am really looking forward to representing the District at events throughout the country and making sure that the image of Newry & Mourne is promoted as widely as possible.”

Councillor Hughes paid tribute to outgoing Mayor Mickey Ruane saying: “I have watched my predecessor Mickey Ruane during his year in office and he has proven to be a wonderful example of what can be achieved in a relatively short period of time.”

Speaking on his hopes for his term, Dáire said: “There are several flagship projects which I am keen to see delivered in the area such as the Newry Canal Public Realm Scheme, Newry Leisure Centre, Crossmaglen Community Centre and Slieve Gullion Forest Park to name a few.

“I want to work with local community groups, sports clubs and voluntary organisations to ensure that they are fully supported to deliver their full potential for the people of the area.”

Councillor Hughes also intends his mayoralty to focus on cross border and cross community cooperation: “I want to do everything I can though the office of the Mayor to ensure that this area develops and progresses and I will create and maintain links with my counterparts in our neighbouring counties to do this.  I will also offer the hand of friendship to all of the people who call Newry & Mourne home and I hope to help create a welcoming environment in our area.”