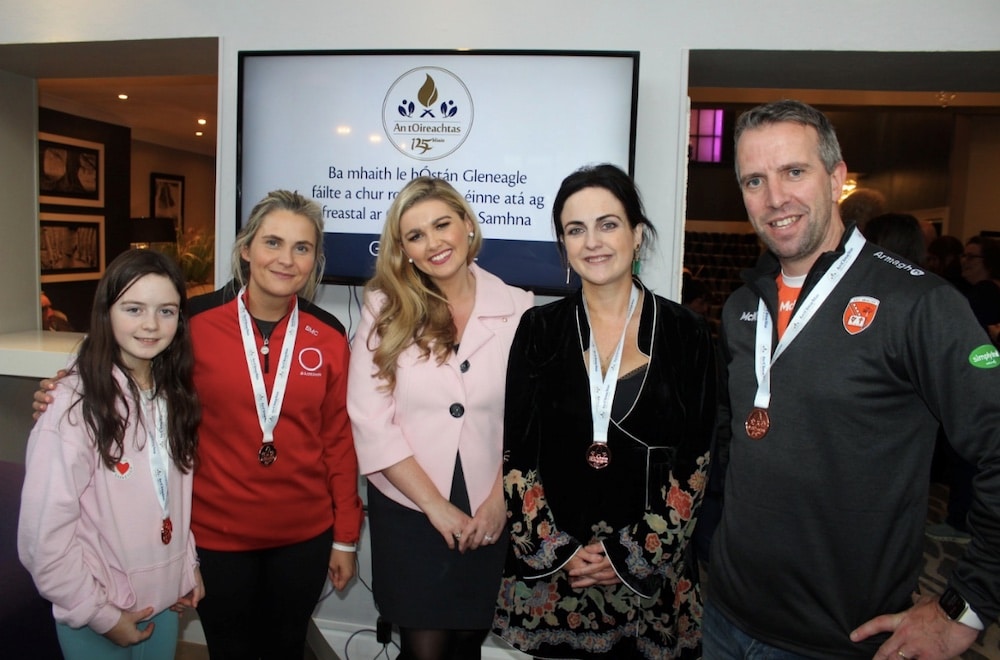 For the first time ever, south Armagh had an entry in the Lúibíní competition by Aisling Uí Gribín and Barra Ó Muirí from Gaelphobal Ard Mhacha Theas.

The Lúibíní competition calls for two people to compose a series of couplets on a single theme based around current topical issues, usually funny and highly creative with the use of Irish language at the centre.

Bláithín Mhic Cana, singer, and teacher in Gaelscoil Phádraig Naofa said: “I was delighted to receive a callback – and I’m still surprised I was awarded third place! Not only was it a great honour personally, but also a great source of pride that the people of Oriel and Gaelphobal Ard Mhacha Theas got recognition on the Oireachtas stage! “The atmosphere was amazing down in Killarney and I’ll never forget the support in the room the night of the
competition; there’s no doubt that the people of Ulster were the loudest in the room!”

Pádraig Ó Tiarnaigh, Chair of Gaelphobal Ard Mhacha Theas, said: “I would firstly like to congratulate the Gaelphobal Ard Mhacha Theas competitors for representing South Armagh at Oireachtas na Samhna this year. We are seeing an Irish language community and singing community flourishing right in front of us. This hasn’t come from a year or two of work, but is the result of many decades of dedication and effort.

“Gaelphobal Ard Mhacha Theas has been running for seven years but we’re only going from strength to strength, now with a full time officer appointed for the first time in the area. There is plenty more to come.”