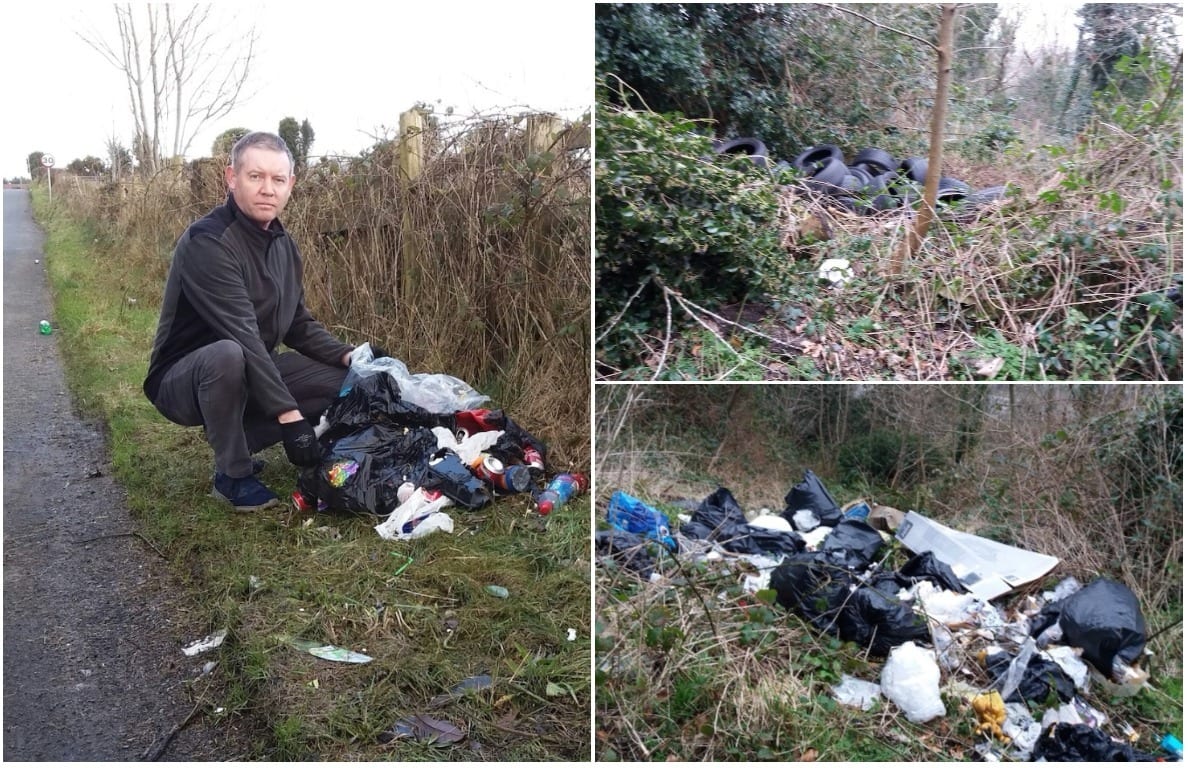 Fly-tipping in south Armagh is now approaching “industrial in scale”, according to one councillor who says more needs to be done to protect the area known for its natural beauty.

Slieve Gullion Sinn Féin councillor Mickey Larkin has described the increasing levels of dumping in the area as a blight on the beauty of the Ring of Gullion.

“Over the past twelve months we have seen a substantial increase in the amount of rubbish being left along our roads and on private property adjoining them,” said councillor Larkin.

“Whilst the Council is responsible for lifting waste from the roadside it is left to land owners to foot the bill for clearing up after the polluters who fly tip on their ground.

“This is an Area of Outstanding Natural Beauty and we need to protect it from these criminals.

“There are few roads around South Armagh which have escaped this scourge.

“The levels are now approaching industrial in scale. You don’t have to drive to far to see piles of tyres, household rubbish, domestic appliances, beds and three piece suites as well as builders rubble dumped along the verge.

“More needs to be done to deter and catch those who use our district as an open dump.”

He added: “I believe the Council should invest more resources into both the clearing of this rubbish and the detection of those who fly tip.

“Very few people have been caught and fined for destroying our district in this fashion.

“Communities also have a part to play in defeating the polluters. We can all have a roll in defending the countryside.

“If anyone witnesses an incident of fly-tipping they should report it to the Council.

“Ultimately it is the rate payer who foots the bill for clearing most of this waste.

“This is a preventable cost to the public purse. It is time to put a stop to the desecration of South Armagh.”