'Much upset has been caused to the pupils, staff and community' 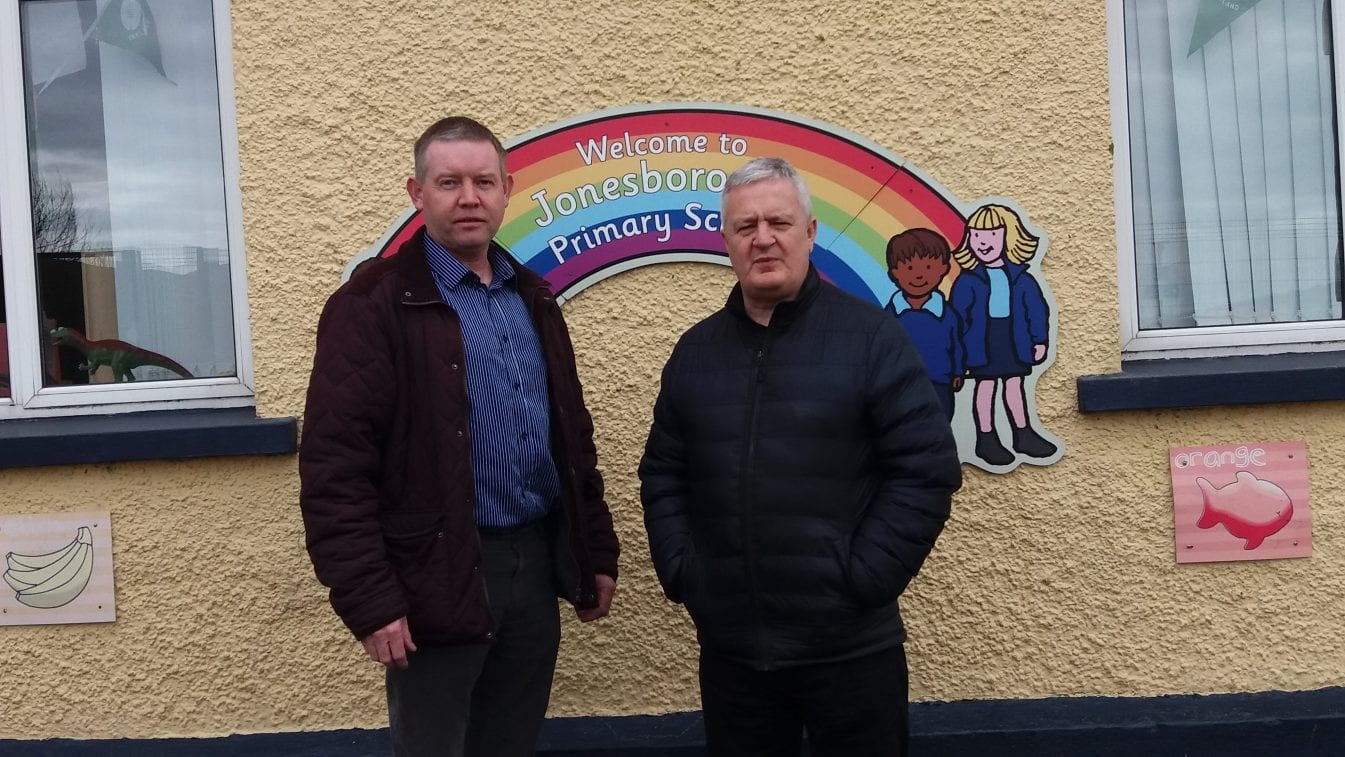 Three men who burgled a south Armagh primary school – stealing cash raised for charity by pupils – were captured on CCTV.

And the incident, which happened between midnight and 2am on Monday, has been described as an “attack on the whole community”.

Jonesborough Primary principal Donal Keenan has been assured of the support of villagers for the school after the burglary, which has caused great distress to pupils and staff alike.

Slieve Gullion Sinn Féin councillor Mickey Larkin has appealed to anyone who has information to contact either the PSNI or himself.

He said the three men who forced entry to the school were shown on CCTV as having been “present in the area for a considerable length of time”.

Said councillor Larkin: “Minimal damage was caused, however, a small sum of charity cash raised by the children was taken from the school.

“Apart from the damage and theft much upset has been caused to the pupils, staff and community.

“This attack on an educational facility is essentially an attack on the community of Jonesborough and cannot be tolerated.

“I would appeal to anyone who may have noticed activity around the school during these hours or possibly a vehicle parked in the area of the Pastoral Centre to come forward to myself or the PSNI.

“Evidence has been gathered at the scene by the police and I hope that this can lead to arrests and prosecution.

“Any other information relating to this anti=community crime may help in the investigation and prevent other similar crimes.

“I along with the residents of Jonesborough will rally around their school to assure the staff and pupils of our full support following this crime.”

Police had earlier issued an appealing for help, urging: ““If you have any information please contact PSNI on 101 quoting reference 265 of 12/03/18.”