After a packet of ‘fegs’ and a few wrong turns Luke makes it from Kilkenny to Cross for a pint!

'I came to one of those signs, you know, that can be turned and I looked at it thinking that doesn't look right. I ended up in the most remote place I have ever been in my life. It was a collection of villages with nothing in them' 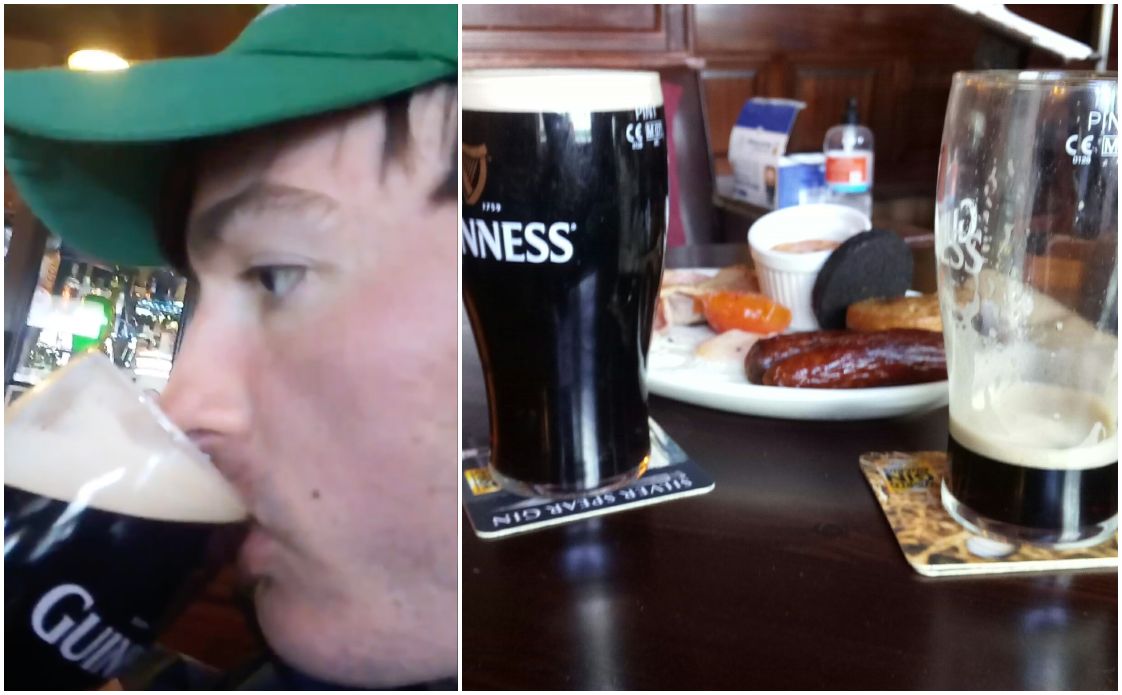 When it comes to Guinness the marketing maestros tell us that ‘good things come to those who wait’.

And the proof was in the pudding of that today!

This morning we told you how a Kilkenny native was undertaking a journey to Co Armagh and all for a pint of the black stuff.

Luke O’Connor had clearly been itching for a cold, poured pint and arrived ahead of schedule at Keenan’s Bar in Crossmaglen, where Armagh I caught up with him earlier today.

He made the 130-odd miles trip after the well-publicised and welcomed reopening of the hospitality sector in Northern Ireland.

Back in April, the 25-year-old declared that if this provisional date was met he would be leaving Kilkenny on May 18 on foot in order to enjoy a pint in Armagh and he certainly followed through.

Explaining why he chose the South Armagh village, Luke said: “I always had a bit of a thing for Armagh. You see my family are all from Kildare and big GAA people.

“I loved Kieran McGeeney, when he was managing that Kildare team from 2008 to 2013. That was my teenage years. So coming up to Crossmaglen really appealed to me.”

Admitting that indeed his feet were “in bits”, Luke claimed that the journey was not as much of a cardio workout as many would expect, a box of “fegs” smoked along the way as proof!

“What it takes is concentration, because cars are flying at you and stuff, and to be honest with you it is hard to know how far you have walked and some of the roads were scary, so there were a couple of detours.”

One such wrong turn occurred in and around Cavan, where he ended up somewhere, he isn’t completely sure, in Meath!

“I came to one of those signs, you know, that can be turned and I looked at it thinking that doesn’t look right,” he mused.

“I walked the whole town looking for another. I couldn’t find one so I followed along. I ended up in the most remote place I have ever been in my life. It was a collection of villages with nothing in them.”

Thankfully, Luke was helped out by a couple who gave him a lift in the right direction.

He also wishes to thank the staff at The Wishing Well Bar & Bistro, at Kingscourt, Cavan, for looking after him “something fierce”.

So what of his first glass?

“The pint is just perfect,” said Luke. “I would have been here two hours earlier but I was here a few hours before they even opened.”

Despite this campaign all appearing to be a bit of craic, Luke claimed there was a serious reason behind this mission.

“The underlying thing is, there is so much hate at the restrictions in Ireland and length of the lockdown”, he said. “They are going to vote to extend the government’s emergency powers on June 9 in Ireland.

“They protest everywhere else but not here in Ireland. I know I take a fun slant on it on social media but there is a serious side to it too.”

On a personal point, Luke added: “I come from a family of publicans. I mean that is 40-grand going down the drain every month for them.”

It’s been a long way to walk for a well-pulled pint and the journey home will certainly not be any shorter.

So is he looking forward to finding his way back?

“I’m getting the train,” declares Luke. “There’s no chance I am walking.”