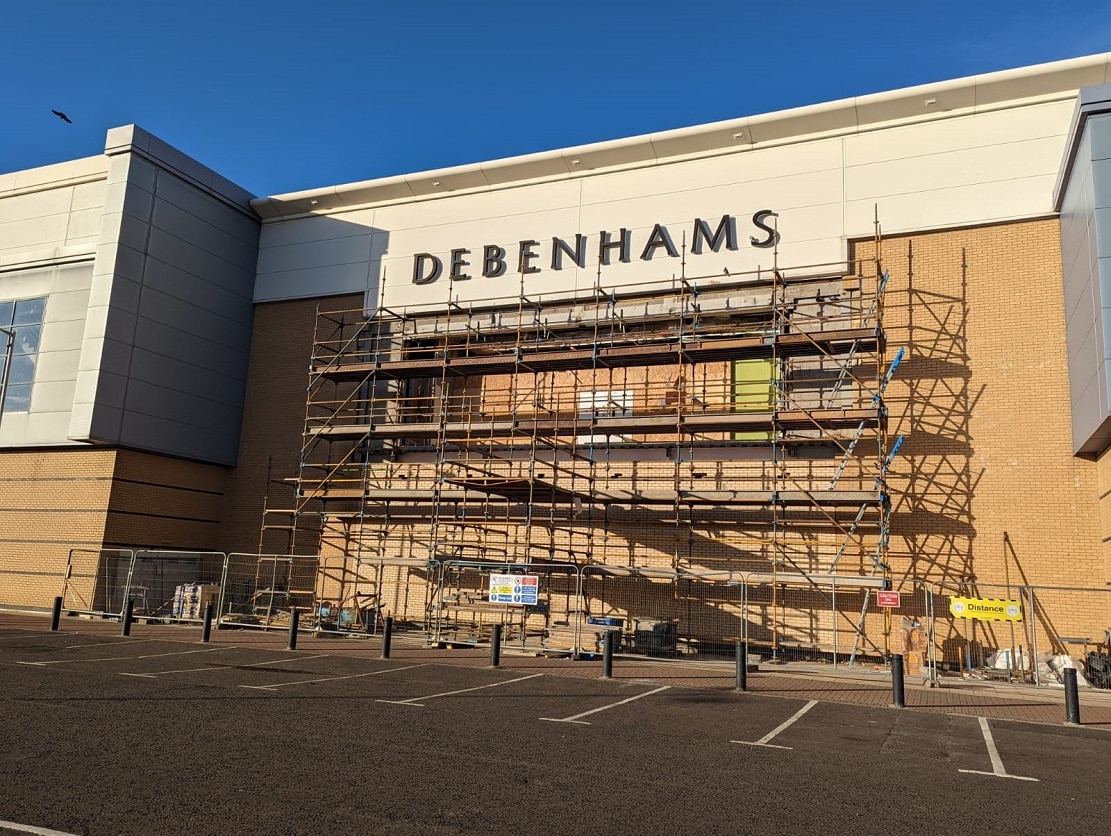 Work is underway on the new Primark store in Craigavon.

Contractors are now on site as the transform the old Debenhams unit to make way for Rushmere’s new anchor tenant.

Leading the overall project is Cleary Contracting Ltd, which is based in Randalstown in County Antrim and bills itself as Northern Ireland’s building contractor of choice.

Previous contracts have included the refurbishment of Stormont and the Tower Centre shopping centre in Ballymena, as well as Banbridge council offices and Carrickfergus promenade.

Other teams will also be involved in the various aspects of the redevelopment.

The project is well on schedule, with the store due to open later this year.

And Primark is expected to begin a recruitment process for a considerable number of jobs – in a variety of full and part-time roles – within the next few months.

The pre-Christmas arrival of Primark will be a major boost for the Craigavon retail venue.

Armagh I confirmed the news in March, as Rushmere’s owners, Central Craigavon Limited, told us of Primark’s imminent arrival.

They did so just two days after we revealed a planning application had been submitted for works on the former Debenhams outlet – vacant since its closure last May – to make way for the new tenant.

The works – both internal and external – include the construction of a new fire escape lobby. At the same time, a glazed bay window would be removed and a new door opening created.

The appearance of scaffolding at the side of the shopping centre – where the signage will be replaced to indicate Primark taking up residence – means the countdown is now well and truly on.

Central Craigavon Ltd put an end to all the speculation and said it was “delighted to announce that terms have been agreed with Primark for a new anchor store”.

Occupying a sales area of 30,800 sq ft, work had been due to start in the summer, but is actually now underway this week.

Martin Walsh, Rushmere Centre Manager, said: “Primark is a fantastic addition to Rushmere. In all of our research over the years, Primark is a brand that our customers have been very keen to see, and this announcement is testimony to the success of the centre.

“We look forward to the opening later in the year.”

A spokesperson from Primark said the retailer was “delighted” to be creating a “new shopping experience for our customers in the area” by opening at Rushmere.

More details will be confirmed in the next few months as works progress.