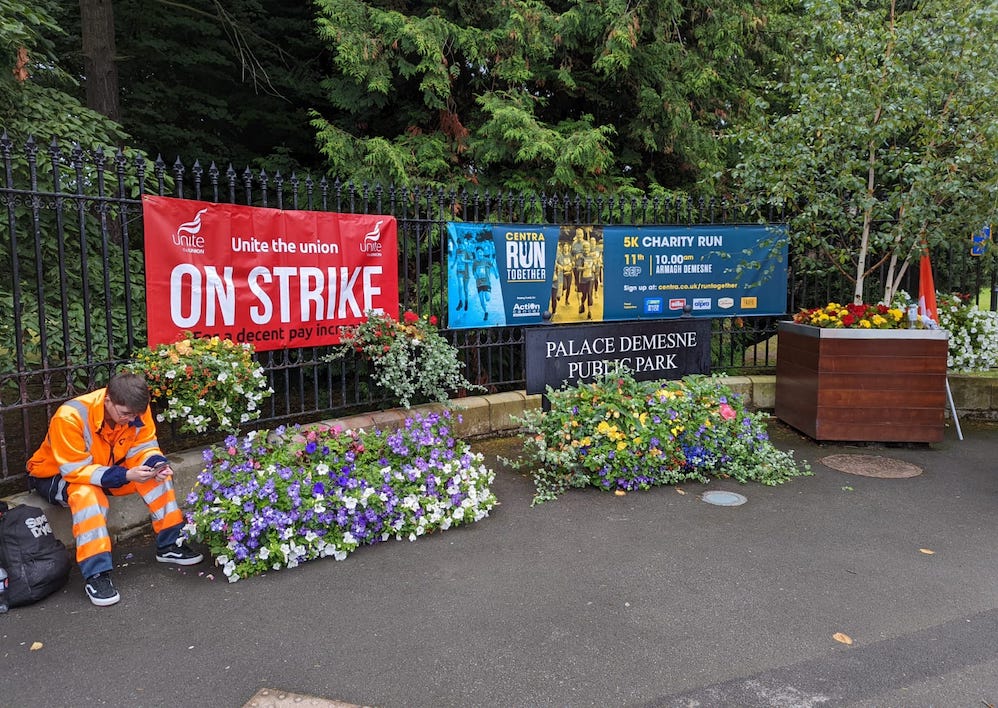 A proposal to help resolve the ongoing industrial action by council staff has been put forward by SDLP councillors.

They are calling for a proposed £1 million fund by Armagh City, Banbridge and Craigavon Borough Council to be shelved to help fund a pay rise and the harmonisation of salaries being called for by trade unions.

Following a meeting on Monday night, the group has written to chief executive Roger Wilson asking him and the senior leadership team to “urgently” re-engage with the unions.

Representatives from Unite, GMB and NIPSA voted to go out on strike from Monday with the four-week action affecting a wide range of public services, from bin collections, street cleaning and civic amenity site opening to parks, public toilets and leisure facilities.

SDLP group leader, Councillor Thomas O’Hanlon said: “There seems to be a tendency creeping into the organisation, which is seeking to divert what should be routine maintenance work to this fund. This is unacceptable.

“We see the rushed creation of this fund as a slush-fund and an attempt to curry favour in the run up to the local government election 2023. With just a few months left in this mandate, we believe the policy work for such a fund can and should be developed, including an independent objective scoring criteria and then it can be delivered through the council’s normal annual budget cycle in the next financial year and each year thereafter.

“The £1 million saved by shelving this proposal this year can and should be used to help fund some of the outworkings of the current negotiations with staff representatives.”

Cllr O’Hanlon added: “We understand efforts to date have not ended in a resolution. However, no stone should be left unturned and every effort should be made by both sides to seek a resolution.

“In our engagement with the trade union representatives, we believe there is good will and a desire to resolve the issues. Inclusive face-to-face talks can and will deliver a positive solution.

“We support the desire to have the harmonisation of roles and structures within council completed immediately and would want to see a time-bound agreement reached on the delivery of it. We know this would go some way to helping improve industrial relations within council.

“The ongoing cost of living crises is having a real impact on every household across our council area, including our own staff, and economists predict even tougher times ahead.

A council spokesperson said: “The council deeply regrets industrial action taking place, and the impact that it is having on residents, and remains fully committed to finding a resolution through ongoing discussions with trade unions in the days ahead.

“Council has in place an agreed implementation plan for the harmonisation of roles and structures across the organisation, a process currently halted due to industrial action.

“In addition, council has made a substantial offer to the trade unions that would see a payment of £1,400 spread across two £700 payments for all employees.

“The council position is that the offer proposed meets and exceeds the objective being asked by the trade unions, to help staff with the current cost of living crisis.

“Council must be mindful of the need to manage the rates burden being placed on households and businesses in what are already difficult times.

“All offers put forward by council were made with the support of elected members, to try to resolve the matter”.