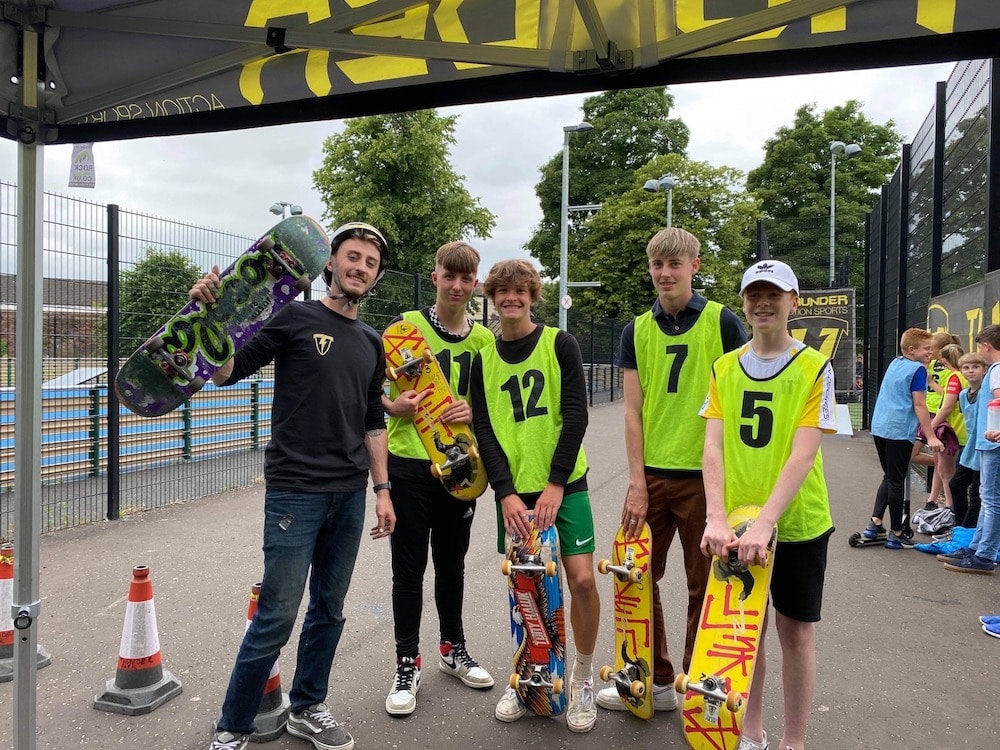 A Portadown councillor has called on Council not to let the idea of skating and scootering facilities in Portadown or Craigavon become an “impossible dream” for the area’s teenagers.

One year after first raising the issue at a meeting of the council’s leisure and community services committee, Cllr Flaherty raised the issue again at the committee’s meeting on Thursday, March 10.

Last year, Cllr Flaherty told the chamber how she had been contacted by a group of young lads and their mothers about the potential of providing skating and/or scootering facilities in the local area.

While acknowledging some initial work has taken place in the 12 months since it was first mentioned, the Portadown councillor has asked what more can be done to ensure the matter is progressed in a timely fashion.

“I want to highlight the fact that it was this time last year when I first raised the possibility of providing a skate park on behalf of some of the young people in the Portadown area,” said Cllr Flaherty.

“I don’t want them travelling further afield to take part in what they are talented and passionate about any more than they do.

“I do understand some initial work has taken place and part of that is scoping areas out and hunting for funding but I really don’t want this to be seen as an impossible dream for these teenagers and perhaps we all need to get our skates on.

“We really do need to make these guys feel represented and included; we can’t ask them for their opinion, they tell us something, and then let it slide, so perhaps officers can advise of progress and/or actions we can take to progress this in a timely fashion.”

Council’s head of estates and asset management, Jonathan Hayes confirmed officers are aware of the request and suggested the possibility of meeting with the young people involved to detail what they are asking for.

“Officers are aware of the request and one of them is tasked to try and identify a funding stream this could sit in and that work is continuing,” said Mr Hayes.

“We would be happy to reach out to the group as well to see if we could have a conversation in relation to understanding the exact ask so we could maybe tailor our funding search in relation to trying to meet those expectations.

“I can also pick this issue up with Cllr Flaherty after the meeting.”