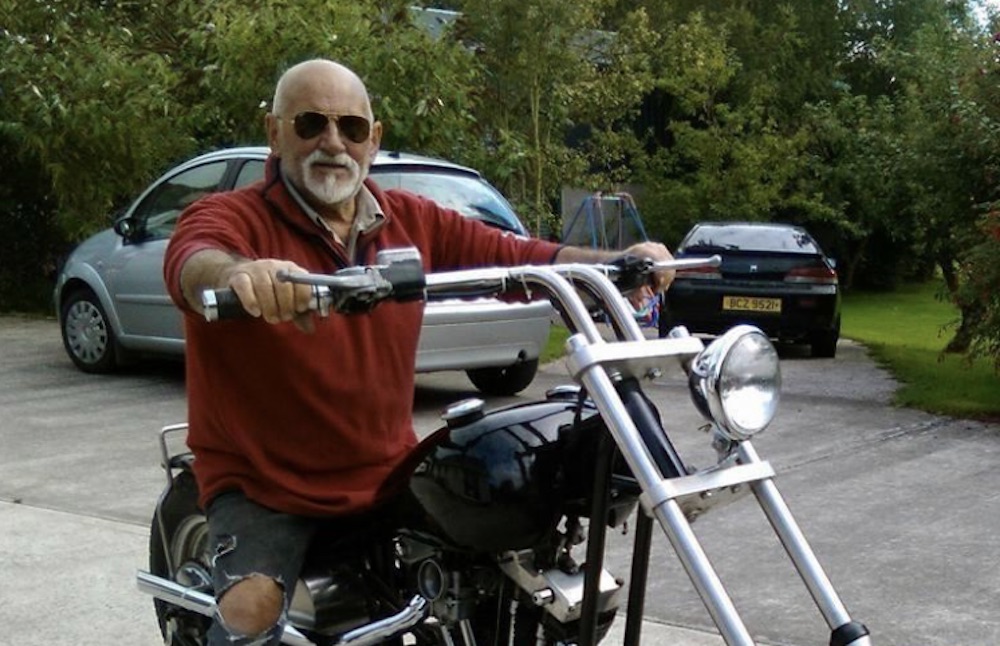 A retired teacher turned online pervert who sought out indecent images of teenage girls has been handed a two year probation order.

Sentencing 76-year-old Charles Beggs at Craigavon Crown Court on Friday, Judge Roseanne McCormick QC told the disgraced retiree that while she could impose a three month jail sentence which would “punish and deter the defendant”, such a short sentence “clearly lacks any scope for rehabilitation”.

She said that with the offences at the lower end of the scale and reports indicting that Beggs has a “lack of consequential thinking and has distorted thinking”, it would be “better for this individual defendant and society generally that he is required to participate in a challenging programme of work” to address those issues.

With Beggs appearing at court by videolink from the offices of Sheridan and Leonard solicitors, the judge asked him directly if he was willingly to undergo a two year probation order and to comply with its conditions and he agreed: “Yes Your Honour, I do.”

Last month Beggs, a former teacher at De la Salle in west Belfast and who is from the Feumore Road in Lisburn, pleaded guilty to 14 of the 15 charges of making indecent images of children on dates between 5 February 2004 and 20 July 2016.

Opening the facts if the case on Friday, prosecuting lawyer Joseph Murphy told the court that armed with the intelligence that someone in Beggs’ home had been searching for indecent images, officers from the Child Internet Protection Team searched it under warrant in July 2016.

According to legal guidelines, indecent images fall into three categories of seriousness.

Category C – Indecent images not falling within categories A or B.

In Beggs’ case, the court heard he had nine images at category A, 14 assessed at level B and 210 at category C with no videos being found.

Mr Murphy revealed that the laptop was in fact “registered to Edmund Rice College in Glengormley with the user named as the NEELB (North Eastern Education Library Board)”, but during police interviews, Beggs explained he had taken the machine into the school for repairs when working there as a substitute teacher.

“He accepted that he was the sole user of the laptop and accepted looking at the images but said that they would pop up when he was looking for adult pornographers,” said the PPS lawyer, who conceded there had been a significant delay in bringing the case to a conclusion.

Lodging a plea in mitigation, defence counsel Patrick Taylor said the case had been “weighing heavily” on the retired teacher who has now “lost his reputation and has lost his good name”.

“He was a pillar of the community over a 30 year teaching career,” said the barrister, “someone with standards to look up to and who pupils went to for guidance, so it’s not just him who is going to lose out – it’s the people he has taught over that period who have lost something as well by his fall from grace.”

He submitted that while it was obviously a serious case, “it was a relatively small amount of images”, and that with his wife standing by him, Beggs is “motivated to avoid further offending behaviour”.

“He strenuously denies any sexual interest in children but having said that, he unreservedly apologises for his conduct,” said Mr Taylor.

During her sentencing remarks however, Judge McCormick revealed that in addition to the offensive images, there were “more than 500 other files found which the prosecution say are files that indicate a sexual interest in children albeit that they were not indecent”.

She said the duration over which the offences were committed was an aggravating feature but his clear record and guilty pleas were matters to be taken in mitigation.

As well as the probation order, the judge also imposed a five year Sexual Offences Prevention Order and told Beggs he would have to sign the police sex offenders register for five years.