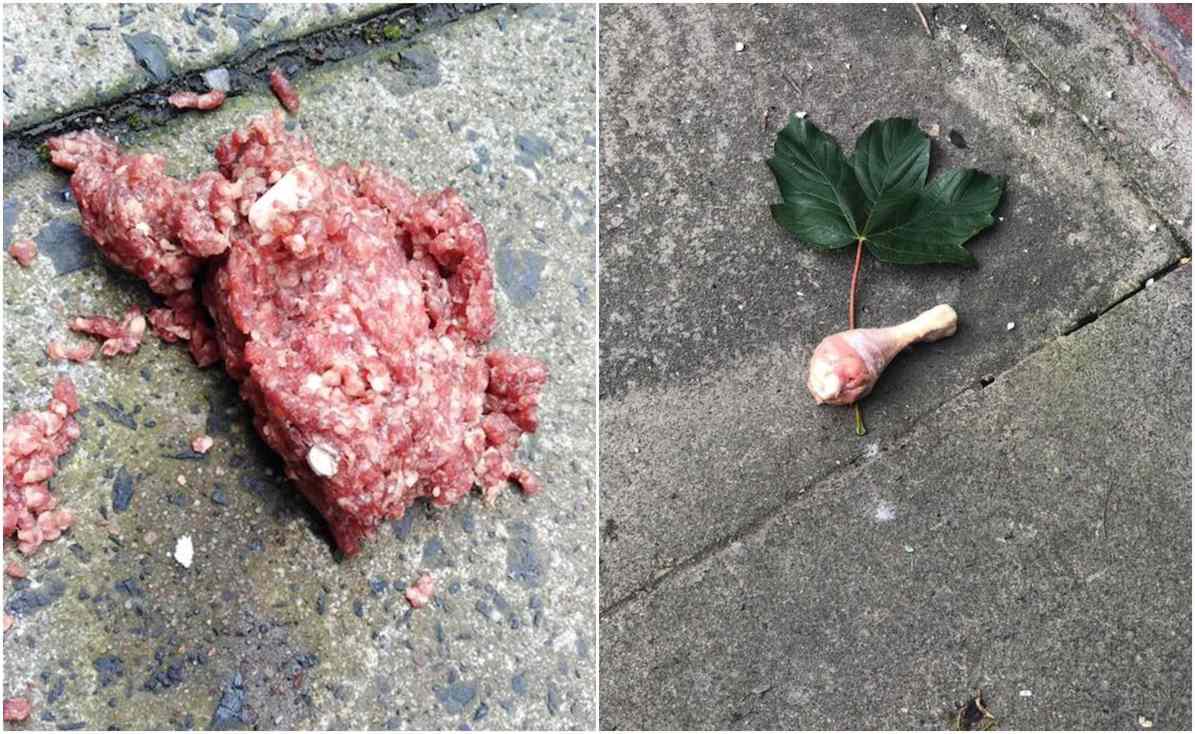 A piece of raw meat laced with tablets has been discovered in a built-up Co Armagh housing estate.

The shocking discovery was made by a resident in the Mourneview area of Lurgan on Tuesday morning.

Posting the image on social media, a member of the Mourneview Community Association, said: “Folks please be careful with your pets. This piece of meat was found in the Mourneview area this morning.

“You can clearly see tablets in the mea. This is shocking and disgusting. Thank you to the resident who spotted this.”

Meanwhile, a similar incident has been reported in the Meadowbrook area of Craigavon this morning.

A spokesperson for the community association there said: “As you can imagine the resident was very angry and wants to warn other residents here and in the neighbouring areas.

“These pieces of raw chicken were threw into two gardens which have dogs; there’s so many theories for this but one that has spooked us would be poison.

“Please folks be vigilant and before letting your pets out check your gardens for anything that can be consumed by your pets.