‘Paedophile hunter’ armed with crossbow charged with litany of offences 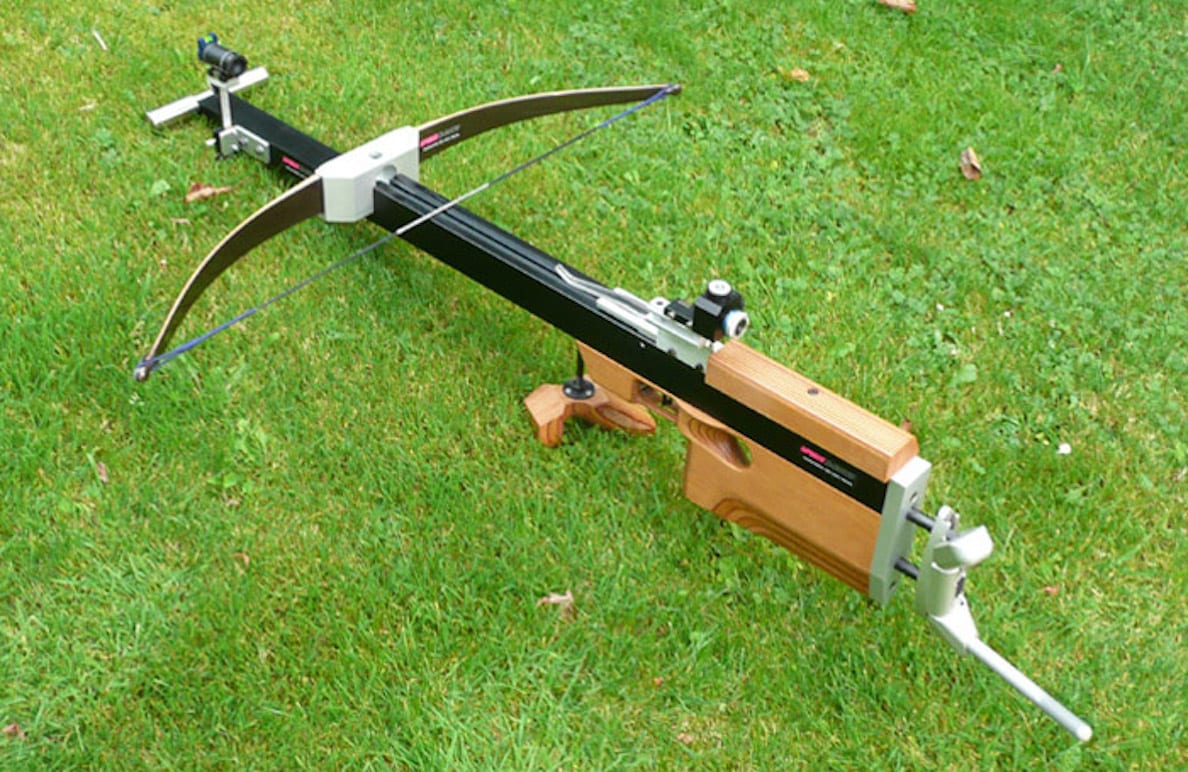 A self-styled paedophile hunter appeared in court following an incident involving a crossbow earlier this week.

The 24-year-old man was charged with two counts of assault, two counts of attempted intimidation, possessing an offensive weapon in a public place and false imprisonment.

He was due to appear at Craigavon Magistrates’ Court today.

A PSNI spokesperson said: “Recently, we’ve been dealing with the very high profile cases around the paedophile hunter incidents.

“Whilst many of those incidents remain under investigation, with protracted forensic examination of electronic devices, applications to international social media platforms and the like, we have time and time again advised these groups and individuals to stop any activity which would put cases at risk.

“We have also seen several incidents where fallout from their stings have gone well beyond their intended target, and have included families, friends, neighbours, and even unconnected people wrongly identified.

“In our district, we have dealt with a series of reports about an individual ‘hunter’. Allegations of assault, false imprisonment, attempted intimidation, and most worryingly and incident two nights ago involving a cross bow.

“Following that incident, a male was arrested and interviewed. Yesterday, he was charged with two counts of attempted intimidation, two counts of common assault, false imprisonment and possessing an offensive weapon.

“He was taken to court this morning and has since been remanded into custody.

“There is no doubt that a large number of those who support these groups and individuals have, themselves, fully noble intent. They are concerned parents, protective aunties and uncles, civic minded neighbours.

“What they do not deserve, and what our children don’t deserve, is the reckless and dangerous activity of self appointed groups who bypass the law and due process, therefore putting at HUGE risk the prospect of successful convictions. It must stop.

“As an organisation, we are very careful around public protection issues. Often, we simply don’t talk about ongoing cases or investigations.

“There are arrests in this district this week which I would love to be now giving the details of, but simply cannot do to protect the safeguards around the victim.

“The pedalled lie that police ‘do nothing’ is just that- a lie. Just because we don’t do a Facebook live video every time we arrest someone doesn’t mean we don’t do the work.

“We do, and will continue to do so. A quick internet search of court results will show that just yesterday a man was in court in Ballymena to be sentenced for charges similar to what these stings allege. This was pre hunter days.

“This was police work. This is what we do, and how it must be done to keep getting justice for and protecting our little ones.

“If you have any concern about your child, especially around their online activity, contact US immediately on 101. We may wear a uniform, but many of us are parents too, and will not shy away from the job of protecting children.”