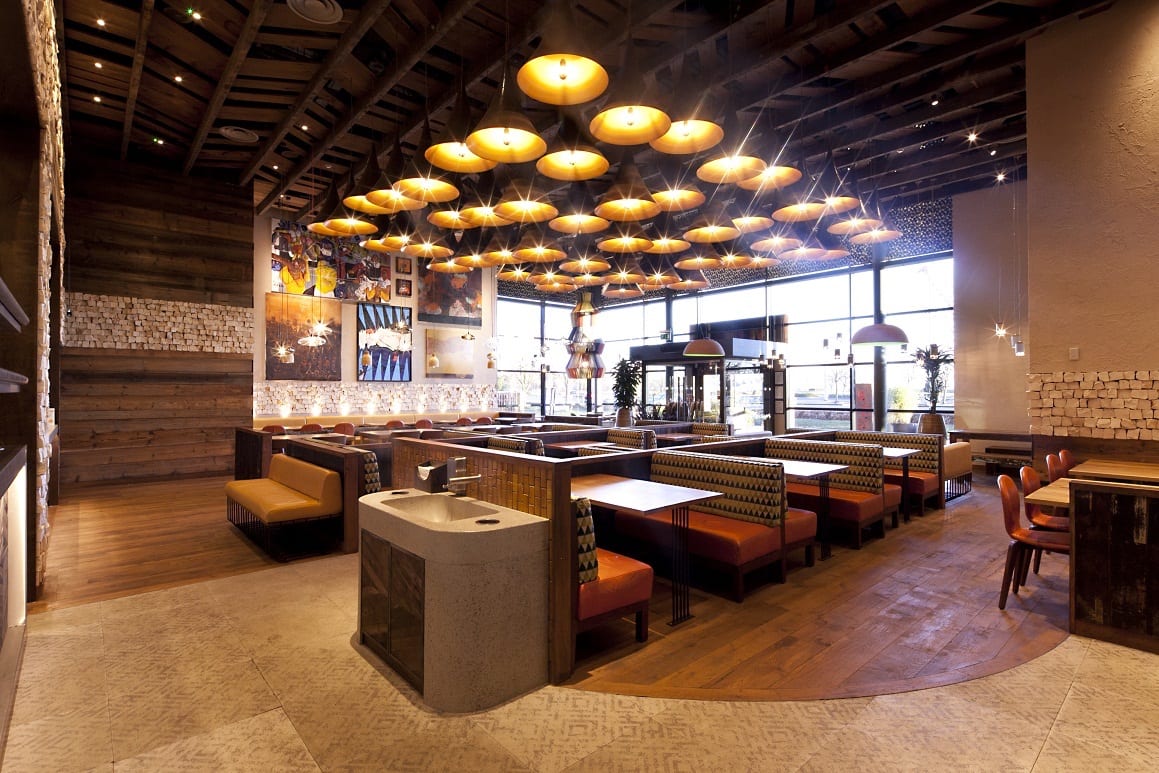 Nando’s and Five Guys are officially coming to Co Armagh, it has been revealed.

Rushmere Shopping Centre today confirmed that work is now under way to expand its Craigavon site after securing investment commitments from two of the world’s biggest restaurant brands, Nando’s and Five Guys.

The centre confirmed that two new units with a combined space of more than 7,000 sq. ft. are being developed to accommodate the new family restaurants before they open in the third quarter of this year.

Nando’s, which currently boasts five outlets in Northern Ireland and is popular for its flame-grilled PERi-PERi chicken, is committing up to 40 new full and part-time roles for this latest venture.

Five Guys’ Vice President for Ireland, David Malanaphy, said: “We are delighted to be adding Rushmere to our expansion plans. Five Guys is one of America’s fastest-growing restaurant chains and has almost 1,500 stores worldwide, with another 1,500 in development.”

Five Guys will create around 60 new local jobs at Rushmere.

Favoured by Barack Obama, Ed Sheeran and Tom Hardy, Five Guys, which has only one other outlet in Northern Ireland at Belfast’s Victoria Square, is famed for its extraordinary and expansive range of burger, fries and milk shake options.

Rushmere Shopping Centre manager Martin Walsh said the new restaurants would strengthen an already outstanding retail and catering mix which has helped to power its success for more than 40 years.

“Location, the right retail mix and access to big brands are what our customers enjoy, and we’re delighted to be dramatically increasing our restaurant provision with this outstanding new offer.”

With over 70 stores and extensive free car parking, Rushmere Shopping Centre is already firmly established as one of Northern Ireland’s top retail destinations.

Savills’ Colleen Fox said: “This latest significant investment confirms the attractiveness of this prime shopping centre and underlines its major appeal to a growing consumer base.”