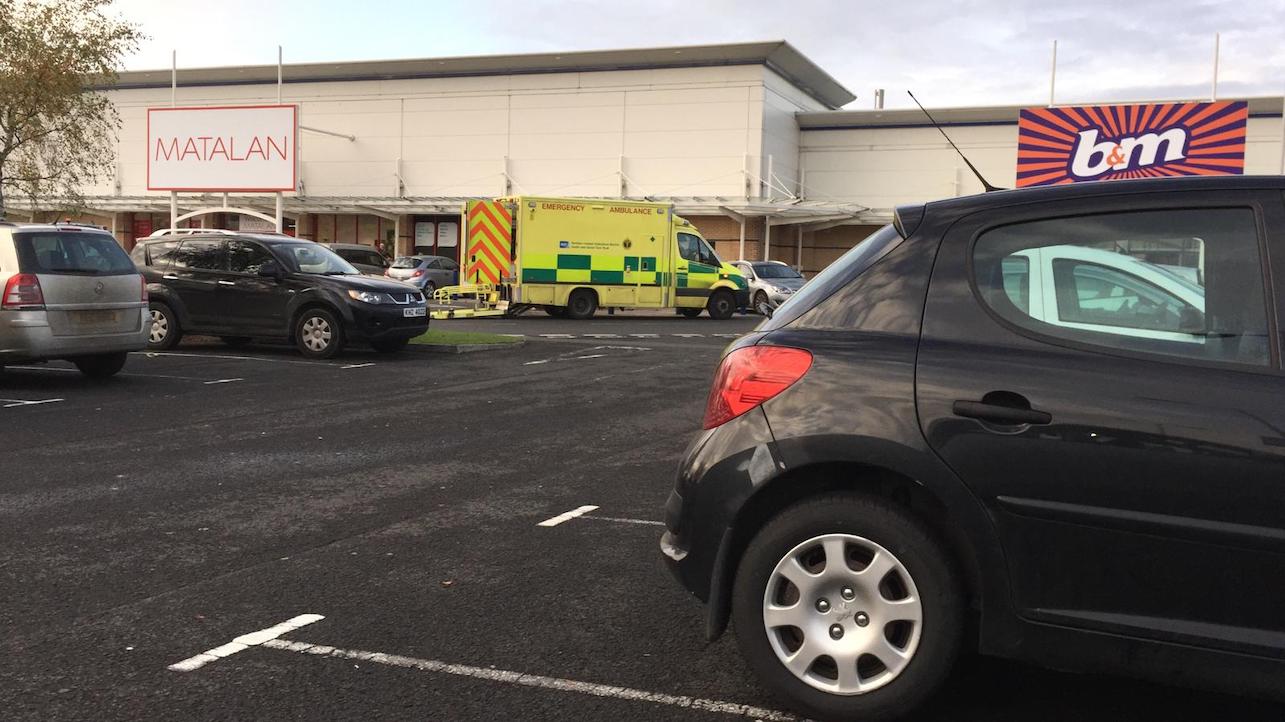 The driver of a Nissan Juke crashed through a barrier next to the Matalan store shortly before 3pm.

One eye-witness said the injured man was taken to hospital following 20 minutes of being treated in the back.

The woman said: “The bollard has been absolutely mangled and fortunately nobody was walking past at the time because it was a serious impact. Just looking at the car, it’s a complete write-off.

“We could be talking about something much worse here but fingers crossed the driver os okay – he must have taken a turn behind the wheel because no other vehicle was involved.

“He was put into the back of the ambulance and crews were treating him for a good 20 minutes before leaving the scene.”

The vehicle has been cordoned off but police remain on the scene.