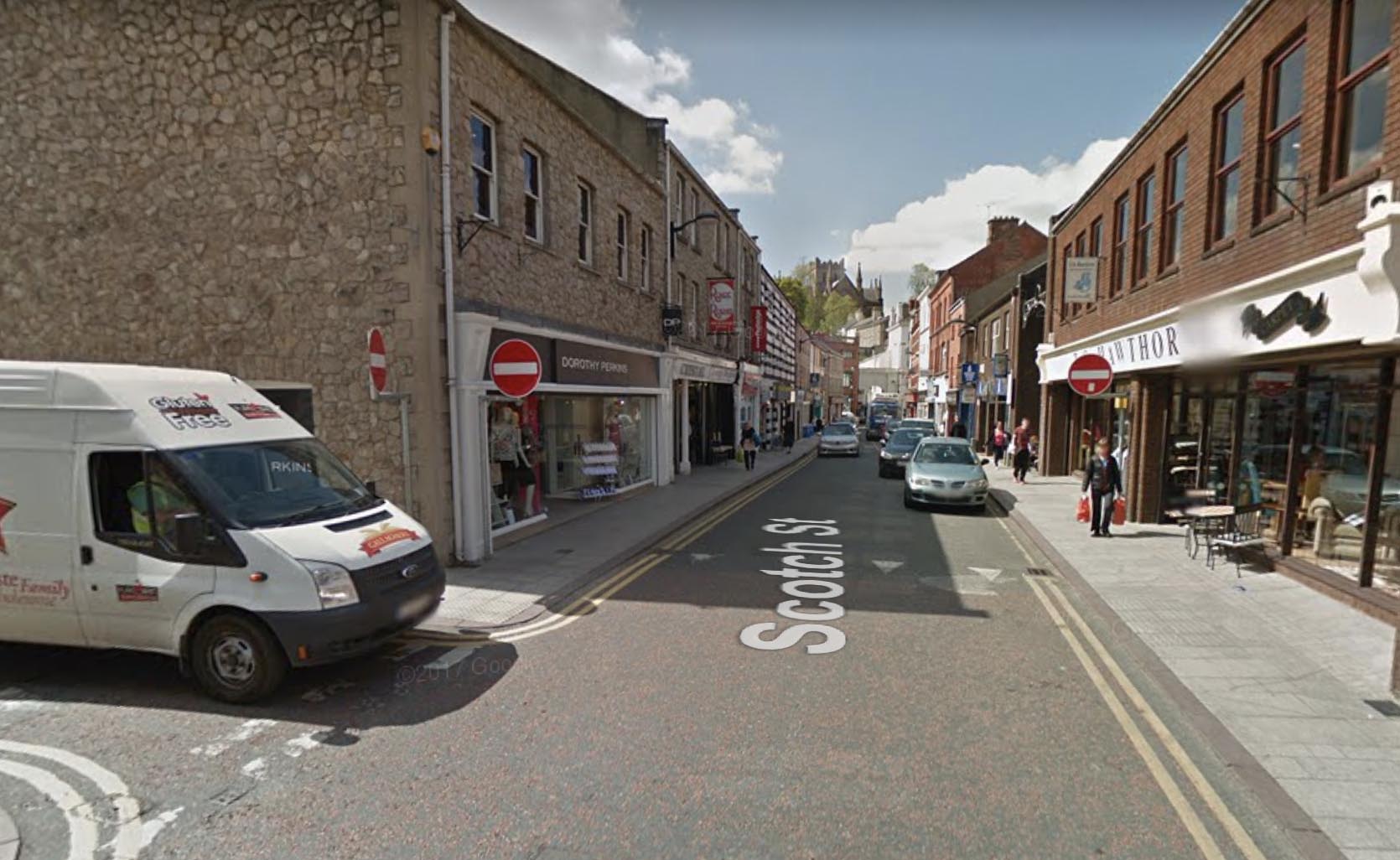 A Portadown man with 149 previous convictions breached his bail after attending a police station with a cannabis joint in his pocket.

The 26-year-old’s solicitor said the defendant’s partner of eight months had been a “steady influence” on the man who for the first time had a place to call home.

Defence solicitor Chris Logue stated that the defendant appeared after breaching his bail which had led to an additional charge of possession of Class B.

Outlining the case, a constable said that on October 23, police received a report from a member of the public that the defendant had slashed the tyres of a police vehicle on Upper English Street, Armagh.

Then at 4pm, there was a report of a male urinating in Gazette Arcade on Scotch Street.

This male produced a lock knife when he was approached by a member of the public.

At 4.30pm, police located Curry on Scotch Street and he matched the descriptions given.

The defendant was arrested and during a search a lock knife was located on his person.

Curry struggled with officers as they tried to escort him to a police vehicle.

He was then taken to Lurgan Custody Suite and whilst there the defendant urinated in a corner of a cell.

Curry was granted bail on these offences but on November 14, whilst signing at Lurgan police station, he was found to have a herbal cannabis joint in his possession, which breached conditions of this bail.

The defendant was interviewed and made full admissions to the offence.

Mr Logue stated: “He was fit to talk with police immediately. Police had said they could not positively test the cannabis and might have had to wait until morning if he denied it.

“He claims he did not know the drugs were there. He said to police in interview: ‘Do you think I am stupid enough to walk into a police station with that?'”

He continued: “Jodie Curry always has a hard bail application. He has 149 convictions but his partner is here, who he has been with for eight months, and she has been a very steady influence.

“She has never had any trouble with the law. He had been residing with her parents and they had helped him get an appointment with the GP to refer him to community addictions.”

Mr Logue added: “This has all been thrown up in the air for the sake of a single cannabis joint. This is the first time Mr Curry has had something you could call a home.”

Deputy District Judge Austin Kennedy stated: “He has an appalling record for public order offences and drug use. There has been a breach of bail and there is a fear he will commit further offences.”

Curry was refused bail with the matters which occurred in Armagh being adjourned until November 26.

The defendant will appear on November 22 for the matters which relate to Craigavon.