Lord Mayor marks end of term with £14,000 in charity donations 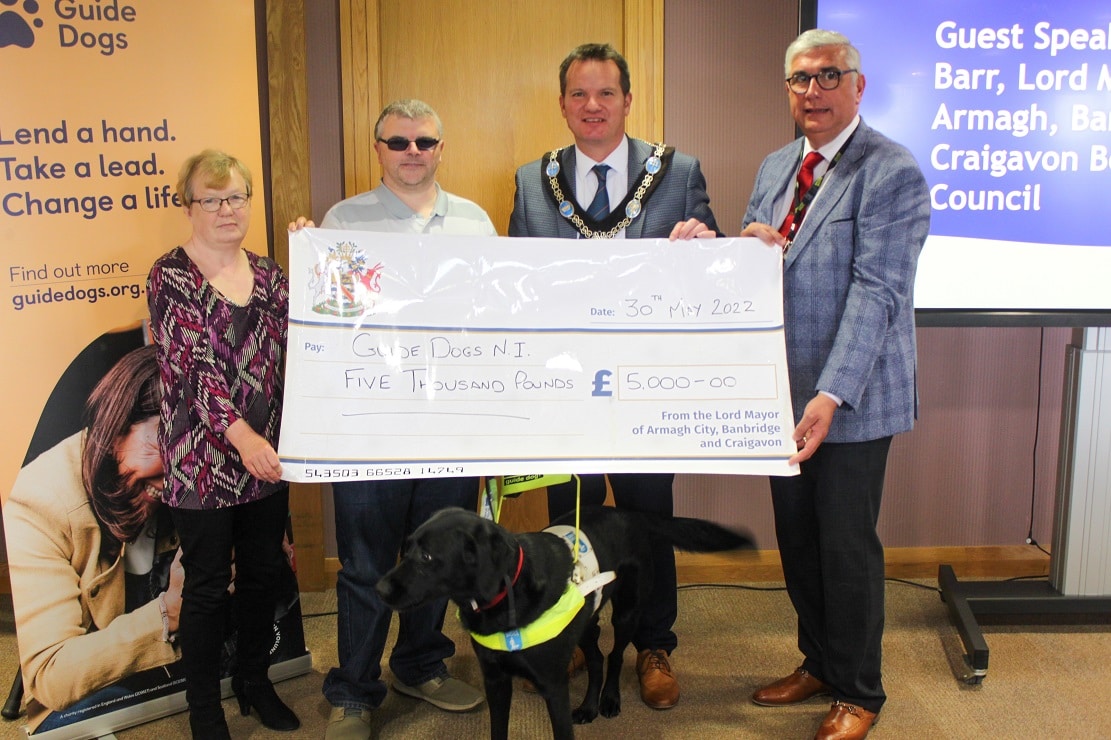 Gary Wilson, Les and Stephanie Masey and “Munro” from Guide Dogs NI receiving a cheque for £5,000

The outgoing Lord Mayor of Armagh City, Banbridge and Craigavon Borough Council has finished his term of office on June 6 with presentations to three different charities totalling £14,000.

Alderman Glenn Barr, of the Ulster Unionist Party, on stepping down from the post, raised £5000 for Guide Dogs NI, who assist people suffering from sight loss, £5000 for Angel Wishes, who support children in Northern Ireland with cancer-related conditions and £4000 for Royal British Legion Industries. RBLI is a separate charity from the Royal British Legion, with the distinct focus on service delivery.

Alderman Barr began his tenure as Lord Mayor of ABC in June 2021.

Following the Annual Meeting of ABC on Monday night, it was announced that the DUP would take over the office, as Councillor Paul Greenfield was appointed to the post. Alderman Barr presents a £5000 cheque to Gaye Kerr from Angel Wishes, which was the Lord Mayor’s chosen charity for his year in office. As Lord Mayor, Alderman Barr hosted a Tommy Sleep Out event across a number of locations within the Borough and is thrilled to donate the proceeds of £4,000 to RBLI.