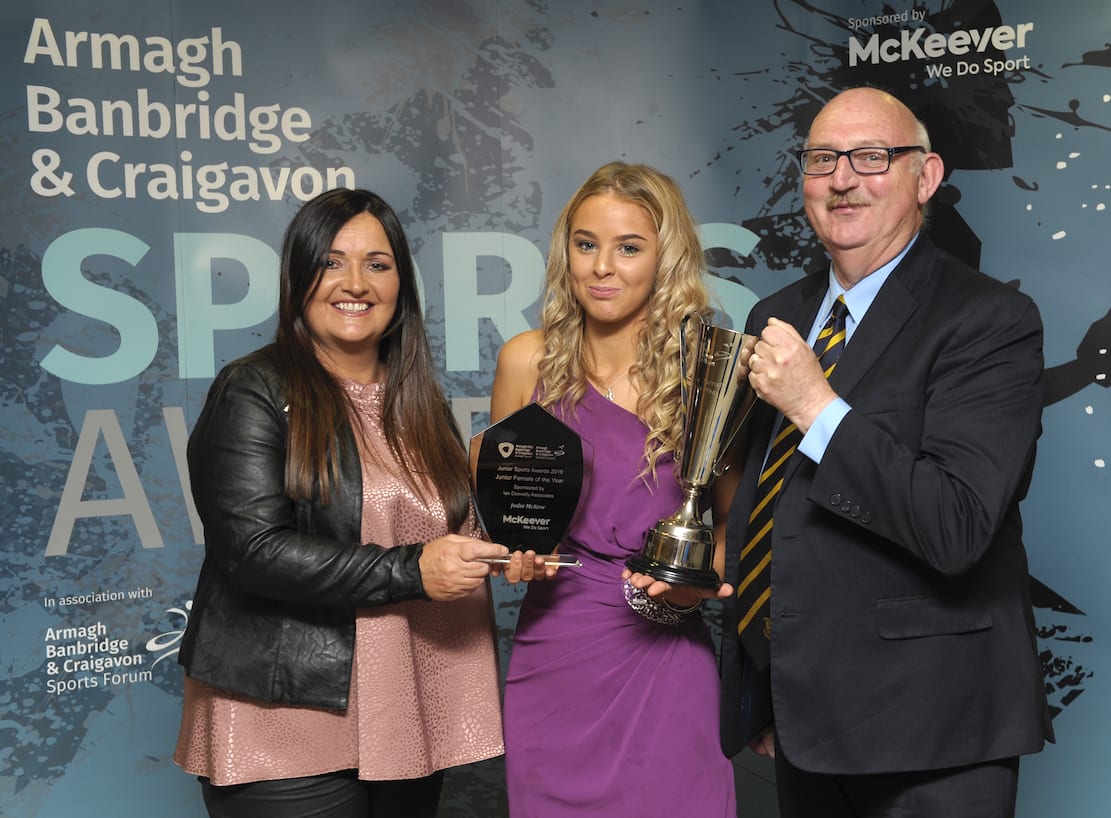 Craigavon Civic and Conference Centre rolled out the red carpet on Friday to welcome over 200 guests to the Armagh, Banbridge and Craigavon Junior Sports Awards 2019.

The ceremony celebrated what was an unforgettable year of sporting glory at a local level and paid tribute to the sports stars of the Borough.

The prestigious event, which was compered by U105’s Denise Watson, featured a total of 65 nominations shortlisted across 12 categories.

The wealth of talent being honoured demonstrated that the Borough has a vast, rich and diverse pool of people who merit recognition for their outstanding sporting achievements and performances throughout the year.

Addressing the award nominees, Lord Mayor of Armagh City, Banbridge and Craigavon, Councillor Mealla Campbell, said: “Each year we continue to be in awe of the excellence achieved by our individuals, schools and clubs.

“It is our pleasure as a Council to recognise your talents through these Awards and in so doing hopefully offer you the encouragement to go on to bigger and better things.”

Lady Mary Peters was the special guest for the evening who truly inspired the young people in the audience to keeping striving for all that they want to achieve and never give up reaching their goal.

Edith Jamison, Chairman of the Sports Forum, extended her thanks to the Lord Mayor for the support offered from Armagh City, Banbridge and Craigavon Borough Council which enables them to organise such important events and celebrate the sporting excellence across the Borough.

She also paid thanks to the headline sponsor McKeever Sports, Intersport and each of the individual category sponsors. 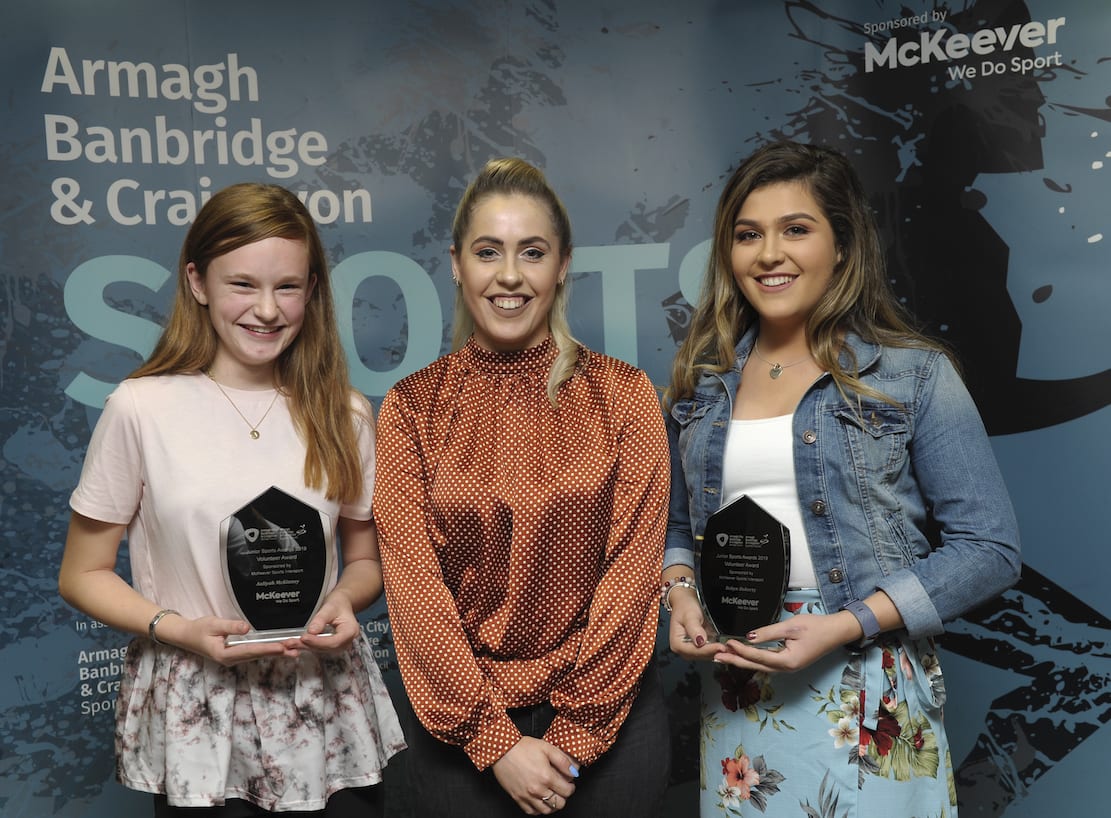 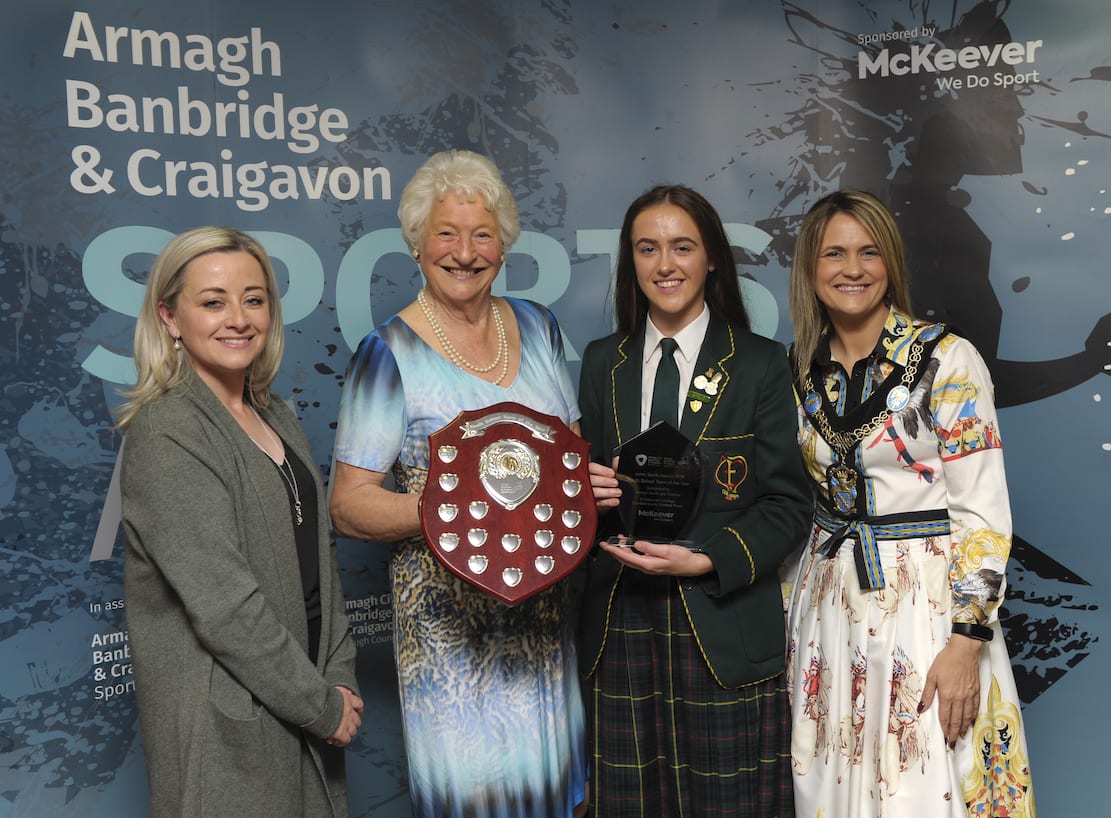 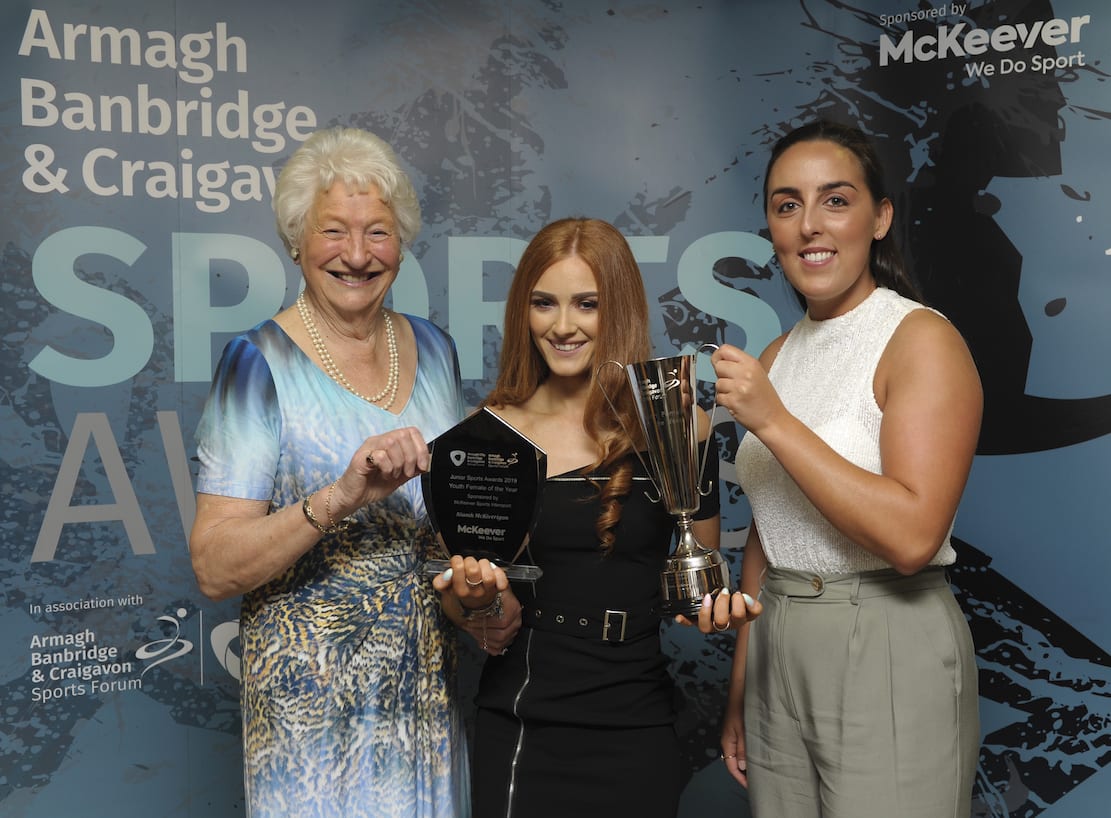 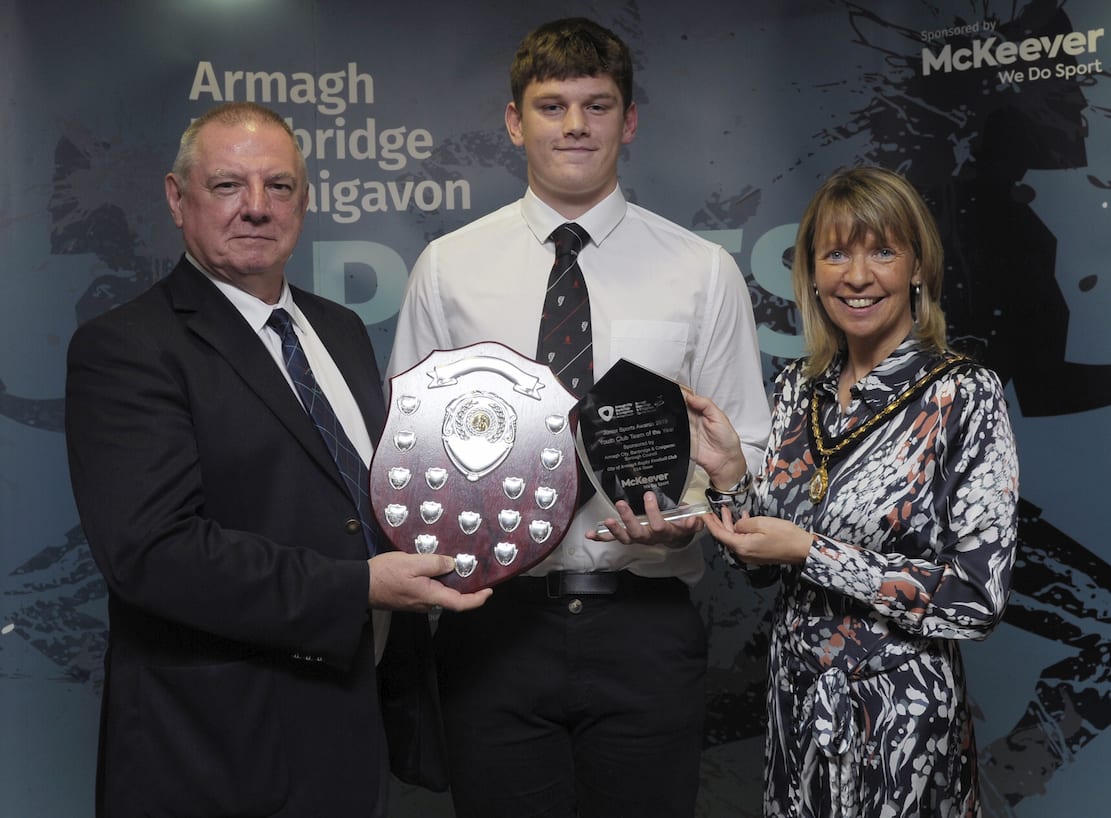 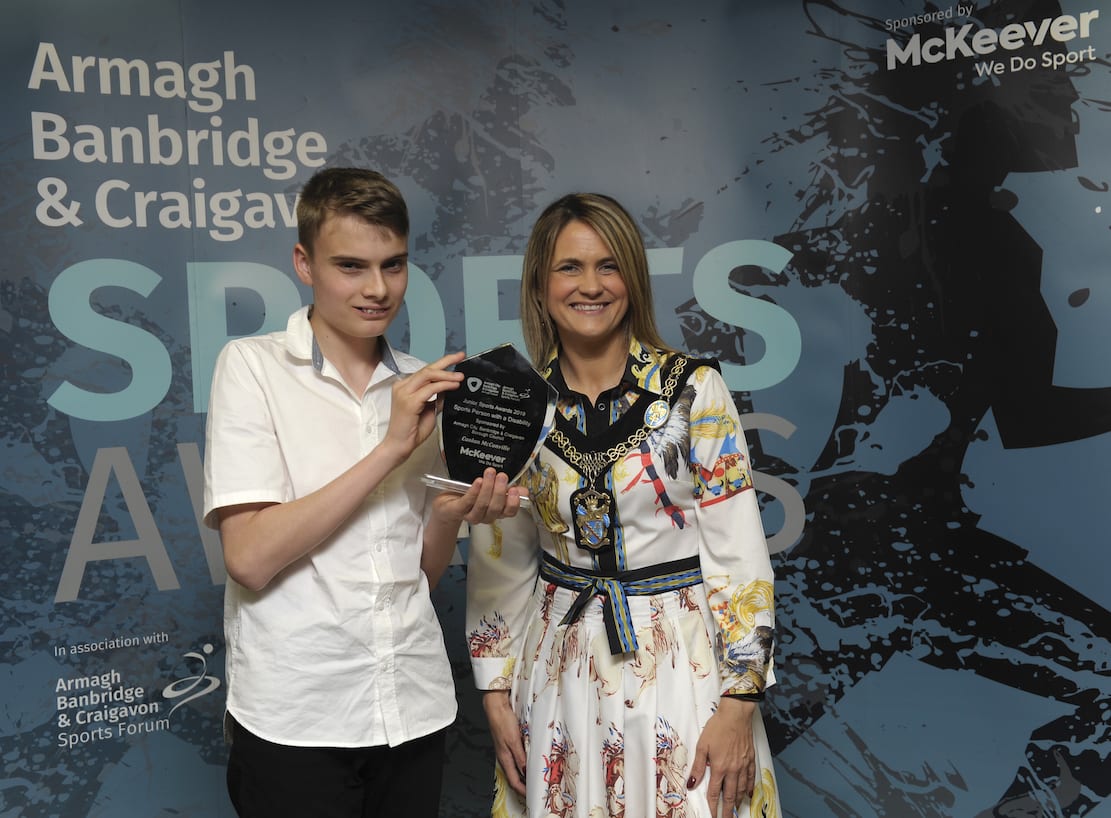 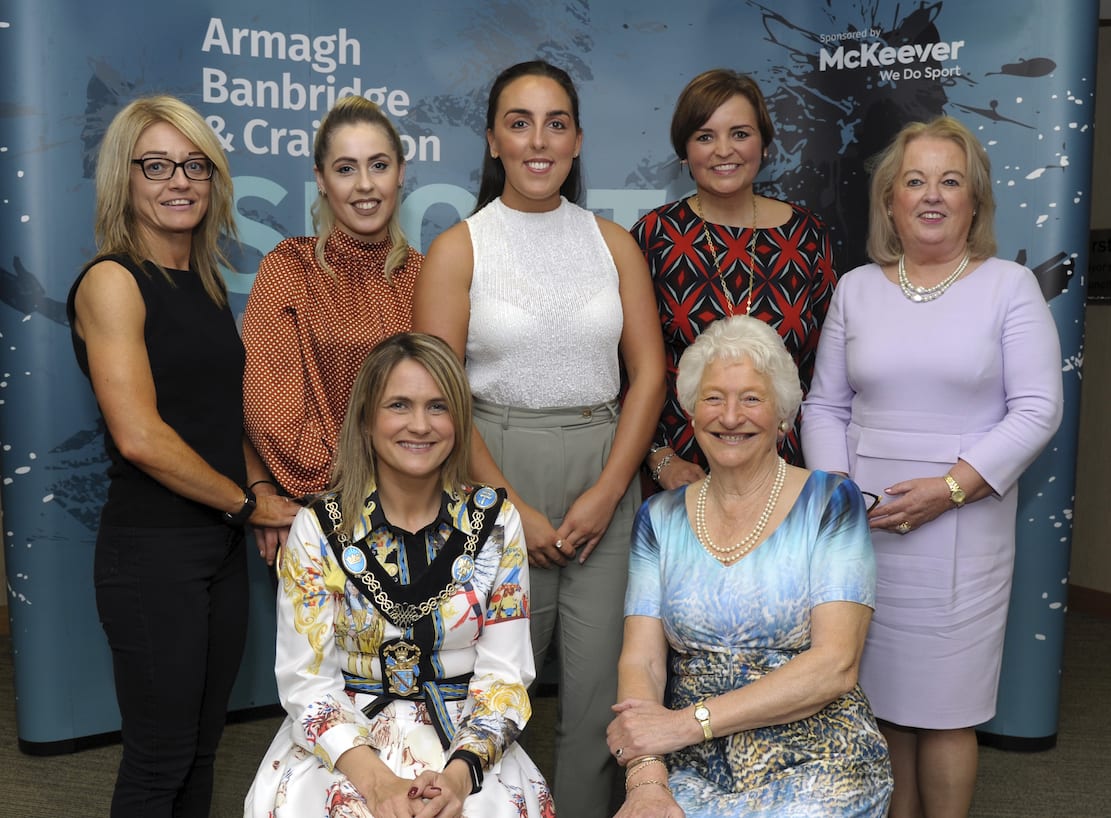 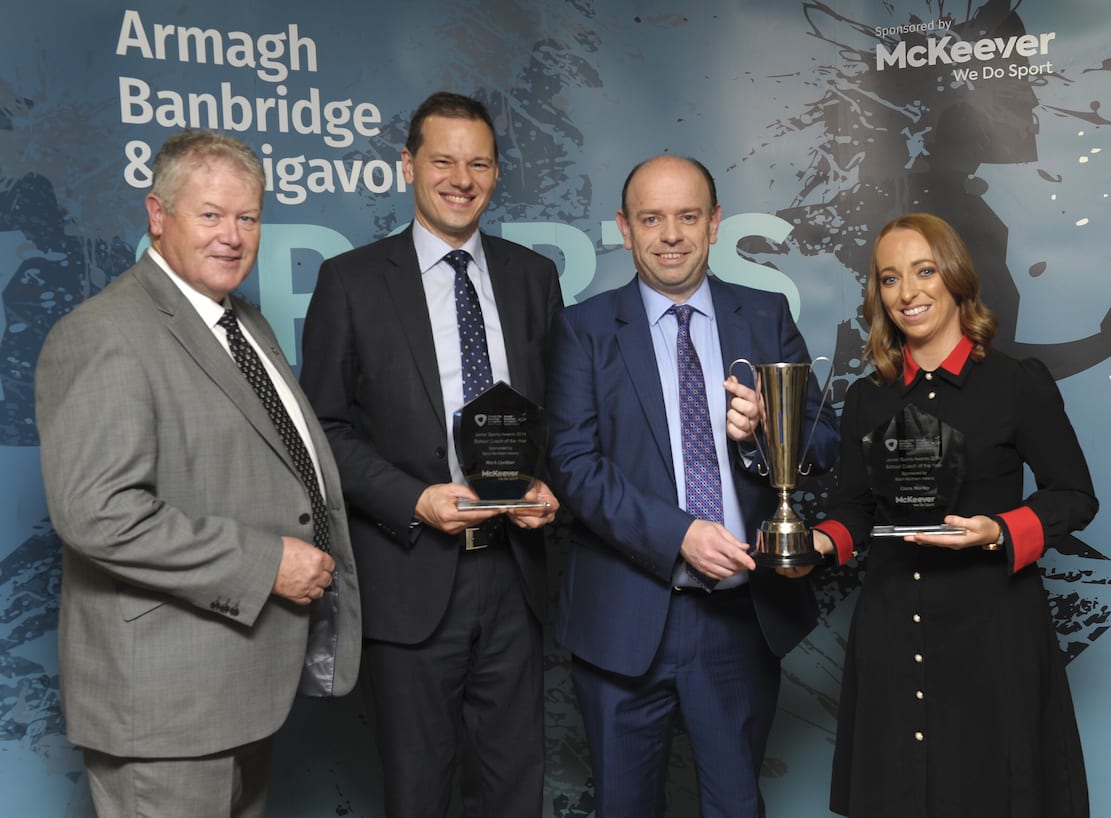 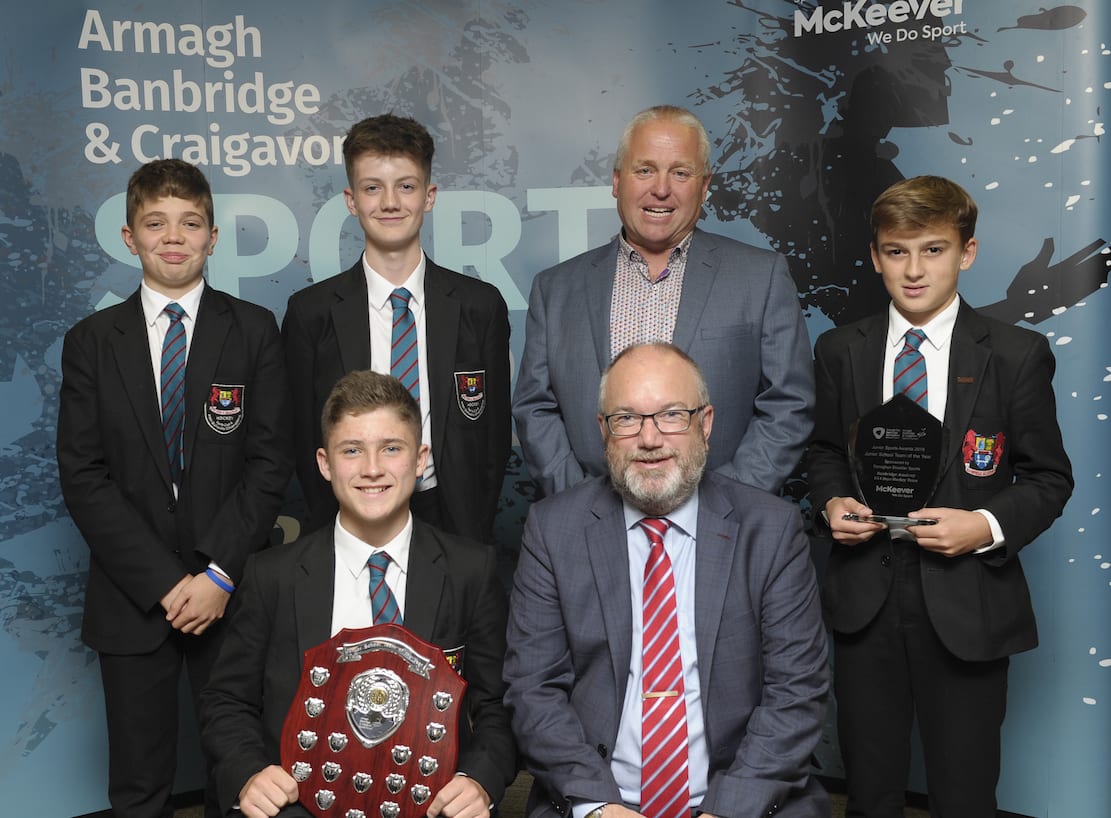 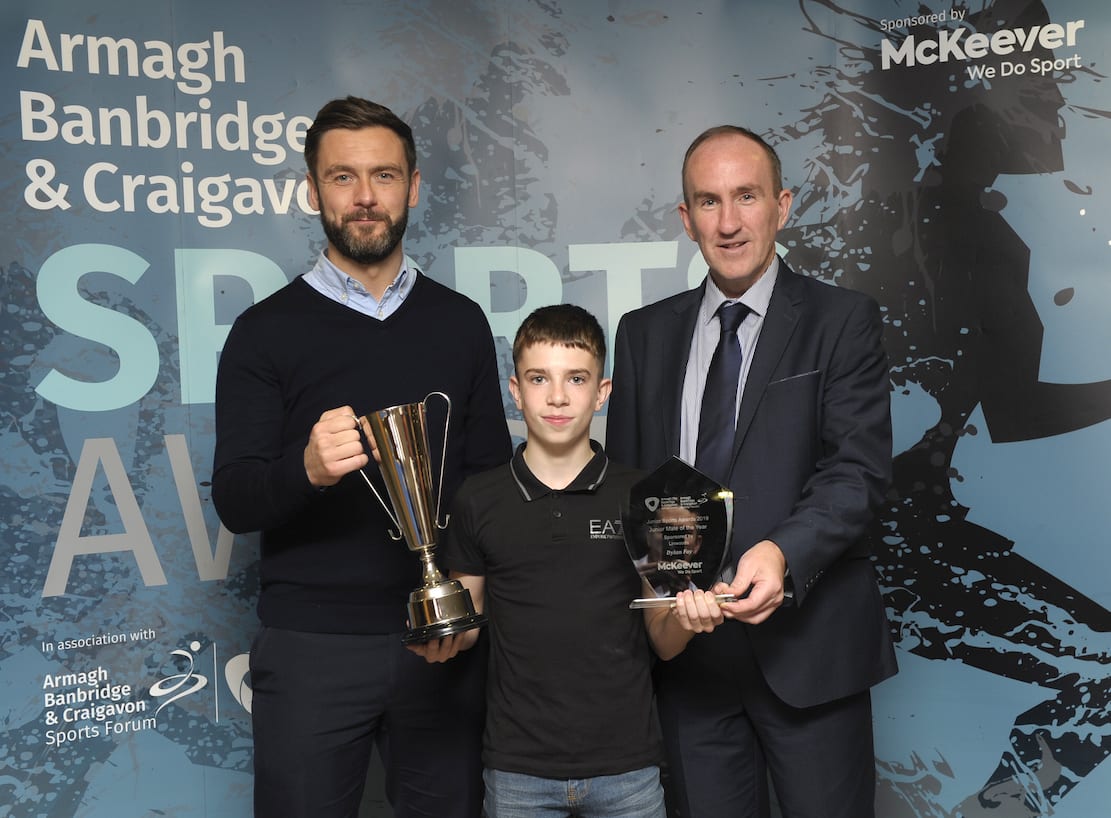 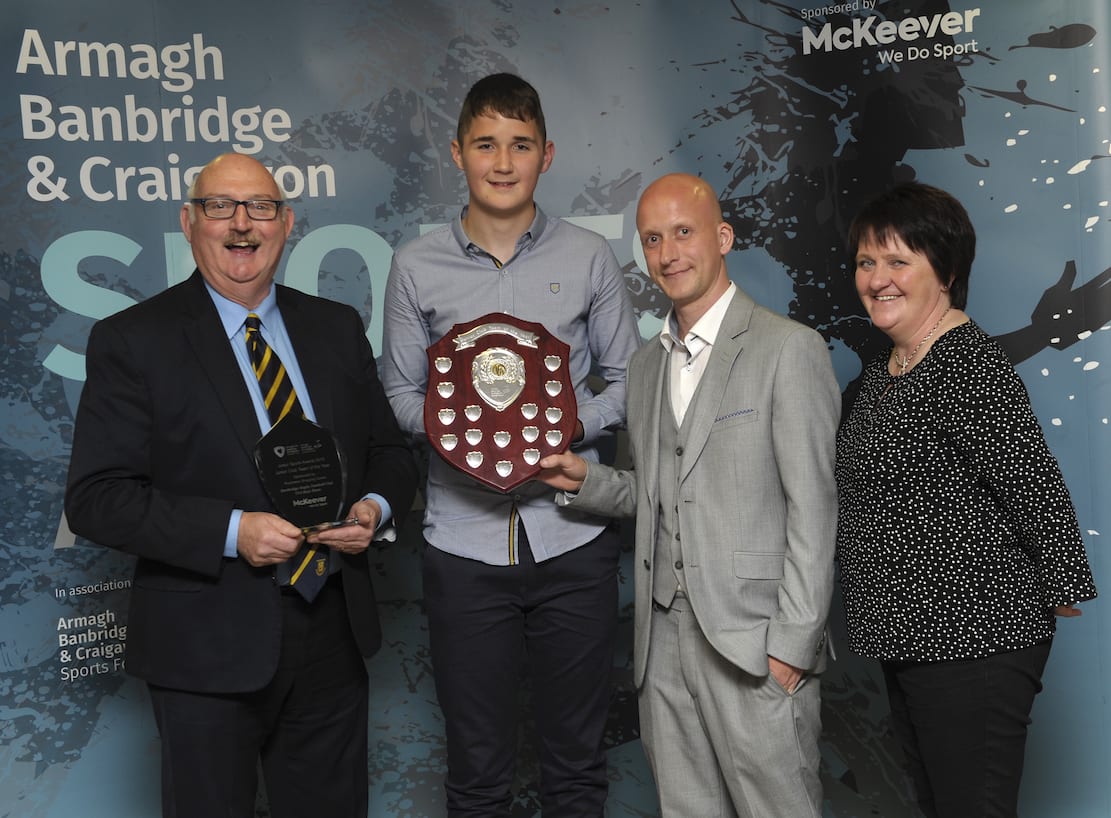 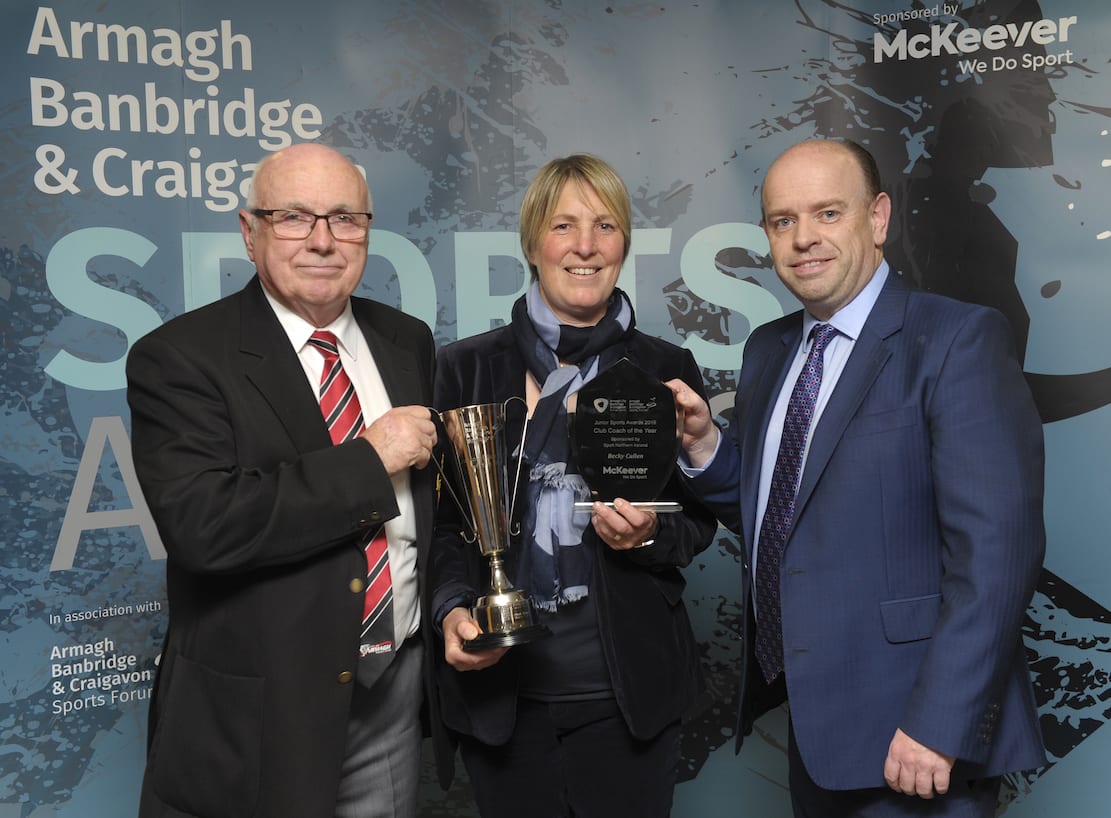 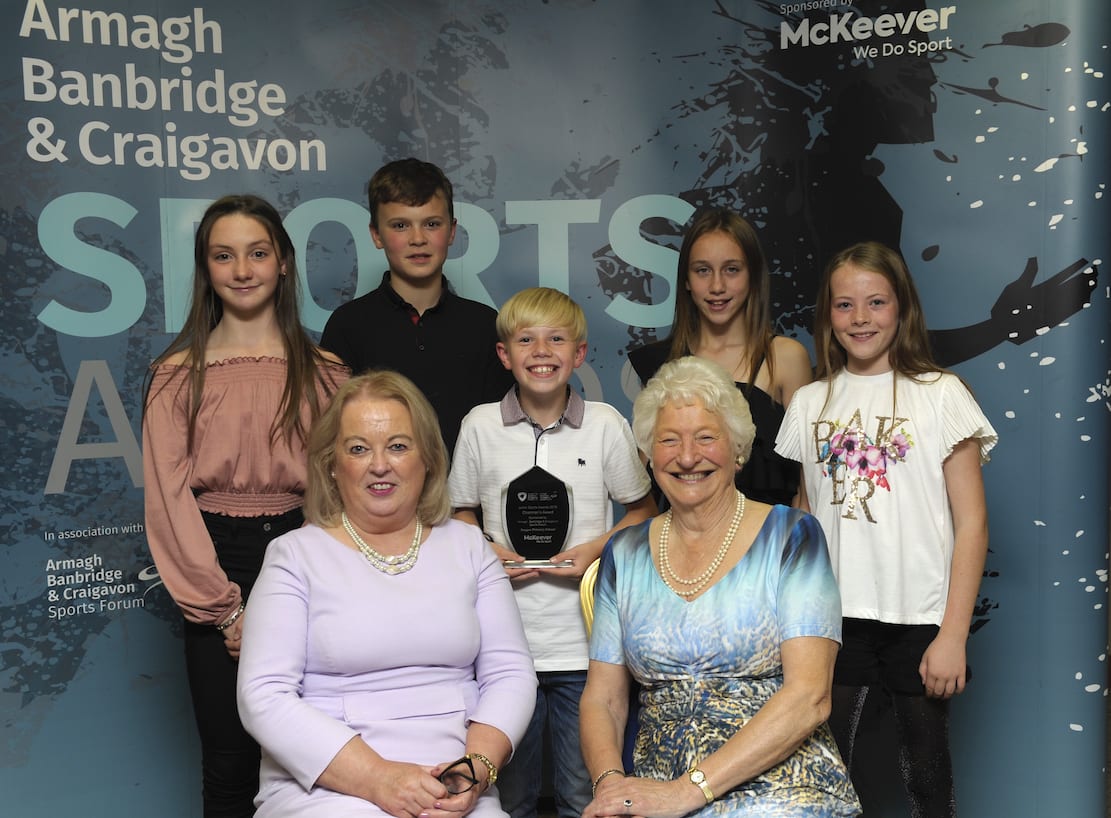 Banbridge Rugby Football Club’s U14 Team who were Ulster League and Cup winners for the first time in the Club’s history.

Junior Male of the Year sponsored by Linwoods:

Dylan Foy from Banbridge Amateur Boxing Club who is the Irish Boys U14 Boxing Champion.

Junior Female of the Year sponsored by Ian Donnelly Associates:

Jodie McKew who won Silver at the Dutch Open and Gold at both the World Grand Prix and Croatia Open. She is also a member of the Great Britain Olympic Pathway Squad.

Youth School Team of the Year sponsored by Armagh Sports and Trophies:

St Catherine’s College U16 Girls Gaelic Football Team who claimed the Ulster School’s U16 ‘A’ title before winning the prestigious All Ireland School’s Junior ‘A’ title.

City of Armagh Rugby Club’s U16 Team who had double delight winning both the Ulster U16 League and Cup.

School Coach of the Year sponsored by Sport Northern Ireland:

Ciara Marley from St Catherine’s College who coached her U16 Girls Gaelic Football School Team to an Ulster ‘A’ and All Ireland ‘A’ title.

Mark Cordner from Banbridge Academy who coached his U14 Boys Hockey Team to winning both the Ulster Ferris Cup and the All Ireland Schoolboys Hockey Championships.

Club Coach of the Year sponsored by Sport Northern Ireland:

Becky Cullen from Iveagh Pony Club who coached the Irish Pony Eventing Team to win Team and Individual Silver at the European Championships.

Youth Male of the Year sponsored by McKeever Sports, Intersport: