'We're not here to change the world. If we can help one child, that's our job done' 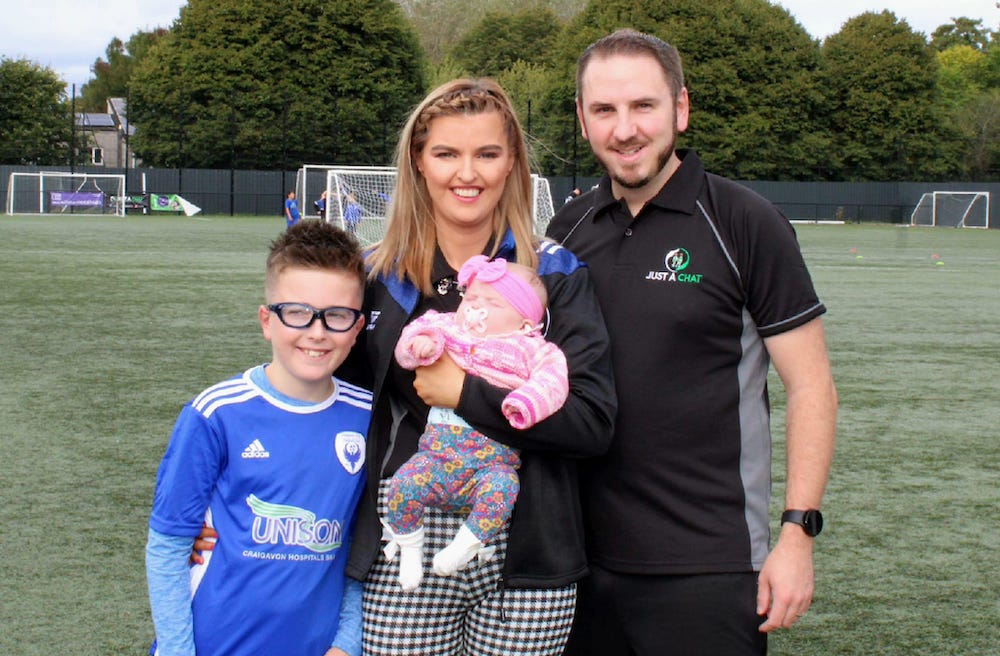 A Craigavon couple who set up a charity for young people struggling with mental health difficulties have said the amount of people contacting them is “scary”.

Husband and wife Conor and Amy Hegarty set up Just a Chat in March – two weeks after coming to the aid of a teenage boy on a motorway bridge and talking him out of suicide.

Since then, they have been working to educate children aged 11-18 and their parents on where to go or what to do if faced with a crisis.

Shockingly, most of those needing help are aged between 12 and 13 years of age.

Their latest initiative is  a calendar which lists 12 organisations, including Lifeline, MindWise and the Niamh Louise Foundation,  and details on how to contact them, including free phone lines.

Said Amy: “We want to be the early intervention. We are trying to make kids understand that there are a lot of charities out there that can help, to prevent them getting to the stage where they think they have no other choice.

“If that young fella had had the access to those 12 organisations, he might have phoned one. When you’re in despair, you’ll do anything.

“The kids don’t know what to do or where to go when faced with a crisis. Children, we find, are growing up too soon and a lot of that is social media and the pressures of society.”

Added Amy: “The calendar is almost like a First Aid kit. You hope you’ll never need it but it’s there if you do.”

The couple run the charity in their spare time. Conor is a sales executive and coaches three nights a week with Craigavon City FC, while Amy, who also has a sales background, is caring for their three-month-old daughter Mollie.

She said reaction to the charity had been very positive but they had been surprised by the number of people needing help.

“The amount of people that has contacted us is scary. Our inbox is constantly overflowing with people looking help for their kids,” she said.

“Parents are desperate to find the answers and it’s causing them a lot of mental health issues too.

“The whole reason we set up the charity was because of the young lad we found. I was pregnant at the time and Conor already has a son, Leo.

“We were thinking, ‘Imagine if anyone came to our door with Leo or Mollie and said they had just tried to commit suicide’.

“Nobody expects their child to be in that situation. It made us think. Kids need places to go and people to talk to.”

The calendars cost £10 and the couple are planning to use the proceeds to do podcasts and videos, showcasing the work of the organisations.

“We have been approaching the schools and a lot of them are very interested, and Tesco has bought them as well,” said Amy.

“Sperrin Integrated College in Magherafelt has bought 140 as Christmas presents for their Year 8s which is an absolutely fantastic idea.”

“We have had so much positive feedback. We feel already that we’ve helped so many people, just by spreading the word about the charities that are there to help.

“We’re not here to change the world. If we can help one child, that’s our job done.”