The five remaining sites will then reopen 'within days' 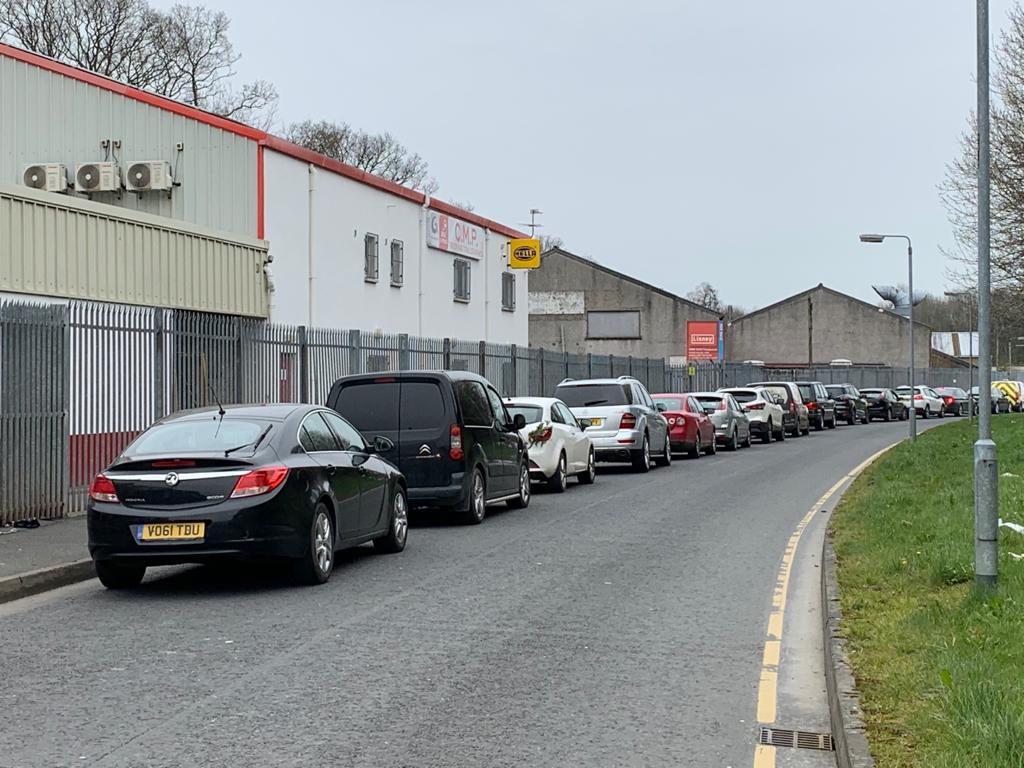 And the remainder will reopen “within days”.

A paper had been prepared on the issue to go to the first remote meeting of council on Thursday night.

But an announcement by the Northern Ireland Executive in relation to garden centres and recycling centres superceded that.

Delegated authority has now been given to council officials to progress the matter without having to wait for a further full council sitting.

And once the full safety procedures are satisfied – and all the protocols in place – they will be able to move to reopen towards the start of next week, although the exact day has not been confirmed.

Strategic director Mark Parkinson spoke of the “quickly changing environment” and said they should move to reopen the four main centres – Armagh, Banbridge, Lurgan and Portadown.

And Mr Parkinson then said the proposals should see the reopening of the five satellite sites within the borough, namely Keady, Markethill, Tandragee, Dromore and Rathfriland.

SDLP Councillor Thomas O’Hanlon said that the bulky waste collection should also be restarted “in tandem” with the reopening of the centres.

He also asked for a leaflet and guidance in relation to the service for those who are shielding to be considered and prepared.

Councillor O’Hanlon welcomed the movement and said it opened up an avenue for council to move on.

Chief Executive Roger Wilson said he had taken calls from party leaders prior to the meeting after the Executive’s announcement just hours before and there had been a “desire” to have them reopened.

And Mr Parkinson said it made “complete sense” that at the same time the bulky waste collection was resumed. Large items people cannot take to recycling centres for themselves, like sofas, mattresses and white goods, he explained, would fall into this category. This is a free service, it was pointed out during the course of the live streamed meeting.

He also said that he would go away from the meeting and look at putting in place an “appropriate system” to deal with people who are shielding.

Ulster Unionist Councillor Julie Flaherty said she was “so proud” of the staff who were out keeping services going day and daily. Her party was, she said, happy to support a move on the first four centres reopening and moving forward quickly on the remaining sites.

She said it was a huge challenge for everyone and while they acknowledge some of the decisions are “tough but necessary”, they are done with “good heart” and to protect everyone.

Alliance Councillor Eoin Tennyson said he hoped they could move forward based on scientific advice and not public opinion and spoke of the need to have proper PPE in place for staff.

And DUP Councillor Darryn Causby said he was glad that “all the ducks on this council are in a row” and he looked forward to reopening.

He asked what type of waste would be accepted and was informed the intention was for black bags and green waste initially and this could be expanded.

Independent Councillor Paul Berry said they needed to get the message right at the start.

He said some areas do not have brown bins for green waste and felt there should be some common sense in terms of how public brought their waste to the site.

Mr Parkinson said initially the intention was to limit to cars only, with no vans and no trailers at the moment.

Once over the peak of initial demand for the use of the site, they could look at this.

He also said they could look too at reopening the smaller sites and cautioned said these were “extremely small” and vast demand would mean they would have to close again.

DUP group leader Councillor Mark Baxter said it was important to get all open as some who relied on the five smaller sites would feel “short-changed”.

And party colleague, Alderman Gareth Wilson, said they needed to get the word out on what can and cannot be accepted at sites and this must be widely circulated so there is no confusion.

On whatever day they do reopen, the hours would be initially Monday to Friday, from 10am to 6pm, for the general public for black bags and green waste.

And NHS and primary care sector workers would have “an alternative slot”, from 8am to 12noon, on Saturdays.

DUP Councillor Margaret Tinsley asked for centres to reopen all day Saturday as many are returning to work and Saturday might be the only day to suit. She asked that it be debated at the intended party group leaders meeting tomorrow (Friday) night.

She was informed this was not set in stone and it would “move along quite quickly” given the availability of staff.