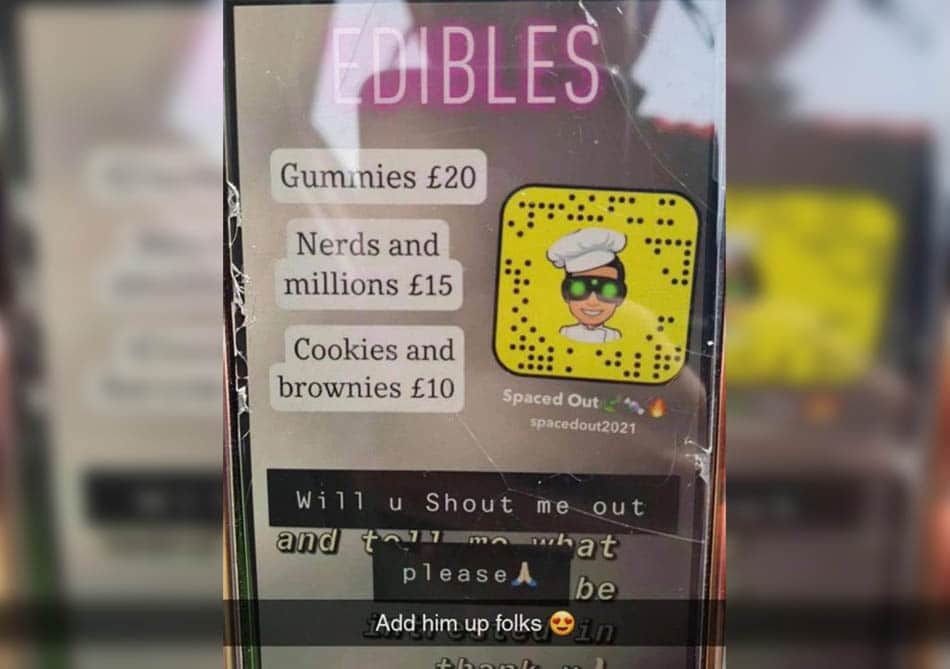 The latest incident has been highlight by Sinn Fein Councillor Catherine Nelson, who says she was contacted by a concern parent in north Armagh over a Snapchat account offering chocolate brownies, gummies and the popular sweet Nerds and Millions.

Councillor Nelson said the account is sending messages to users who have not added the profile on their app.

The Craigavon representative, who has contacted the PSNI on the matter, has also urged parents to check their children’s phone for the user ‘spacedout2021’.

It’s not the first case of this happening as last summer Armagh I reported how children as young as 12 in Lurgan asked if they want to buy drugs with some of the messages including special offers.

Speaking at the time, a spokesperson for the North Lurgan Community Association described it as “an alarming development”.“Drugs, whether it be illegal substances or prescription medication, is the number one concern of residents in the north Lurgan area.

“The community association in partnership with Copius Consultancy will be launching our health and well-being programme in the next few weeks and as part of that programme there will be events which we hope will support our community in tackling the ever growing problem of drugs and substance misuse in our area.

“In the meantime if anyone is concerned about a family member or struggling themselves please reach out for help.”

Almost £10,000 worth of drugs seized in house searches in Lurgan since March, police confirm