Swanlow Alexander is a prize-winning boar 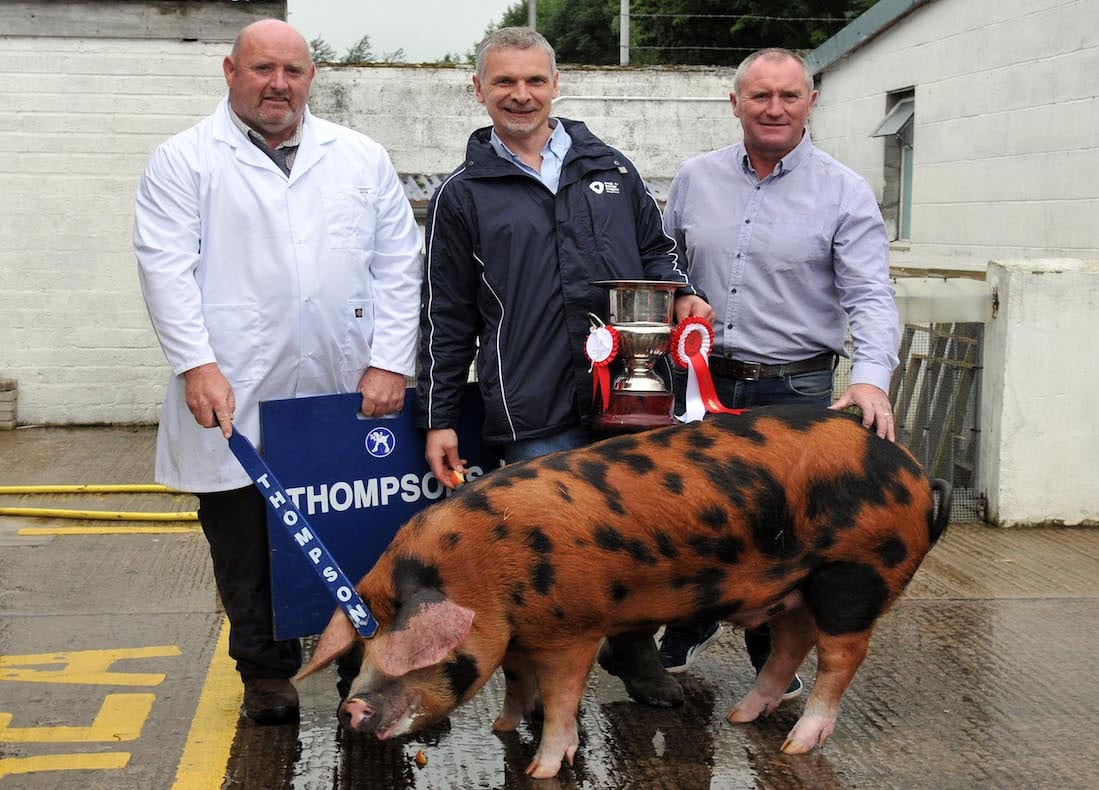 It’s not everyday you have royalty in county Armagh – and today is no different!

However, at Tannaghmore Animal Farm in Craigavon has an extremely distinguished resident within its gates – a very rare breed of boar who recently won two highly esteemed awards at the annual Rare Breeds Survival Trust Show in Gosford Forest Park.

Swanlow Alexander – a name fit for royalty (but not actual royalty) – is an Oxford Sandy and Black boar and provoked a lot of interest at the show when he won both ‘Breed Champion’ and ‘Class Champion’, especially when he is just eight months old.

He came to Tannaghmore in April at four months old and is a very special addition to the farm.

With his distinctive orange colouring with black spots and flashes of white, he is a very handsome boar – and this colouring helped to play a part in winning his awards.

So what does a boar have to do to win an award? Competition at the RBST show is fierce with breeders from all over Northern Ireland spending months preparing their animals for judging.

Staff at the farm have been teaching Swanlow how to walk around the ring (a bit like Crufts for pigs!) in a particular way and without distraction. This is much harder than it sounds as pigs have quite a feisty personality! He has been washed, cleaned, brushed and oiled twice a week to ensure his coat is maintained to optimum standards and fed a strict diet.

On the day, judges then inspect each boar entered to see if they meet the breed standards. This includes factors such as their colour, spot patterns, the size of their snout, the shape of their ears, the length of their legs, body confirmation and much more.

“We are absolutely delighted that our boar has been crowned champion – he is a very special animal down at the farm,” commented Councillor Declan McAlinden.

“I know that our staff have put a lot of time, effort and dedication into ensuring Swanlow Alexander is kept to these very high standards and this is just the beginning for him. This breed of pig was once a dying breed so it is fantastic to know that he will also play a part in keeping this rare blood line going.”

Tannaghmore Animal Farm also have two Oxford Sandy and Black sows, which they will breed as part of their ongoing breeding programmes in conjunction with the RBST. Breeders from the UK have also asked to include Swanlow in their breeding programmes in a bid to maintain the numbers of this particular type of pig.

So next time you are down on the farm you can give Swanlow or Alex as he is known on the Farm your congratulations!