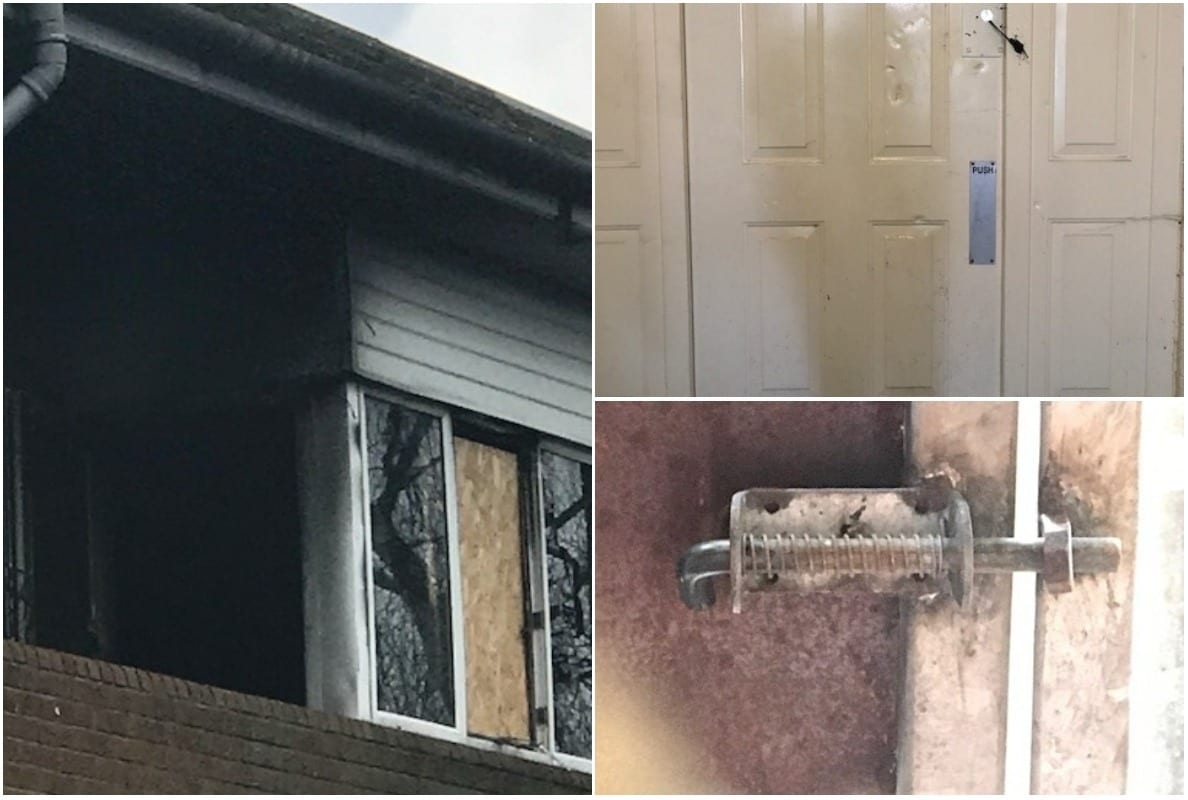 Thomas Larkham at the Moyraverty flats.

The Housing Executive has been asked to step up to the mark and take action to address serious health and safety concerns at a block of flats in Co Armagh.

The Moyraverty flats, Brownlow, have been branded “an eyesore”.

And a number of recent fires there have led to additional calls for action before a tragedy occurs.

SDLP Craigavon representative Thomas Larkham told Armagh I : “I have personally been contacted by residents living in these flats and they have expressed their anxieties that these flats are not fit for purpose for a number of reasons.

“A distressed tenant told me she had been living without heating or hot water for months while another tenant describes his circumstances as ‘slum landlord stuff’ – while damp continues to rise up his walls.

“In addition to these serious issues I discovered a number of health and safety breaches which remain unresolved despite residents and shop owners complaining to NIHE for months.

“Recently there have been two fires in the flats, and apparently within minutes on both occasions the corridor filled up with thick black smoke. These presenting fire hazards currently would hinder peoples escape and possibly lead to fatalities.

“I also discovered the power box room door by the side of the flats is being held shut by two masonry screws.

“These flats are a complete eyesore and thorn in the side of a thriving community. I call upon all statutory agencies to step up and deliver a regeneration plan for this area.

Mr Larkham said he and his SDLP colleagues had reported a number of other serious issues relating to this area to NIHE and “so far we have had no response”.

He has called upon the Housing Executive to act immediately and seek a solution to the issues.