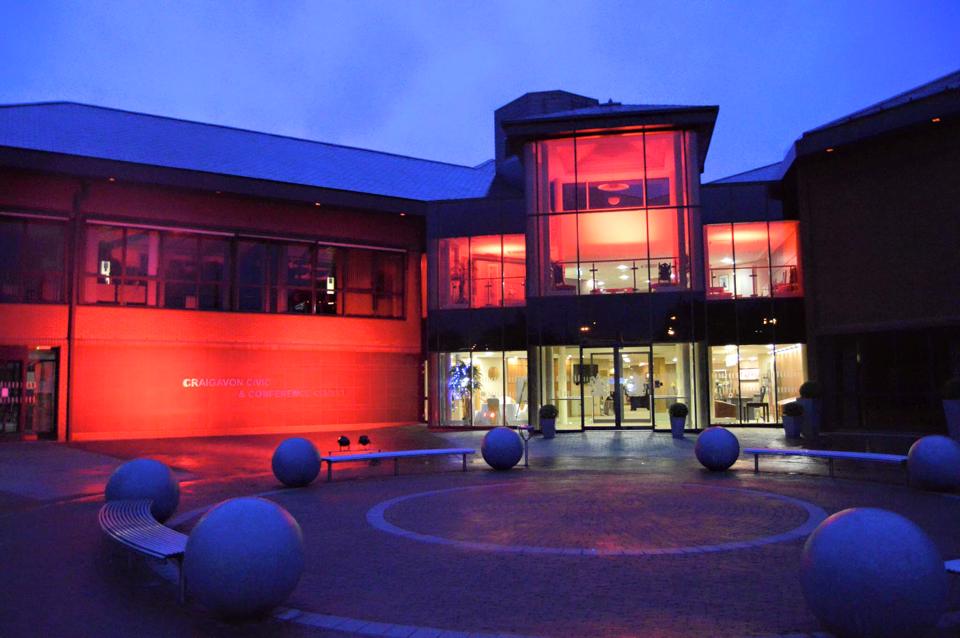 Armagh City, Banbridge and Craigavon Borough Council looks set to add World Aids Day to its schedule for the lighting of civic buildings.

The issue was discussed during a meeting of Council’s governance, resource and strategy committee where officer’s were seeking approval for next year’s lighting schedule.

Alliance party group leader, Councillor Eoin Tennyson said he would like to see World Aids Day included on the schedule for the years to come.

He informed members that other council areas had lit up their civic buildings red to mark the occasion and requested that Council do the same from December 1, 2021.

The proposal was seconded by Councillor Tennyson’s party colleague, Councillor Peter Lavery who said it is “a very important issue and one that I would like to see recognised”.

Councillor Lavery also praised the work of Council’s social media team for explaining to the public why the buildings are being lit up.

“I just want to give credit to our social media team,” said Councillor Lavery.

Councillor Julie Flaherty also praised the social media team’s efforts: “Since lockdown it has been very difficult for some of the charities to get awareness and funds raised.

“This is an area where the communications department have been fantastic. They are playing a blinder and need to be commended for that too.”

Councillors Tim McClelland and Thomas O’Hanlon also extended their thanks to the communications team.

Councillor O’Hanlon also commended the decision of officers to seek delegated authority for non-contentious requests to light up Council buildings.

“I think that is a very wise move,” said Councillor O’Hanlon.

A proposal to accept the recommendation and approve to illuminate key Council buildings on specified day was then put forward by Councillor McClelland and seconded by Councillor Flaherty.

Speaking after the meeting, Councillor Eoin Tennyson said he was delighted the committee had agreed to support his proposal.

“Huge progress has been made in terms of health outcomes for those living with HIV over the past forty years,” said Councillor Tennyson.

“However, there is still a long way to go in terms of tackling stigma and misinformation around the disease.

“Negative attitudes carry consequences for people living with HIV, many face discrimination, and the consequence of all of this is that many are less likely to seek diagnosis and treatment at an early stage.

“Lighting civic buildings in Armagh, Banbridge and Craigavon is a small but significant way for council to open a positive dialogue and raise awareness, to play our part in changing perceptions and challenging stigma, to show support for those living with the disease and of course to pay respects to those who have died from related illness.”