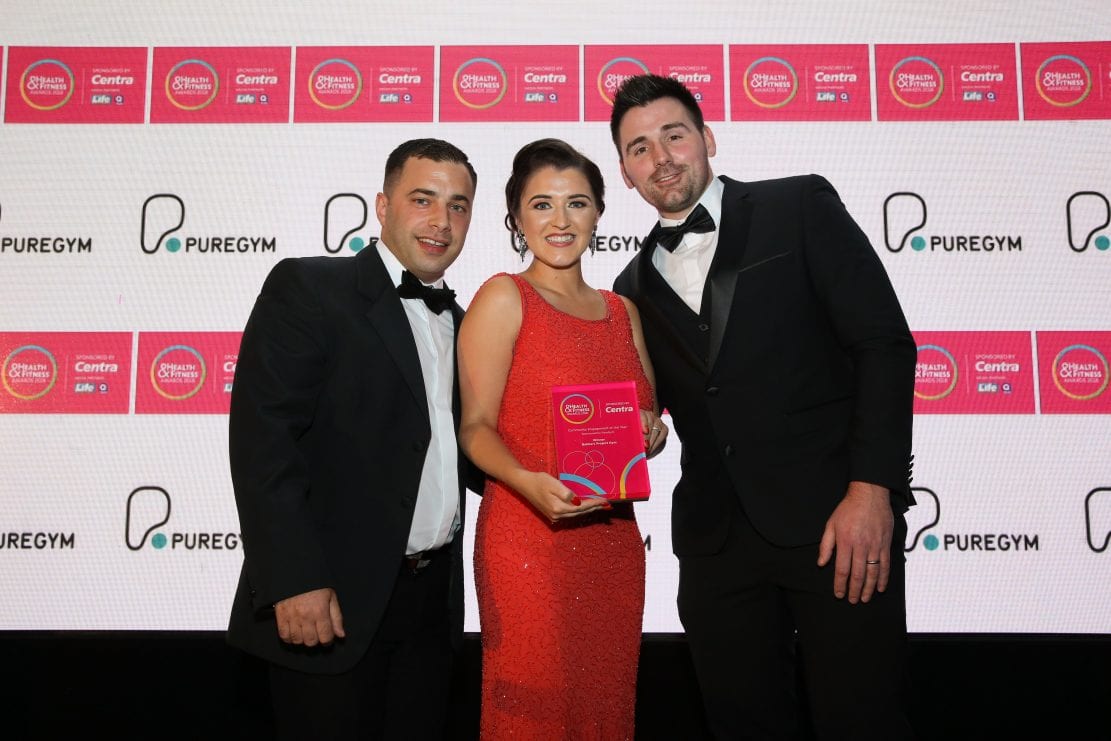 The prestigious Centra-sponsored event was held in the Crowne Plaza Belfast and 500 guests attended.

There were 20 awards across 16 categories recognising the outstanding commitment and contribution from Northern Ireland’s top health and fitness individuals, companies and community engagement initiatives.

The judges said: “In the competitive world of hotel gym facilities, Armagh City Hotel Health & Fitness Club wowed us with its approach to inclusivity for all members of the community, not just guests and members.

“The Hotel Club stands out from the crowd thanks to its commitment to its local residents, offering specialised sessions from high performance athletes to isolated members of the community.”

Speaking about Bubba’s Project Gym, judges commented: “Bubba has made a huge difference to the lives of people in their local community not only through Bubba’s Project Gym but going out and motivating community groups and classrooms. Bubba really has gone the extra mile in all he does.”

Sarah Weir, Director of Weir Events and Creator of the Health & Fitness Awards congratulated all the winners.

She said: “The awards have been created to celebrate the achievement and excellence of this incredibly hard-working industry. Despite it being the first year of the awards, we were overwhelmed by the amount and standard of entries received and the independent panel of judges had an extremely hard task of shortlisting.

“I would like to congratulate the finalists, highly commended and winners of each category, all of which should be very proud of the work they are doing and what they have all accomplished.”

Jennifer Morton, Centra Brand Manager, added: “The Health and Fitness Awards sponsored by Centra are a fantastic way to recognise the hard work, passion and dedication of people in the health and fitness industry here.

“We were inundated with entries, and I know the judges were humbled by the stories they read from people dedicated to improving physical and mental health. Congratulations to all the finalists and winners. Keep up the great work you are doing.”